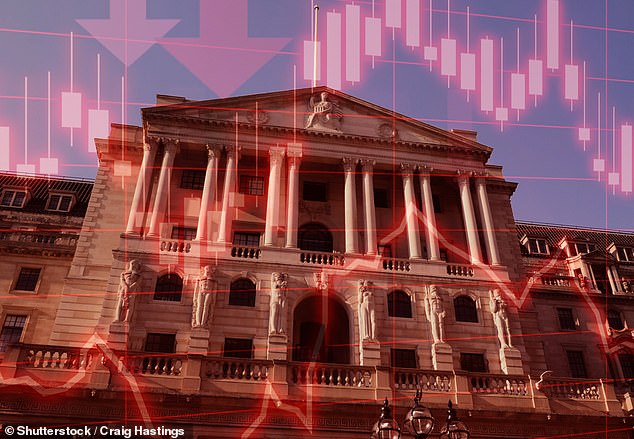 Tory donor Rokos says pound is ‘vulnerable’, as he warns recession could send shivers through society

The hedge fund billionaire’s firm, Rokos Capital Management, said in a letter to investors that the UK’s economic slump would hit hard due to the after-effects of lockdowns and countries cutting back on international trade.

In the letter seen by the Financial Times, Rokos Capital said: ‘The recession required to tame inflation in the UK is deeper than that needed elsewhere, with potentially serious societal implications. Sterling looks vulnerable.’

Concern: The Bank of England has been hiking rates, hoping that this will bring down inflation by encouraging saving rather than spending

The Bank of England has been hiking rates, hoping that this will bring down inflation by encouraging saving rather than spending.

But it also accepts that this could cause a recession.

Rokos said factors already weighing on the economy would make it harder to control inflation. Rokos, who gave almost £2million to the Tory party between 2009 and 2018, raked in profits in 2020, capitalising on pandemic volatility.

But not everyone is pessimistic. Yogi Dewan, of London wealth manager Hassium Asset Management, which manages the money of several super-rich families, said concerns were ‘overdone’.

He said inflation should fall below 5 per cent by the second half of next year without the Bank base rate going above 4.5 per cent. It is currently at 3 per cent.

Rokos Capital lost 26 per cent last year, but benefited from Kwasi Kwarteng’s mini-Budget by betting that borrowing costs would rise.

Other funds, such as Odey Asset Management, raked in returns from bets against the pound, which has sunk 10 per cent against the dollar this year.