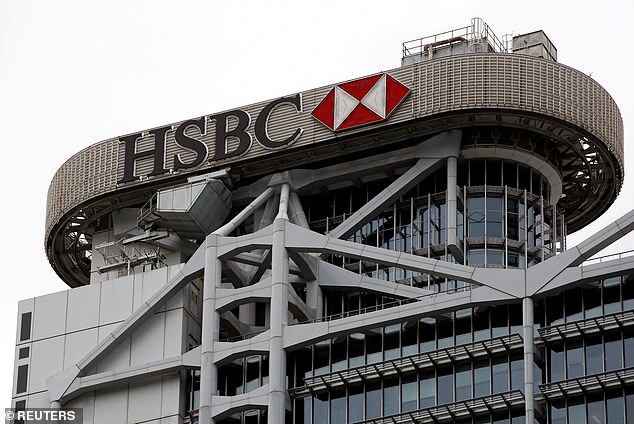 HSBC is cutting as many as 15 per cent of its 2,000 senior operations managers worldwide as it attempts to streamline its management and reduce costs.

The axing of between 200 and 300 senior positions will fall across several business units and locations, according to Reuters.

HSBC has been shrinking its sprawling global business for several years as it tries to improve shareholder returns.

Cuts: HSBC has been shrinking its sprawling global business for several years as it tries to improve shareholder returns

This week it sold its Canadian arm for £8.4billion and announced the closure of another 114 branches in the UK and the possible sale of its New Zealand business.

Chief executive Noel Quinn said yesterday that HSBC has identified £1.4billion of extra cost cuts it will make next year.

He also insisted a campaign to break up the bank by its biggest shareholder, Chinese insurer Ping An, was not directed by Beijing and not backed by other investors.

‘I do not believe it is politically motivated. Quite the contrary,’ he told the FT Global Banking Summit. ‘We’re viewed in Asia, in Hong Kong, in China, as an important international bank.

‘Based on the conversations we’ve had, that is a position that is still valued and people want us to take.’

Referring to Ping An’s campaign, Quinn added: ‘The conversations I’ve had with other institutional investors are that they do not believe there is an economic case for splitting the bank.

‘They believe there will be value destruction of a material level, not value creating.

‘Our customers do not think it is the right thing either.’