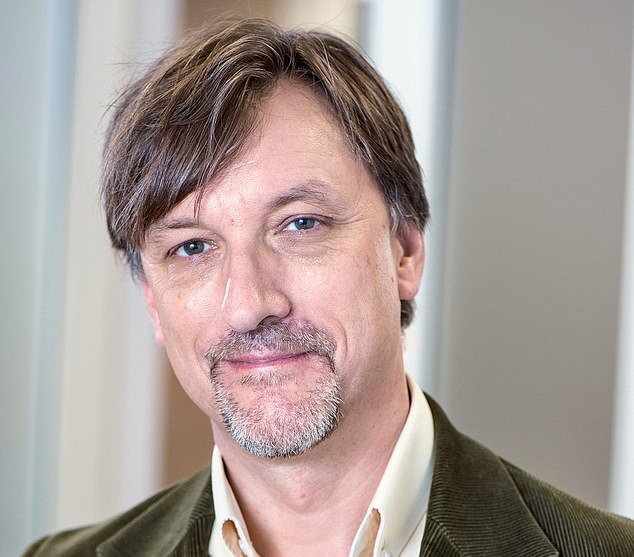 
The chair of Lindsell Train has acknowledged a ‘disappointing’ couple of years for the investment trust, which has been weighed down by the poor performance of a core holding.

Julian Cazalet said Lindsell Train Limited (LTL), which accounted for 42.7 per cent of the trust’s NAV at 30 September, had ‘suffered for more than two years of disappointing relative performance’ across all four of its equity strategies.

The Lindsell Train Investment Trust holds a 24.2 per cent stake in Lindsell Train Limited LTL, which is the fund house behind the management of the trust.

Lindsell Train investment manager Nick Train said despite poor performance, ‘the best is yet to come’ for several holdings

Cazalet said the exposure had the biggest bearing on performance, after its NAV fell 10.4 per cent and its funds under management dropped by nearly £2billion. This was driven by £1.5billion of redemptions and £400million in falling market prices.

Cazalet added: ‘The experience of recent years illustrates the investment risk inherent in a fund management business that has a singular approach to investing.

‘Although LTL offers four strategies differentiated by geography, all its portfolios are run following a consistent approach and tend to be populated with the same type of companies.’

Lindsell Train investment trust has previous had a share price that traded at a massive premium to its net aset value.

This came due to the market believing that the trust’s share price failed to reflect the value of the Lindsell Train fund management stake.

Through 2018 and most of 2019 Lindsell Train shares were consistently trading at a 30 per cent premium and at one point AIC figures show it reached 90 per cent.

While Lindsell Trust believes the approach will outperform in the long term, ‘the strategy can fall out of favour when it is seen to be generating inferior short-term returns compared with alternative strategies’.

The trust saw a share price total loss of 6.5 per cent per ordinary share, while NAV fell 3 per cent in the six months to 30 September.

Despite the disappointing performance, it outperformed the MSCI World Index total return of a 7.3 per cent decline during the period.

Investment manager Nick Train said that ‘threading through today’s macro-economic and geopolitical thickets I must work harder than usual to maintain my native optimism’.

But the stockpicker added that prospects for the businesses he has invested in are ‘brighter and brighter’.

He highlighted Nintendo as a strong performer in the portfolio which creates some of the most ‘sought-after’ content, including a 33 per cent ownership of Pokemon and rights to make its console games.

‘Gaming is an immature industry; Nintendo’s content is beloved; new sales records for its games and devices are likely to be set for years to come,’ he said.

He also said the ‘best is still to come’ for RELX, London Stock Exchange and Diageo, which Train also holds in his Finsbury Growth & Income Trust.

Analytics company RELX’s academic publishing division recently confirmed it publishes 18 per cent of global research articles and 27 per cent of all citations.

‘It’s hard to conclude anything but that RELX’s customers are going to need even more of its data and analytics services in years to come, as business and academic professionals are required to make sense of exponentially growing scads of data.’

Train said he was encouraged by the ‘chutzpah’ of LSE chief executive, David Schwimmer, who in July said he had advised on hundreds of transactions but none had been as ‘transformational and value-creating’ as LSE’s acquisition of Refinitv.

Finsbury Growth & Income has also struggled from a period of underperformance amid the rotation from growth to value, but staged a tentative comeback in October.

The fund’s NAV per share total return inched 0.4 per cent higher but it is down 10.7 per cent in the year-to-date.