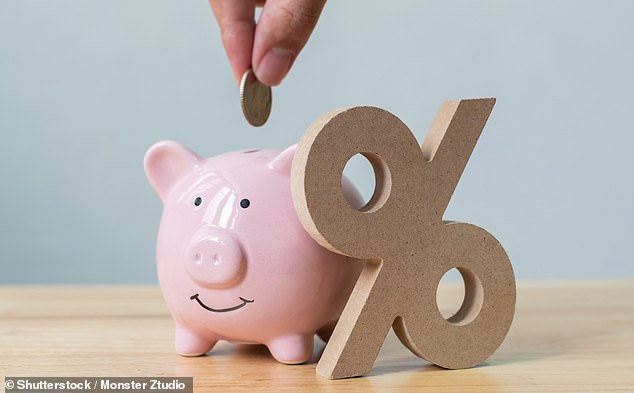 Building societies are struggling to cope with a huge demand for new accounts from savers hunting for better returns on their nest eggs.

The five biggest societies — Nationwide, Coventry, Yorkshire, Skipton and Leeds — together hold some 90 per cent of the money in the 43 societies.

They have all seen a huge increase in savers looking for new accounts, and have raised rates to as much as 2.85 per cent on easy-access accounts — a best buy from Coventry Building Society — and 3.7 per cent on one-year fixed-rate bonds.

The five biggest building societies – Nationwide, Coventry, Yorkshire, Skipton and Leeds – have all seen a huge increase in savers looking for new accounts

But Money Mail readers have found themselves hanging on for up to an hour when phoning for help with their savings accounts.

Some have also reported waiting more than three weeks to make a withdrawal through the post.

He found himself 109th in the building society’s call queue. He gave up and tried the next day only to find he was still far down at number 79.

Carol Cumner, 76, from Peterborough, Cambridgeshire, was told there were 111 people in front of her waiting for the society to answer their queries. She held on for an hour and was then cut off.

She says: ‘I immediately rang back to find I was 93rd in the queue. No thanks. I know I could go online but I prefer to speak to someone.’

At Leeds BS, 89-year-old retired wing commander Harold Talton waited nearly three weeks for a cheque to arrive when he requested to withdraw £15,000 from an easy-access postal account he held with the society.

He and his wife needed money to pay for a new boiler, car repairs and Christmas presents for their six grandchildren and six great-grandchildren.

He tried phoning the society after receiving no response to his letters and withdrawal form, but after being made to wait on the line for 45 minutes, he gave up.

Sam Richards, head of customer service at Coventry BS, says: ‘Our contact centre has been exceptionally busy over the past few weeks. We’re very sorry that this has meant longer wait times than usual.

‘The rise in interest rates is, at last, giving more people more reason to sort out their savings.’

He adds: ‘We’re recruiting and training more people to answer calls and had 30 new people join us on Monday, with more to come.’

A spokesman for Leeds Building Society says: ‘We are very sorry about the delay Mr Talton experienced following the request to withdraw his money.

‘As savings rates have increased, we have experienced exceptionally high levels of enquiries which we have been working through as quickly as possible.’

Nationwide, Skipton and Yorkshire are also leaving savers hanging on.

At Yorkshire BS a spokesman says: ‘We are currently experiencing an increase in the volume of enquiries and applications we receive, driven strongly by better savings rates.

‘Our average call answer time for November was below five minutes — down from five-and-a-half minutes in October.

‘We are doing all we can to maintain and improve service levels to the standard expected of us.’

A spokesman for Nationwide says: ‘We always do our best to answer member queries as quickly and efficiently as possible.

‘Our latest available data shows that our average speed for answering calls to savings’ members was two minutes.’

A spokesman for Skipton BS says: ‘At the moment, we’re taking around six minutes to answer calls on average.

‘That’s longer than usual, due to a mixture of market-leading savings and mortgage products, as well as more customers seeking help and reassurance with what to do with their money or borrowing in light of recent interest rate rises and general market uncertainty.’

This week, Money Mail waited eight minutes on hold before speaking to an adviser at Skipton. We managed to get through to a person at Nationwide after holding on for 13 minutes.

At Coventry we were 67th in the queue. Yorkshire said the wait would be longer than five minutes and we we finally reached a person after 13 minutes. Leeds took 16 minutes to answer.