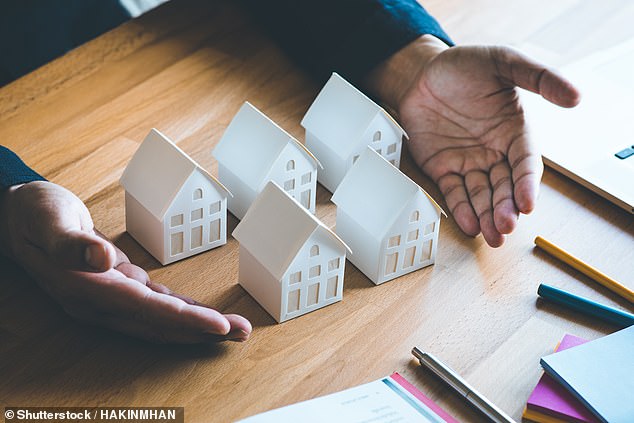 The proportion of homes sold to landlords has reached its highest level in six years, new figures have revealed.

A total of 12.2 per cent of homes were bought by a buy-to-let investor this year, up from 11.7 per cent in 2021, according to data released by the estate agent Hamptons.

This is highest share recorded since 2016, when the then-Chancellor George Osborne introduced a 3 per cent stamp duty surcharge on second home purchases as well as reducing the amount of tax relief landlords could claim on mortgage interest.

The proportion of purchases remains below its 15.5 per cent peak in 2015, the year prior to the tax changes.

However, despite the proportion rising between 2021 and 2022, fewer sales overall mean the absolute number of investor purchases are still down by around 30,000 on last year.

Nonetheless, landlord interest in property purchases appears to be rising at a time when demand is waning among first-time buyers and home movers.

Net mortgage borrowing by individuals fell from £5.9billion in September to £4billion in October, according to the latest Bank of England figures.

Mortgage approvals for house purchases also fell by more than 10 per cent to 59,000 in October, down from 66,000 in September, and down 20 per cent on the 74,400 mortgage approvals recorded in August, suggesting home-buying appetite is dissipating amid rising mortgage rates.

With month-on-month house price falls recorded by both Halifax and Nationwide, landlords appear to be seeing this as a potential buying opportunity.

Landlord resurgence: The share of homes bought by investors is back on the rise once again

The numbers of landlords registering as potential buyers in estate agent branches is up 9 per cent on last year despite an overall fall in buyer demand, according to Hamptons.

The lack of competition from other buyers is leading many buy-to-let investors to go hunting for deals. Over the last few months some landlords have taken the opportunity to snap up homes which have been lingering on the market.

The average buy-to-let investor purchasing in November did so on a home that had been on the market for 54 days – a big jump compared to the 33 day average recorded in November last year.

Rich pickings: Offers from landlords on homes without any other offers has seen a sharp rise

Last month, 37 per cent of offers by landlords were on homes without any competing offers, up from just 14 per cent in January earlier this year.

A less competitive market means that last month, just 25 per cent of investor purchases were agreed above the asking price.

This differs greatly from what property investors were offering earlier this year and last year.

The proportion of investors paying over the asking price remained above 40 per cent throughout 2021, before peaking at 48 per cent in April 2022.

Other than securing a possible bargain price from desperate sellers, landlords will be tempted by the fact that rents are rising.

The average rent in Britain recently soared to more than £1,200 a month for the first time on record.

Average rents are up 7.9 per cent across Great Britain on the same time last year, according to Hamptons.

The rapid growth means the typical rented household is now spending 44 per cent of its post-tax income on rent, the highest share since Hamptons’ records began in 2010.

Do the sums add up? Earlier in the year, many landlords struggled to make deals stack up while paying record prices and facing stiff competition from other buyers

Rental growth has surged in Scotland where rents on newly-let homes, which are exempt from the price freeze introduced by the Scottish Government in September, rose by 12.3 per cent over the last year

The average Outer London rent rose 8.9 per cent, passing the average £2,000 per month mark for the first time, while Inner London rents rose by a staggering 20.4 per cent year-on-year.

Aneisha Beveridge, head of research at Hamptons says: ‘Rising rents are tempting landlords to dip a toe back into the slowing sales market to try and pick up deals they couldn’t have got six months ago.

‘With sellers more open to negotiation and rents rising rapidly, returns for equity-rich landlords have been rising.

‘While we’re unlikely to see landlords return to buying at pre-stamp duty surcharge numbers, it’s possible they may outnumber first-time buyers in some months next year, as was common before 2016.

‘While house price growth is slowing, rental growth continues to strengthen, offsetting some, but not all, of landlords’ increased costs.

‘It’s these rising costs which are likely to mean rental growth will remain high for the next few years.

‘In Scotland, where landlords are capped in their ability to pass on higher costs to sitting tenants, rents on newly-let properties will likely continue topping the growth charts.

‘When a tenant leaves and a home is re-advertised, the jump back up to market rate is much larger.’

So far this year 56 per cent of new buy-to-let purchases have been in locations with average yields of 6 per cent and above.

A decade ago only 40 per cent of investor purchases were targeting areas with such high yields.

The rental yield is the percentage of return you can expect to make back on the purchase price each year.

All the top 10 yielding locations in the UK are in Northern England or Wales, where house prices tend to be below the national average.

Yield hunters: Hartlepool offered new investors the highest average gross yield (9.9%) in 2022. All the top 10 yielding locations were based in Northern England or Wales

Hartlepool offers new investors the highest average gross yield in England and Wales, according to Hamptons, offering up an average 9.9 per cent.

North East Lincolnshire is the highest yielding location across the Midlands, offering a typical 8.2 per cent yield.

Portsmouth is the highest ranked local authority anywhere in the South of the country, coming in with average gross yields of 6.4 per cent.

Meanwhile Bexley is the highest yielding London Borough, but with an average gross yield of 5.9 per cent.