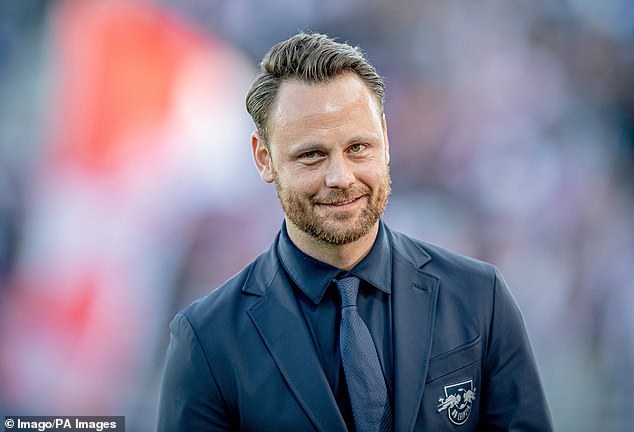 Chelsea have confirmed the appointment of Christopher Vivell as their new technical director.

Vivell previously worked at RB Leipzig in the club’s recruitment and scouting departments before leaving the role in October to take up a position as an advisor at Stamford Bridge in October.

He has now been named the club’s new technical director, and will begin his role immediately.

Following his appointment, Vivell told Chelsea’s official website: ‘Chelsea are building the most exciting project in global football and I’m extremely proud to be joining the club.

‘There is so much potential for the club to continue to succeed, develop and grow. Under the new ownership, Graham Potter and the broader sporting team, there is a clear and sustainable philosophy underpinned by performance analysis, data and innovation, and I am looking forward to playing a part in that.’

Chelsea owner Todd Boehly and Behdad Eghbali, the club’s co-controlling owner, added: ‘We are delighted that Christopher is taking up this important leadership role at the club. His work in Germany and Austria speaks for itself.

‘We are confident he will continue on his impressive trajectory here at Chelsea. He will provide important support to Graham and the ownership group and play a vital part in advancing our overall vision for the club.’

Replacing Petr Cech, who stepped down as Chelsea’s technical advisor in June, has proved a difficult task for Boehly.

The Premier League outfit tried to tempt Michael Edwards and Christoph Freund to west London, but failed to get deals over the line for either man.

They then turned their attention to Vivell, who has a strong track record having also worked at Red Bull Salzburg prior to moving back to his homeland to join Leipzig.

During his time in Austria, Vivell was responsible for signing Erling Haaland back in 2019.

Haaland scored 29 goals in 27 matches for Salzburg, before earning a move to Borussia Dortmund the following year.

He has since gone on to establish himself as one of the best strikers in Europe, and has made a flying start to his time at Manchester City, netting 23 goals in 17 appearances this season.