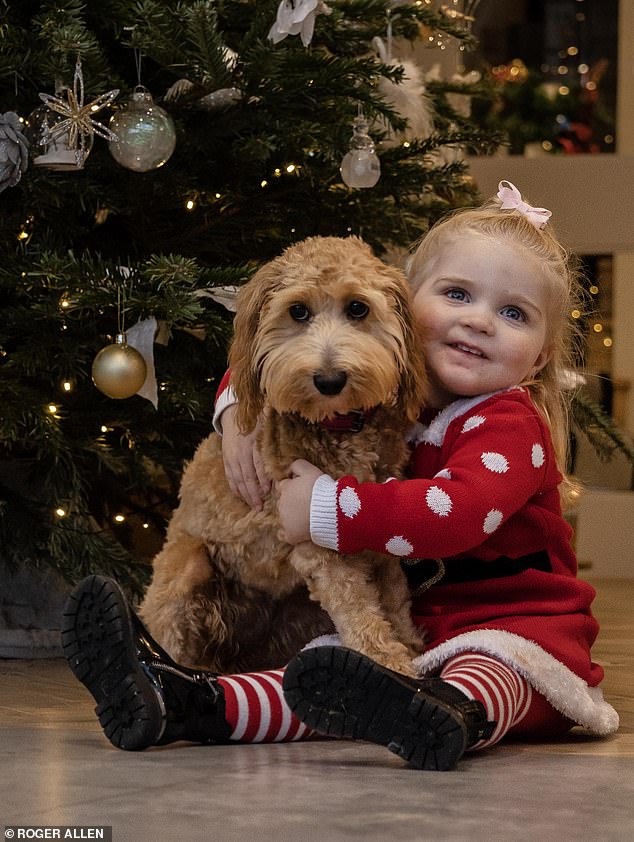 By Mary O’connor For The Daily Mail

All they wanted for Christmas was a loving new home. Now these once abandoned dogs have had their wish granted – thanks to the generosity of kind-hearted Mail readers.

Earlier this month, we reported on the animals’ plight, with many given up by breeders who could not sell them in the cost of living crunch.

Others were saved from cruelty but the majority came from owners who couldn’t afford to keep them. They were rescued and cared for by Sylvia Van Atta, 65, who has run the Many Tears charity, based near Llanelli, Carmarthenshire, for 20 years. Thankfully, many of the animals have been taken in by loving families.

Among them is cuddly cockapoo Bailey, who nestles in toddler Paisley’s arms after her family adopted the dog. ‘When we saw her in the Mail, we just had to help,’ said her grandmother Eugenie Hill, of Hemel Hempstead, Hertfordshire. ‘Bailey is settling in brilliantly and everyone’s in love with her.’ Willow, a German shepherd, is also enjoying life with her new family, the Workmans, from Honiton, Devon. Daughter Gemma, 21, said: ‘She’s like a very large puppy. Curious about everything.’

Mrs Van Atta said: ‘I want to say a big thank you to all the Mail readers who helped out. We couldn’t have done it without you.’ For further info, see www.manytearsrescue.org

Willow, a German shepherd, is also enjoying life with her new family, the Workmans, from Honiton, Devon