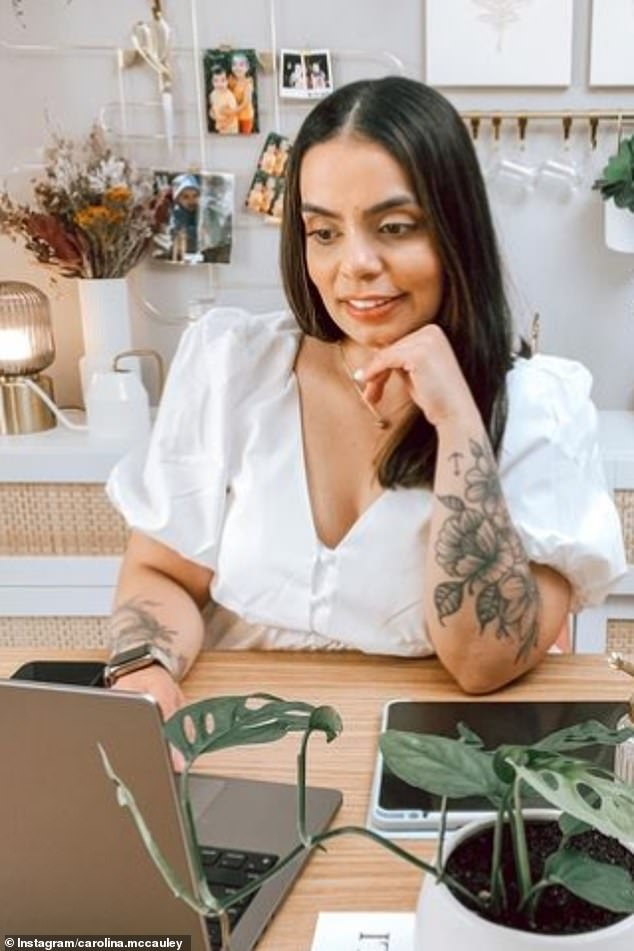 A house-proud mum has revealed exactly how she keeps her whites looking brand new, despite having two young children, and it’s super easy.

Carolina McCauley from Perth, Western Australia, shared a video to show her 2.4million followers how they can keep their white’s looking whiter too.

The mother-of two starts the video by showing off her bed, which is dressed in white linen and cream throws.

First she wipes out her washing machine, to make sure ‘it is spotless’, then she puts half a cup of Baking Soda in the empty drum.

Next she adds her white sheets before warning people to ‘go easy’ on the laundry detergent.

Next she adds a cap of hydrogen peroxide to the laundry detergent.

Then she puts vinegar in the fabric softener slot before washing them in hot water.

She said she always sun dries her sheets or puts them on a low heat in the dryer.

And people were thrilled with the video.

‘Thanks – I always struggle with whites, they look dull at my place but I will try this,’ one woman said.

While another said she also uses vinegar and hydrogen peroxide and ‘swears by them’.

But some people were quick to point out problems with Carolina’s hack.

‘heard that vinegar in front loading machines could damage the rubber gasket around the drum,’ one woman said.

‘Don’t use Hydrogen peroxide and Vinegar in the same load, it makes peracetic acid and it’s super corrosive,’ said another.

While others commented: ‘Vinegar smells bad though’.