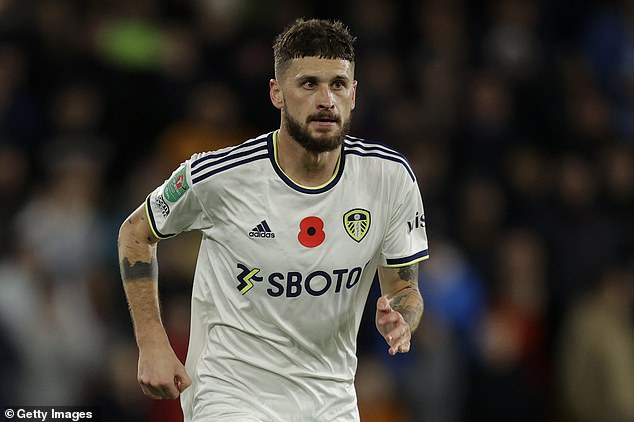 DC United has announced the signing of Mateusz Klich from Leeds United on a two-year deal.

The midfielder joined the club in 2017 and helped Leeds gain promotion to the Premier League in 2020.

Klich played a significant role in Leeds’ first two seasons back in the top flight but hadn’t started a game this year for Jesse Marsch’s side.

He should certainly find more playing time in MLS, as DC United coach Wayne Rooney reveled he’s been keeping tabs on him for three years.

‘Mateusz is a first-rate midfielder who will add top-level experience to our roster,’ Rooney said in a team statement.

‘I’ve been watching him since he helped lead Leeds to promotion to the Premier League and his vision, range of passing, and scoring ability will be a huge asset for us this season.’

Klich scored 24 goals and recorded 21 assists in 195 matches across all competitions.

That includes a four-goal, five assist season during Leeds’ return to the Premier League in 2020-21.

‘This offseason was important for us to analyze our roster and see where we can make improvements after a disappointing 2022 season,’ DC United President of Soccer Operations Dave Kasper said.

‘Bringing in a top class designated player was atop our priority list and Mateusz has played at the highest levels for both club and country. He will add a ton of experience in the midfield and will be an impact player for us this season and beyond. We’re excited to welcome him to the Nation’s Capital.’