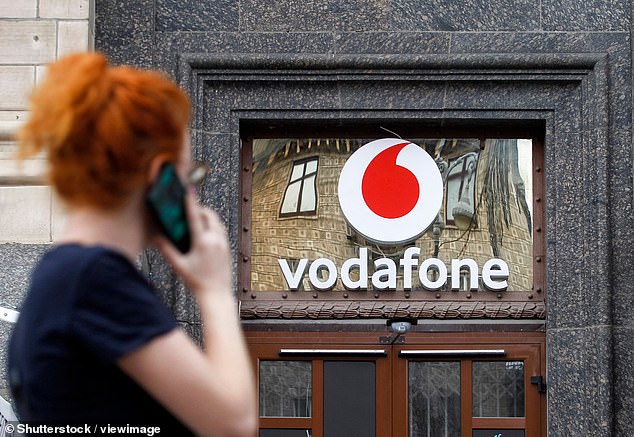 Vodafone has appointed the chief executive of its Italian business Aldo Bisio as group chief commercial officer, as part of a major-shake up of senior management.

Bisio, who joined the group in 2014, will take on the new role with immediate effect but will hold onto his current job.

Meanwhile the boss of Vodafone Spain Colman Deegan will step down from the role on 31 March as the country joins the group’s ‘European Cluster’, reporting to Serpil Timuray, the group told investors on Thursday. Deegan will continue to work with interim group chief executive Margherita Della Valle until the end of July.

Shake-up: The boss of Vodafone Spain has stepped down in the latest shake-up of senior management at the telecoms giant

Vodafone shares rose today and were up 4.82 per cent or 4.23p to 92.05p this afternoon.  But the group’s share price has fallen over 20 per cent in the last year and is down about 60 per cent on a five-year basis.

In December, Vodafone announced that group chief executive Nick Read was leaving the company after four years by mutual consent. He was replaced by chief financial officer Della Valle on a temporary basis.

The executive shake-up follows a challenging period for Vodafone, which in November warned on profits.

It cited higher energy costs, fierce competition in Spain and Italy, and a weak performance in Germany, its biggest market accounting for around 30 per cent of group revenues.

Della Valle said: ‘I want to thank Colman for his leadership of Vodafone Spain and congratulate Aldo and Serpil on their new responsibilities as we work together to accelerate our commercial performance and drive shareholder value.’

On Monday, Vodafone confirmed it was selling its Hungarian arm. Just shy of half of the business will go to the Hungarian government while 4IG’s Antenna Hungaria, the provider of national digital terrestrial television and radio in Hungary, will receive a 51 per cent stake.

Hungary’s economy minister said the purchase would strengthen Hungarian national ownership in a sector with the deal expected to close at the end of the month. subject to customary conditions.

Back in October, Vodafone confirmed talks with Hutchison’s Three over a merger in Britain to create a UK market telecoms leader which would surpass EE and Virgin Media O2 in terms of mobile customer numbers.