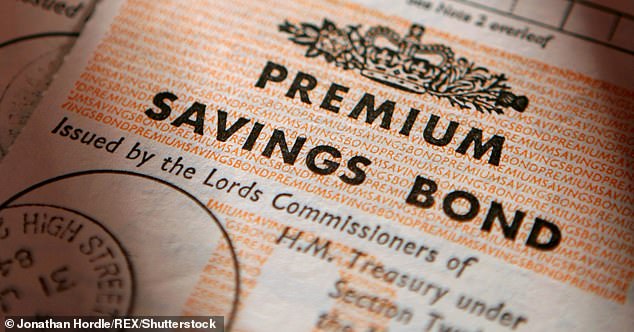 Savers with some of the very first National Savings and Investments Premium Bonds have won Ombudsman cases, as successful customer complaints doubled.

One woman with a 1960 Premium Bond was told she was never the rightful owner, while another customer saw NS&I delete his late grandmother’s Premium Bond and order him to repay £2,500 of prize cash.

The cases highlight how easy it is for errors to creep in when dealing with a savings product as old as Premium Bonds, which were first introduced as paper certificates back in 1956.

But these grievances are also part of a wider trend of complaints against NS&I that has seen customer cases upheld by the Financial Ombudsman Service (FOS) more than double in 2022.

In one case last year, a woman who owned one of the first ever Premium Bonds, issued in 1960, was told by NS&I she was not the rightful owner – despite her owning a physical paper copy of the bond.

The woman, identified by the FOS only as Mrs B, worked out that one of her 83 Premium Bonds had mysteriously disappeared.

When she queried this with NS&I, she was told the bond no longer existed and had been cashed in by another customer in 1998.

>> How long does it take to get money out of Premium Bonds?

But Mrs B was adamant she was the rightful owner of the bond, and still had a paper copy of it dating back to 1960 to prove it.

So she turned to the FOS, which ruled that NS&I had indeed made a mistake – but back in 1960, when Mrs B had first bought the bond.

The woman had paid for the bond fair and square but was actually given another customer’s bond certificate due to a mistake by an NS&I clerk.

The certificate for the bond she bought is still lost, but in that time the original customer of the disputed bond had cashed it in, leaving Mrs B with a Premium Bond certificate – but no bond to back it up.

That went unnoticed by either side until more than six decades later, and the FOS has asked NS&I to pay the woman £100 in compensation.

What are NS&I Premium Bonds?

Another case saw a man inherit a 1963 Premium Bond from his grandmother, which NS&I told him had won £2,800 in prizes.

But years later NS&I asked him to repay most of the prize cash before deleting his bonds and closing his account.

The man, Mr G, was given a Premium Bond in August 2016 that had been bought by his late grandmother in 1963.

NS&I asked him to repay the cash and closed his account with the £301 still in it.

The FOS said the man had been ’caused some avoidable distress as a result of NS&I’s mistake ‘.

The Ombudsman ordered NS&I to pay Mr G back £175 on top of the £75 he had already been awarded, and to have his account reopened with his grandmother’s original Premium Bond.

An NS&I spokesperson said: ‘We always strive for the highest levels of customer service, and will always investigate any complaints where we may have fallen below our usual high standards.

‘Customers also have the right to take their complaint to the impartial FOS who will review all available evidence and reach a decision that they believe is fair for both parties. Although we are disappointed when a customer chooses to take their case to FOS, we will always respect the ruling that they make.’

NS&I is the biggest savings firm in the country, so you might expect it to rack up a few complaints.

But the savings firm has an average score of 1.2 stars out of 5 on the review website TrustPilot, with most complaints focusing on log-in issues and customer service.

Last September hundreds of NS&I customers were locked out of their accounts due to its new online login system.