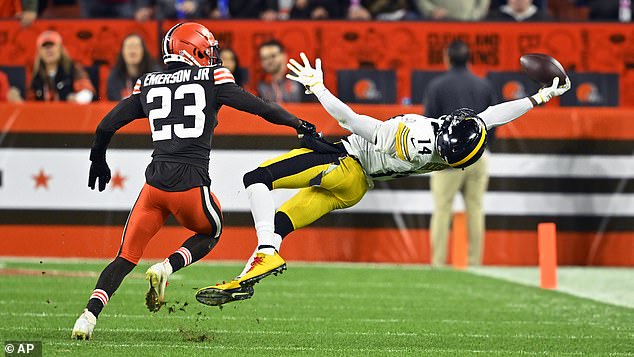 ‘This catch is filthy’: Steeler’s wide receiver George Pickens steals the show with insane one-handed grab to set up Pittsburgh’s first touchdown against the Browns Receiver George Pickens hauled in a 36-yard reception with a one-handed catch  Mitchell Trubisky launched a pass down the right sideline but it looked too far  However, Pickens leaped into … Read more