She welcomed her second child nine weeks ago.

And Casey Batchelor has now revealed that she is close to regaining her pre-baby body as she took to Instagram on Wednesday evening to share a trio of images throughout her pregnancy and post-baby journey.

The mum-of-two, 35, displayed her blooming bump in the first snap, while then posting a progress shot from nine days after birth and then an amazing nine weeks after snap, which showed her hard work is paying dividends.

Wow: Casey Batchelor has now revealed that she is close to regaining her pre-baby body as she took to Instagram on Wednesday evening to share a trio of images throughout her pregnancy and post-baby journey

Casey, who also has daughter Florence, 21 months, with fiancé Dane Goodson, posed in the same outfit in her trio of images as she showcased her weight

Adding a caption on the snap, Casey wrote: ‘9 Months In VS. 9 Days Out VS. 9 Weeks Out. Today I am 9 weeks postpartum…  My body is slowly coming back but it takes time. The female body is just incredible…

‘It amazes me how 9 weeks ago a tiny human was inside of me and now at 9 weeks postpartum you would never know!

Shortly before sharing the image, Casey candidly discussed her ‘jelly belly and huge boobs’ and how she learnt to control her cravings during her second pregnancy in an interview with Closer Magazine. 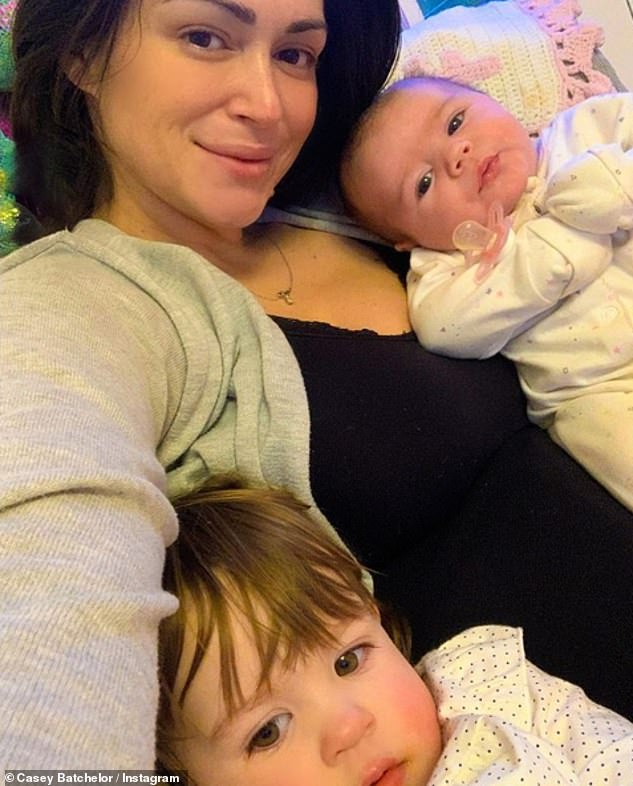 Family: Casey, 35, is the proud mum to Florence, 21 months, and Sadie, five weeks 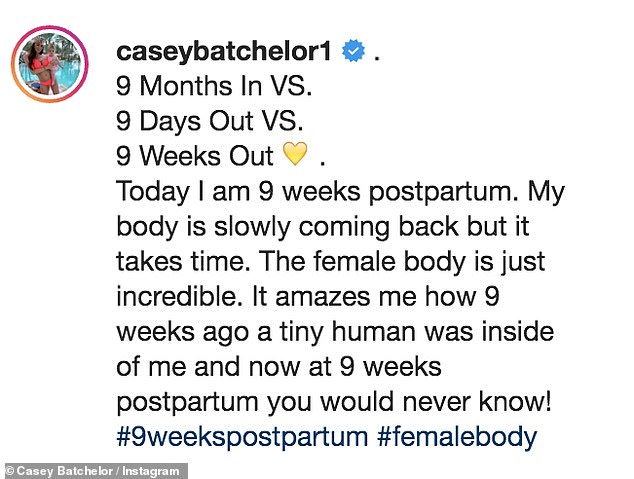 The Celebrity Big Brother star revealed: ‘My uterus hasn’t shrunk back yet, I’ve got a jelly belly and my boobs are huge…

‘But my body has created a baby, which is an incredible thing. During my first pregnancy, I was called a “whale that should be harpooned”, and in my second, “an oil rig”.

‘Maybe trolls don’t realise that your body doesn’t just spring back after birth, but I don’t want other women to feel bad about themselves.’

Casey dropped a staggering four dress sizes after the birth of Florence, going from a size 16 to an 8. 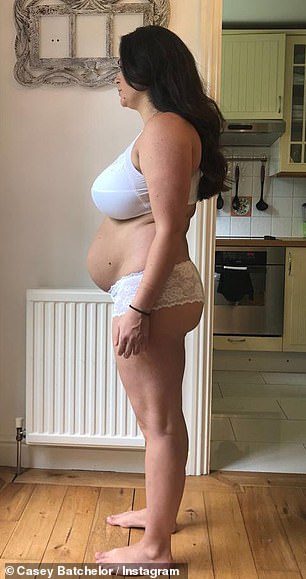 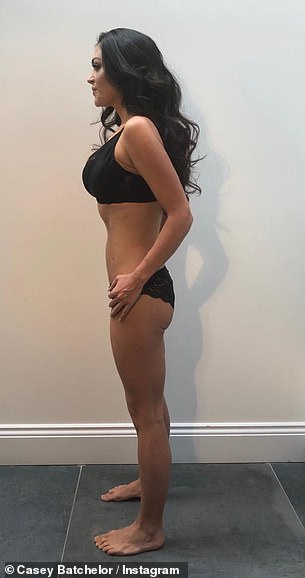 Taking it slowly: Last year, the television personality showcased her four and a half stone weight loss after giving birth to her daughter Florence

The former Celebrity Big Brother star wowed with her transformation from her love of yoga and launched her own fitness platform Yoga Blitz.

‘I was so naive the first time around and gained almost 5st, I thought, ‘Oh, it will just come off!’, so I went to town and was eating 12 Krispy Kremes in one sitting, or a whole packet of Digestives,’ Casey said of her first pregnancy.

‘I was more careful this time, until the end of my pregnancy, when I ate rubbish again. But I think it helped being fitter beforehand as I felt I coped with the pregnancy better.’ 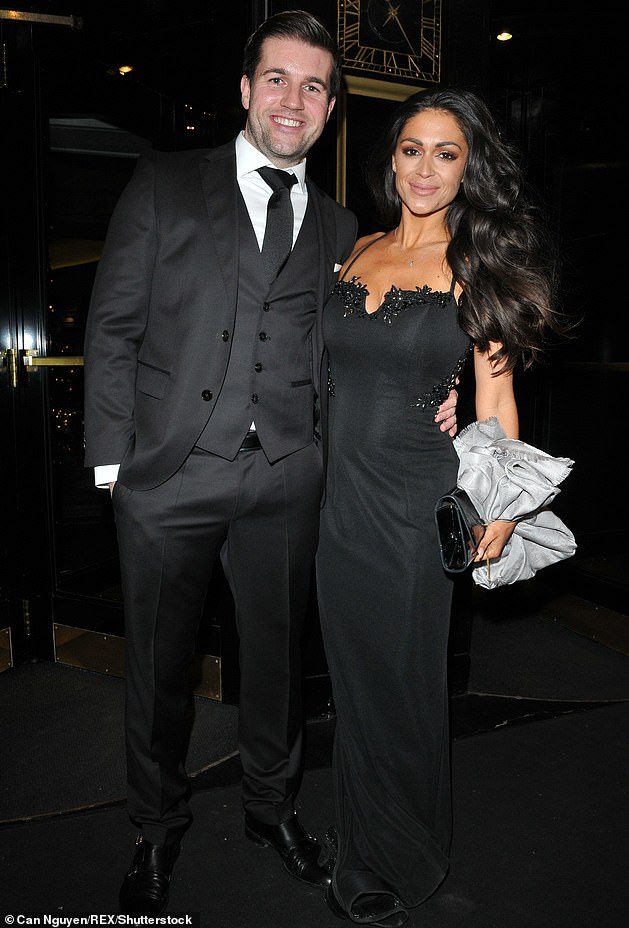 Parents:  Casey is engaged to businessman Dane Goodson and the couple hope to have more kids (pictured November 2018)