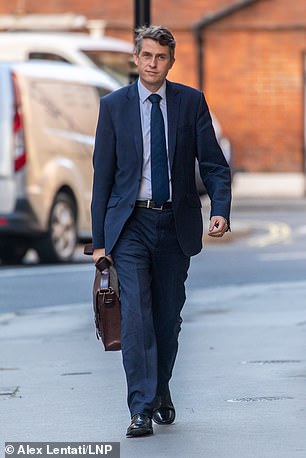 Labour has called for next year’s A-level and GCSE exams in England to be pushed back in order to cope with the impact of the coronavirus crisis on pupils.

Shadow education secretary Kate Green said pupils entering Year 11 and 13 who have lost up to six months of teaching time face ‘a mountain to climb’ unless the timetable is changed.

Ms Green said exams due next May need to be delayed until June or July to facilitate extra teaching time.

The shadow education secretary said: ‘Pupils across the country who have missed out on vital teaching time will have a mountain to climb to prepare for May exams unless the Government steps in.

‘Ministers had warning after warning about problems with this year’s exam results, but allowed it to descend into a fiasco.

‘This is too important for Boris Johnson to leave until the last minute. Pupils heading back to school need clarity and certainty about the year ahead.’

Labour is also urging ministers to review the existing support arrangements for post-16 students so that pupils preparing to sit their A-levels are not left without help.

Paul Whiteman, general secretary of school leaders’ union NAHT, said: ‘What is most important is that we don’t see a repeat of this year’s chaos.

‘Poor planning and last-minute changes by the Government caused misery for many students. It would be indefensible if that happened again.

‘Labour’s suggestion of a delay to help with ‘catch-up’ is worthy of serious consideration.

‘A delay is not without its problems, a consequential delay to the publication of results will put pressure on higher education providers such as universities and colleges as well as employers. All this will need to be dealt with.’

One Tory MP has warned that students taking GCSEs and A-Levels next year face a 50/50 chance they could be scrapped again. 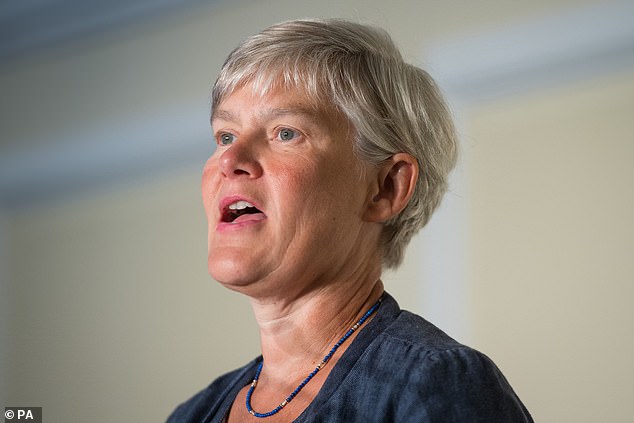 Robert Halfon, chair of the Commons Education Committee, issued the warning amid sustained criticism over the Government’s handling of exam results this summer and their wider approach to education during the pandemic.

The MP for Harlow told the Sunday Times he wants exam regulator Ofqual to be set a deadline in October to decide whether to scrap exams next year and again award grades based on teachers’ assessments.

Mr Halfon is expected to issue this message this week before delivering it to education secretary Gavin Williamson on September 16.

Ofqual chairman Roger Taylor is to face questions from MPs as pupils return to classrooms this week, when he appears before the committee on Wednesday.

Mr Williamson is then set to be grilled about the A-level and GCSE results fiasco on September 16.

Mr Halfon argued the decision on next year’s exams should be made quickly so teachers can prepare.

He said: ‘It is 50:50 that exams go ahead next summer. Schools, the Department of Education and Ofsted need to work out…how much disruption there will be to pupils’ learning in the coming year.

‘Serious analysis needs to be done and then they need to make an announcement about exams within the next few weeks.’

A Department for Education spokesperson said: ‘We recognise that students due to take exams next summer will have experienced disruption to their education, which is why we prioritised bringing Year 10 and Year 12 pupils back to school last term.

‘Exams will go ahead next year, and we have been working closely with the sector, Ofqual and exam boards to consider our approach.’

The under-threat Education Secretary has staked his future on the full return of schools, after overseeing the exams fiasco that unfairly graded thousands.

But yesterday a survey of nearly 6,000 school staff found that more than a third felt the Government’s approach to safety ‘won’t work’ and will leave them ‘at risk’.

In a separate survey, at least 700 head teachers said they would not be allowing all of their pupils back at once, instead opting to use the first weeks of the new school year as a transition period. 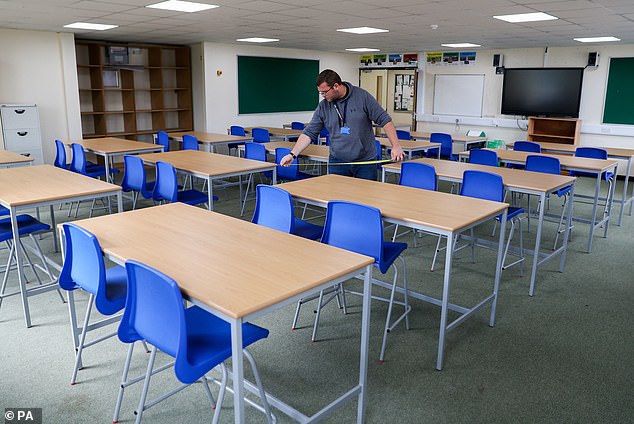 According to The Telegraph, around three per cent of those surveyed at the National Association of Head Teachers (NAHT) plan to welcome pupils back in stages.

The NAHT said the number of schools postponing a full reopening only represented a ‘tiny percentage,’ of those surveyed.

Paul Whiteman, general secretary of the NAHT, said: ‘Please do not let the very public political difficulties and arguments cloud your confidence in schools.

‘With co-operation and understanding between home and school we can achieve the very best return possible despite the political noise.’

The NAHT figures come after 28 per cent of staff said they may not comply with the test and trace system if there is a coronavirus outbreak at their school, because they do not trust the Government with their data.

According to the poll by the Times Educational Supplement, 88 per cent of school staff in England said they lack confidence in the ability of the test and trace policy to make school openings safe.

But heads’ union leader Geoff Barton said that although there ‘will be lapses from time to time’, safety procedures ‘will improve’ as pupils and teachers get used to them.