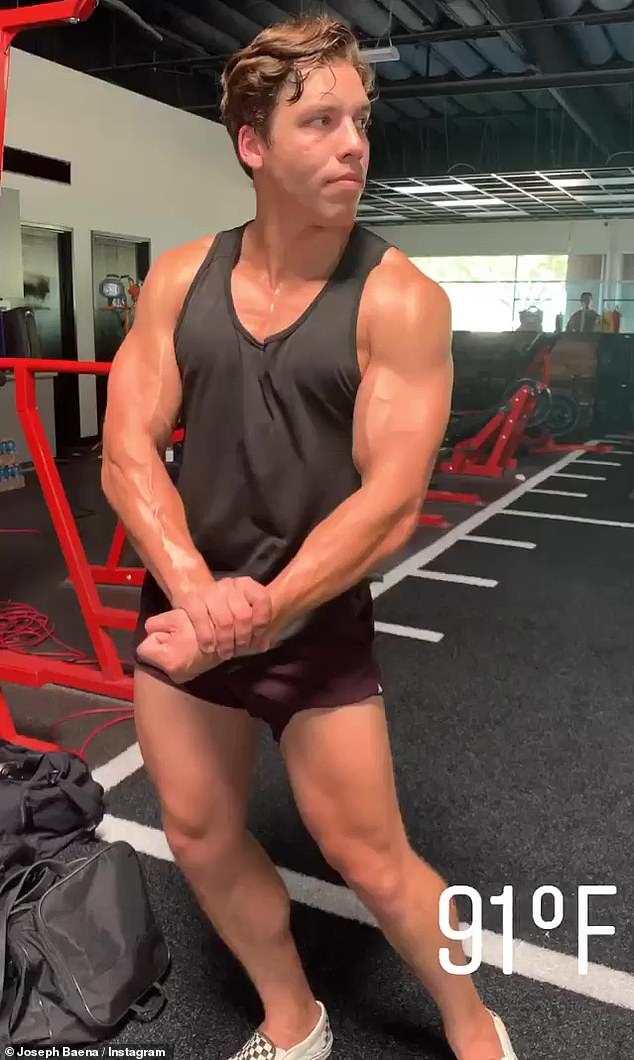 The 22-year-old aspiring strongman seems to morph closer and closer into his legendary bodybuilder dad with every social snap he posts.

On Wednesday Joseph took to his Instagram story to show his 188K followers just how much progress he continues to make as he flexed his muscles for the camera and showed off one of Arnold’s signature poses.

Spitting image: Joseph Baena, 22, the ‘love child’ of Arnold Schwarzenegger is every bit his father’s child as the aspiring strongman channels signature poses from his dad’s bodybuilding days 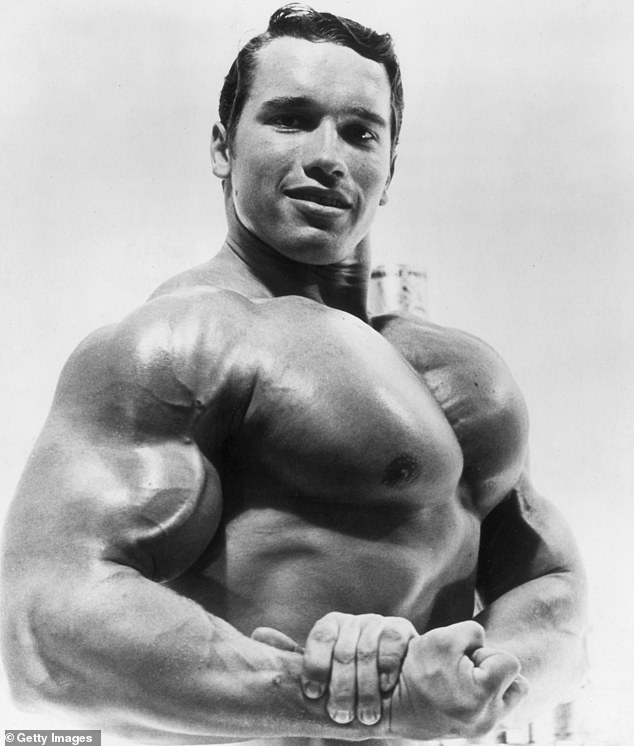 Got it from his father: Arnold Schwarzenegger the most famous bodybuilder in the world has passed his love of fitness and competitive spirit onto his son Joseph ;pictured in Germany 1967

Taking a page from Arnold’s book, Baena flexed channeled his world champion dad as he showed off his incredibly built physique.

For his gym outing Joseph made sure that all muscles were on display, opting to train in a small pair of maroon shorts and a dark tank top.

The avid gym-goer has previously credited Arnold for being the ‘best training partner in the world’ which comes as no surprise. 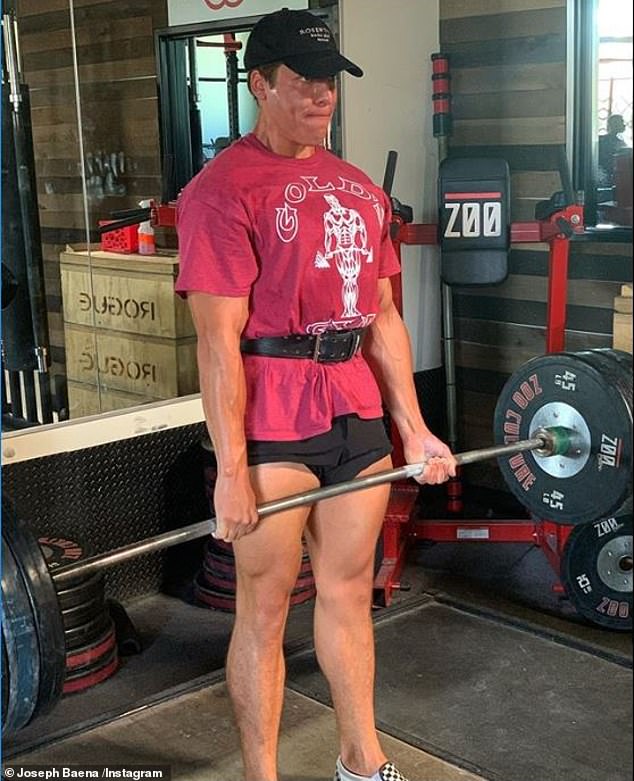 Late start: Arnold said he had no idea that Joseph was his son until he started to see a resemblance when the boy turned seven or eight and ‘started to look like him.’ 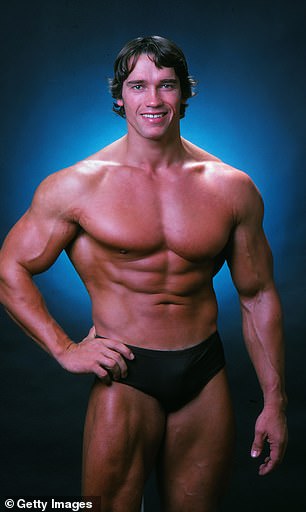 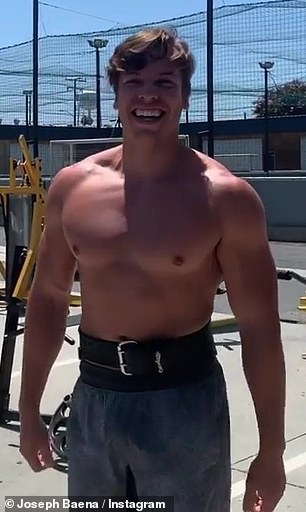 Twins: Arnold Schwarzenegger and ‘love child’ son Joseph Baena look identical in side by side snaps

Baena and his father Arnold only developed a true relationship once news of his extramarital affair with the family’s former housekeeper, Mildred Baena, came to light in 2011.

Arnold said at the time that he had no idea that Joseph was his son until he started to see a resemblance when the boy turned seven or eight and ‘started to look like him.’

After recovering from the tremendous pain the situation caused his ex wife Maria Shriver and their four kids Katherine, 30, Christina, 29, Patrick, 26 and Christopher, 22, Schwarzenegger and Joseph began to get close.

The two frequently train together at the gym and go for bike rides as the pair seem to have developed a fruitful and close father-son relationship. 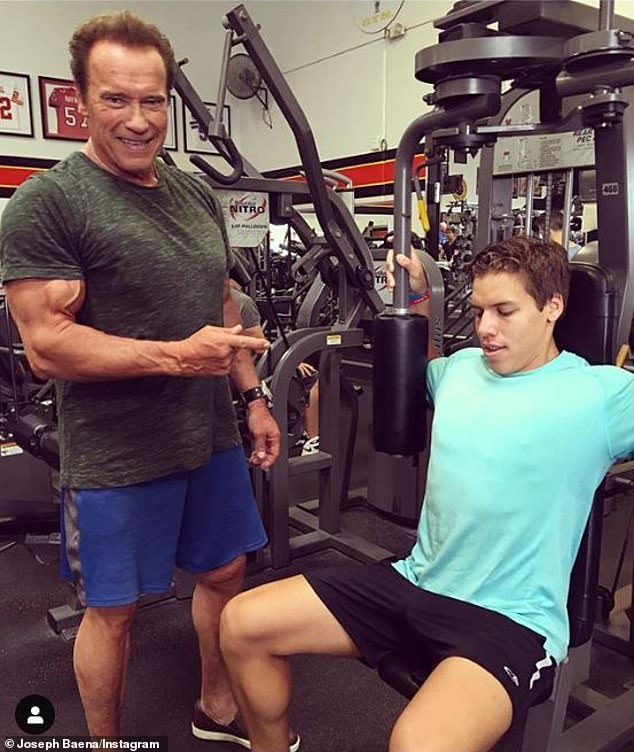 ‘Best trainer’: Joseph and Arnold regularly train together at Gold’s Gym. Due to the pandemic they have had to make some adjustments though it seems Joseph often trains privately with his world-class dad