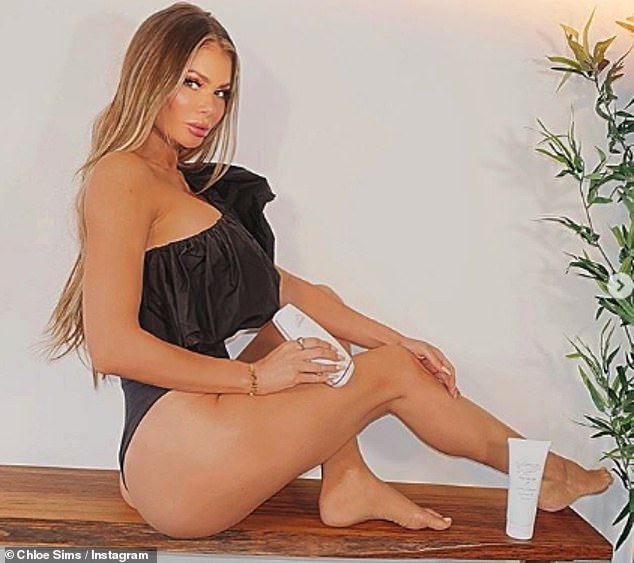 She has been working hard on her fitness, working out with celebrity personal trainer Michael Evans.

The TOWIE star, 37, slipped into an asymmetric swimsuit which featured a dramatic ruffle across the bust, highlighting her surgically-enhanced cleavage.

Wow factor: Chloe Sims sent pulses racing as she slipped into an asymmetric swimsuit for a racy Instagram post on Thursday

Chloe also flaunted her pert derrière in a thong one-piece as she seductively posed on a wooden bench.

She wore her brunette locks in a centre parting and enhanced her Essex tan with a glowing make-up look.

The television personality appeared in her element as she struck a number of poses for the sizzling snaps. 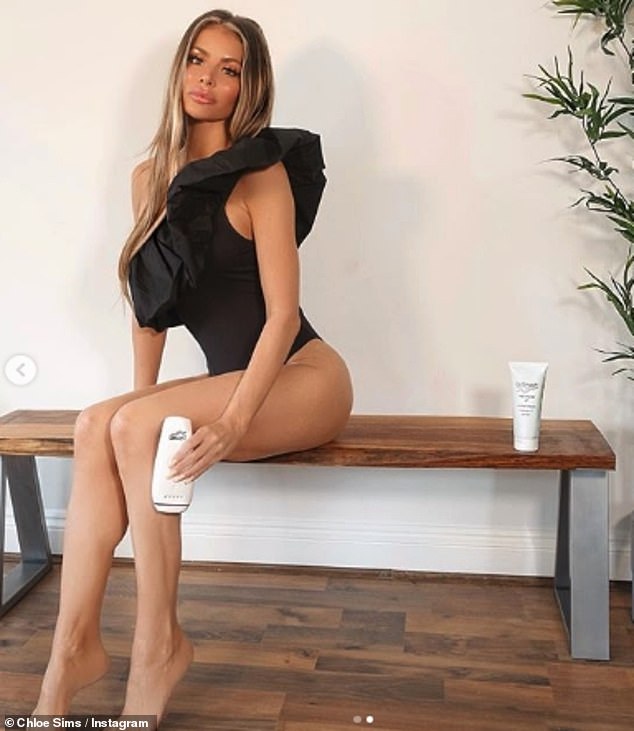 Racy display: The swimsuit featured a dramatic ruffle across the bust, highlighting her surgically-enhanced cleavage

Chloe has been busy filming for TOWIE, and last month, ITV released a trailer ahead of its special 10th anniversary reunion episodes which air in September.

The hit ITVBe show posted a video to Twitter of key moments from the show’s history including when Lauren Goodger pushed ex Mark Wright into a swimming pool.

Other hilarious parts include Sam Faiers asking for a vajazzle and Gemma Collins telling people to ‘Google her’.

‘Things are about to get REEM, You ain’t ready for this candy! #TOWIE10 on @ITVBe.’

Although several familiar faces have been lined up to appear on the special, including Chloe’s cousin Joey Essex and Danielle Armstrong, main man Mark Wright is said to have ‘moved on’ and is not planning a comeback reports The Sun. 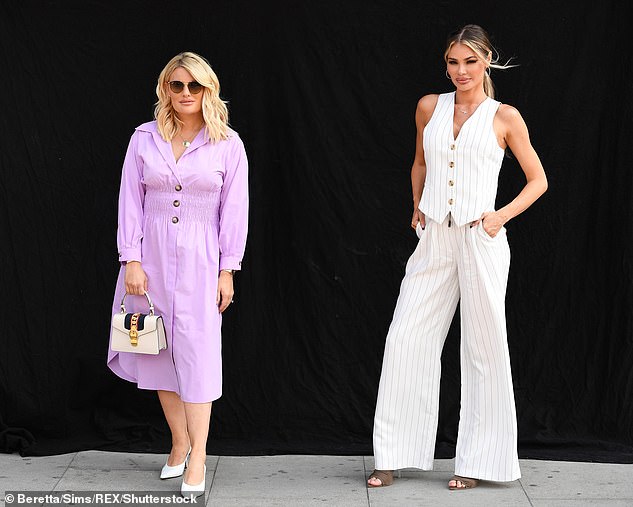