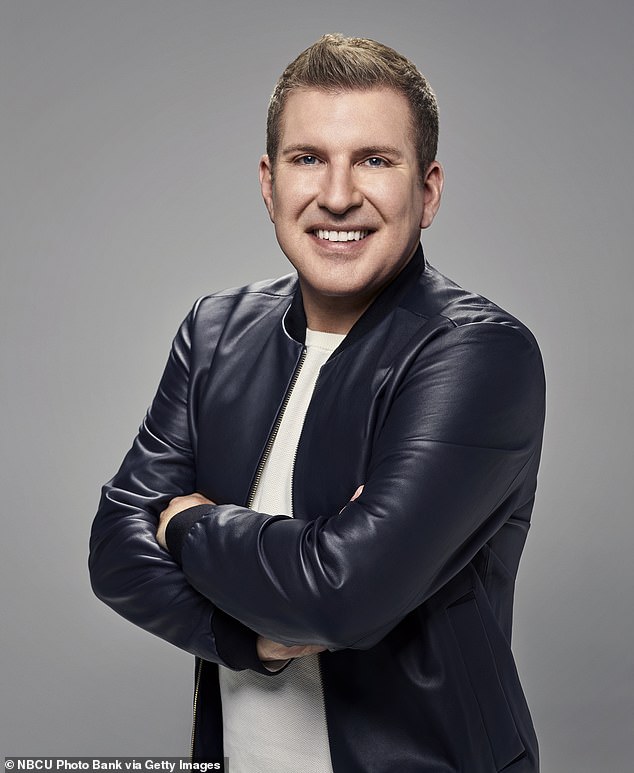 And over the weekend, Todd Chrisley didn’t mince words or spare anyone’s blushes when he took on a troll posting mean comments to his daughter Savannah’s Instagram.

Sharing a screen shot of the comments to his own Instagram, Todd, 51, commented: ‘@tiffanygirlsnyc I sat with your message that you sent to @savannahchrisley and today since I had a few minutes, I decided to allow my f**dom to manifest enough to say ‘F*** off’.’

Reality star claps back: Todd Chrisley didn’t mince words or spare anyone’s blushes when he took on a troll posting mean comments to daughter Savannah’s Instagram over the weekend

The Georgia realtor became upset after the troll, who has since deleted their Instagram account, made a series of comments about Savannah, 22.

The comments began: ‘Honey why don’t admit you have self esteem issues. That Botox isn’t helping you it’s making you more ugly. Some are born with natural beauty and some pay for it like you.’

Then the comments moved on to Todd: ‘Why don’t you admit your dad is a f*****. America sees that your dad is gay the more he keeps denying it will manifest itself.’

The troll then suggested that Savannah’s boyfriend Nick Kerdiles had dumped her and was getting ‘p****’ on the side.

Todd hit back in kind, coming after the Instagram user’s appearance.

He wrote: ‘You have some nerve to come at my daughter but after reviewing your profile, I see where the jealousy comes from.’ 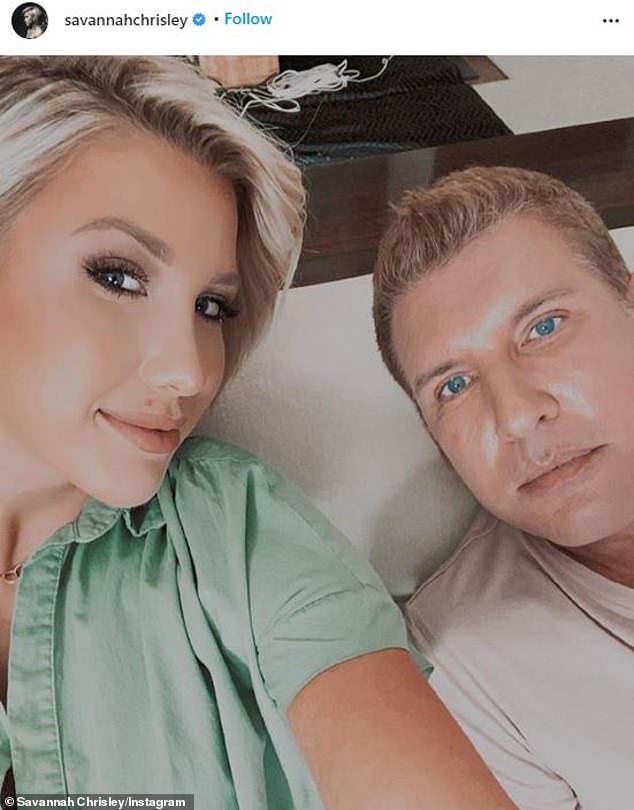 Mean comments: The Georgia realtor became upset after the troll said Savannah, 22, had ‘self-esteem issues’ and was ‘ugly’ and then called the 51-year-old ‘gay’ 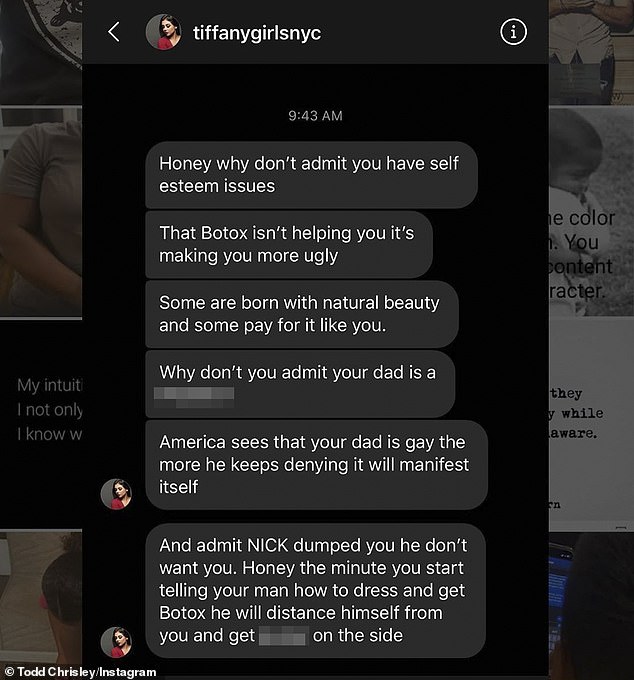 Kept a record: Todd posted a screen shot of the hurtful comments to his own Instagram and then responded in kind. The Instagram user has since deleted their page

No holds barred: The Chrisley Knows Best star used a series of profanities as he took on the troll’s own appearance and the suggestion he was ‘gay’

He went on: ‘Sweety if jabbing her about Botox is the best you got, then you are weak. I get that you don’t have my DNA, but that’s your mamas fault for not meeting me before she met your dad.’

Todd then addressed his daughter’s relationship with Nic Kerdiles to whom she got engaged in April 2019, although the couple subsequently decided to postpone their wedding.

‘Now as to @nickerdiles, he’s still in the same spot he’s always been, right beside @savannahchrisley and our family, but nice try you thirsty trick,’ he wrote. 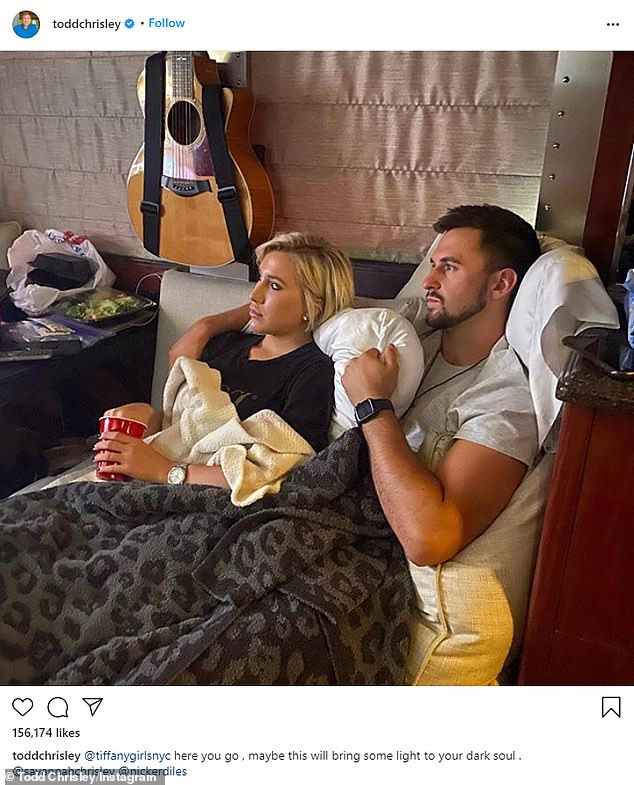 Still together: He also addressed the status of his daughter’s relationship with Nic Kerdiles. The couple got engaged in April 2019 but subsequently postponed their wedding

Chrisley Knows Best premiered in 2014 and follows the lives of the wealthy realtor, his wife Julie and their kids as well as extended family.

It was renewed for an eighth season which had been slated to debut this past July but has been delayed due to the COVID-19 pandemic.

From the start, there has been speculation about Todd’s sexual orientation despite his 24-year marriage.

He hasn’t been afraid to address the rumblings either, saying in 2014: ‘There’s no coming out. What you see is what you get. I am what I am. Other people’s opinions of me are just not my business.’ 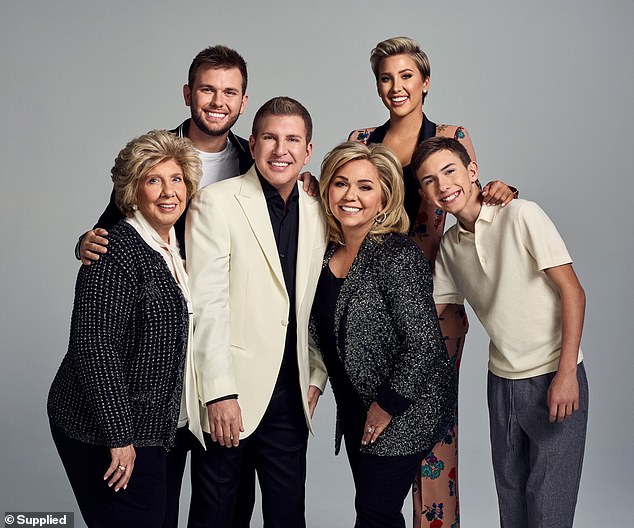 On camera: Chrisley Knows Best premiered on USA Network in 2014 and follows the lives of the wealthy realtor, his wife Julie and their kids as well as extended family