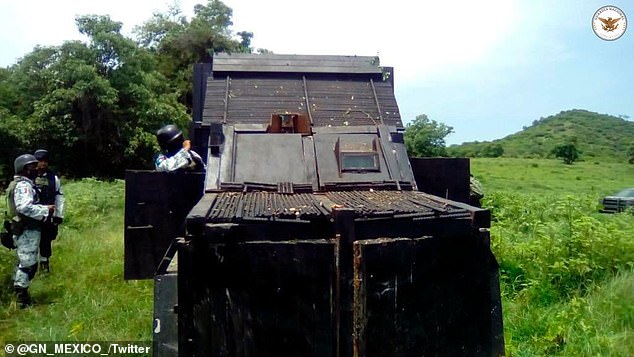 The shocking discovery took place last week while servicemen were conducting a surveillance operation in Apatzingán, a municipality in the western state of Michoacán.

Photos tweeted by the National Guard last Friday showed how the heavily armored vehicle was built out of scrap metal armor panels which were attached to a full size pickup vehicle. 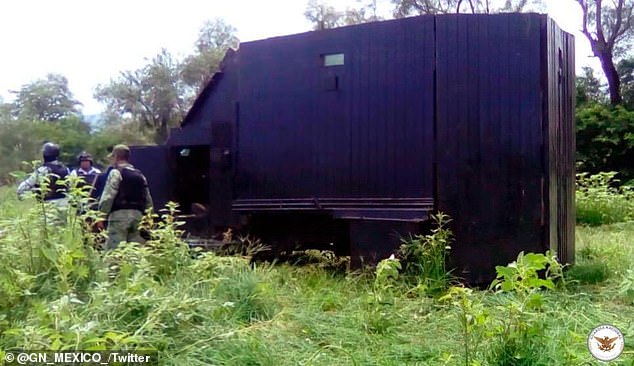 The homemade war tank was fortified with multiple sheets of steel which towered over the vehicle and protected the side and rear areas from attacks.

The pickup truck’s front windshield was completely covered, except for a small area which provided the driver of the massive vehicle enough space to see through.

Slightly above the front passenger side of the tank was a metal mount where the cartel members could rest their rifles. 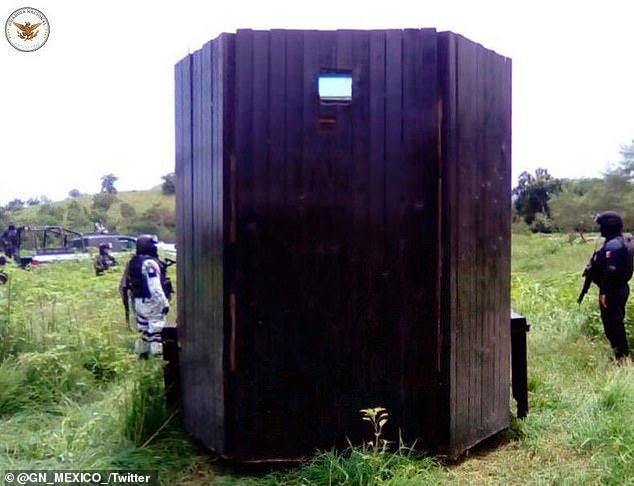 Mexico’s National Guard found a homemade tank that had been reportedly abandoned by Los Viagras, a cartel that was born out of a self-defense group created in 2014

According to local media outlets, the souped-up vehicle was abandoned in the Apatzingán neighborhood of San José de Chila by Los Viagras, a criminal organization which formed in 2014 as a self-defense group.

The then-chief of the Michoacán state police approached Los Viagras in 2015 for help in taking down the leader of Los Caballeros Templarios cartel.

But the gang quickly moved into the drug trade business themselves.

Today the group remains entangled in a war with the Jalisco New Generation Cartel, Mexico’s fastest growing criminal syndicate, over control of the Tierra Caliente region, which covers the states of Michoacán, Guerrero and State of Mexico.