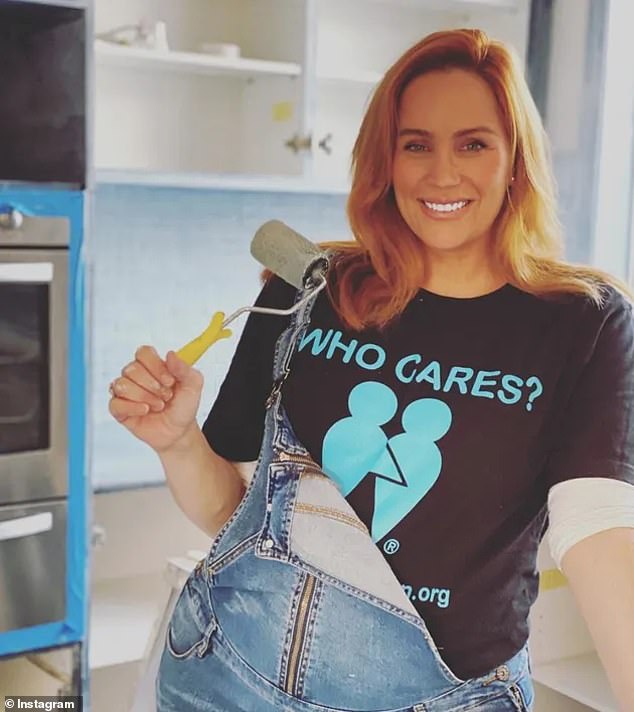 Heavily pregnant Married At First Sight star Jules Robinson offers fans a tour of her $1.8million home – as she continues renovations with her husband Cameron Merchant

Jules Robinson and Cameron Merchant are racing against the clock to renovate their new $1.8million home ahead of the birth of their first child.

But it seems that things are really coming together for the couple, who rose to fame on Channel Nine’s Married At First Sight last year.

Jules, 36, shared a series of post to Instagram on Monday, giving fans an update on their renovations.

They’re getting wooden floors and have also recently finished their lounge room.

In one video, a tradesman can be seen laying down flooring in the hallway, after having painted the walls.

Jules also revealed that she and Cameron had chosen a bright red colour for their front door. Working hard: Jules shared a video of a tradesman lifting up wrapping off their wooden floors at their new home on Sydney’s Northern Beaches, after having painted the walls 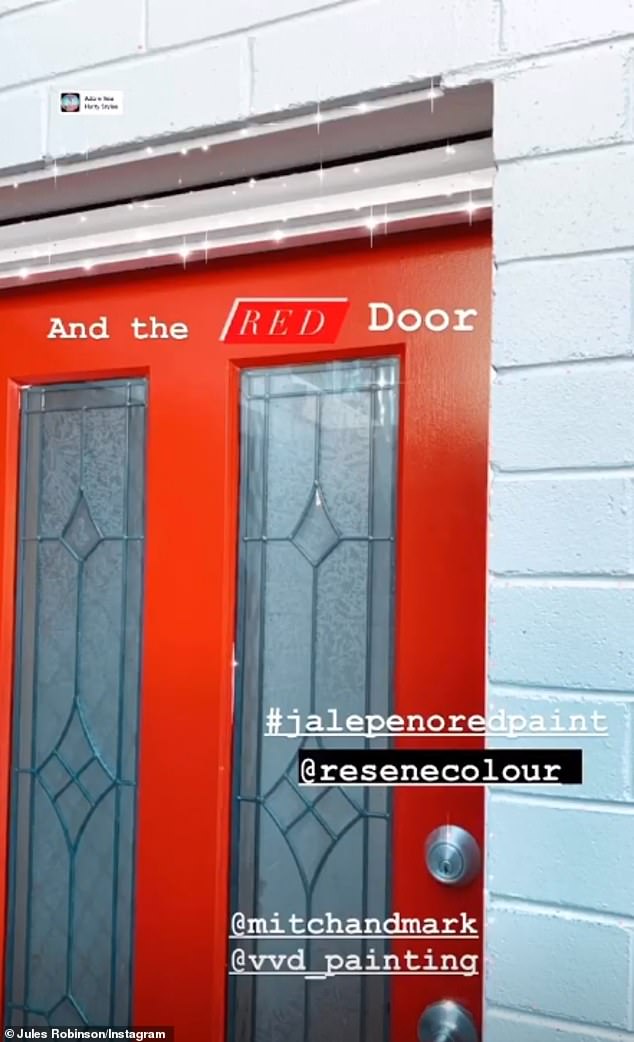 Nice and bright: She also revealed that she and Cameron have chosen to have a bright red door 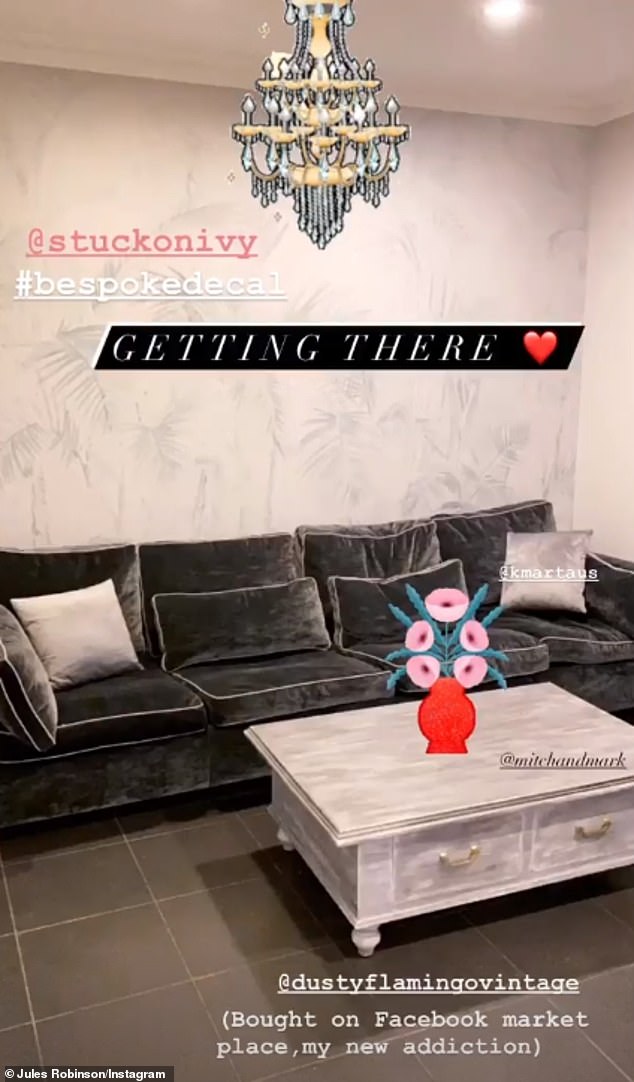 All done: Jules also shared a picture of their loungeroom, showing off some new fern-printed wallpaper, a grey lounge filled with pillows from Kmart and a white-washed table from Facebook Marketplace

The couple’s lounge room features fern-pattered wallpaper, a grey sofa covered with pillows from Kmart, and a table from Facebook Marketplace.

‘I think it’s going to look fabulous, what do you think?’ Jules said while showing off a large wooden cabinet she had just painted.

It was reported earlier this month that Jules and Cam had bought a $1.8million property in Sydney’s Northern Beaches.

The purchase came after Cam sold his apartment in Kirribilli for $900,000. 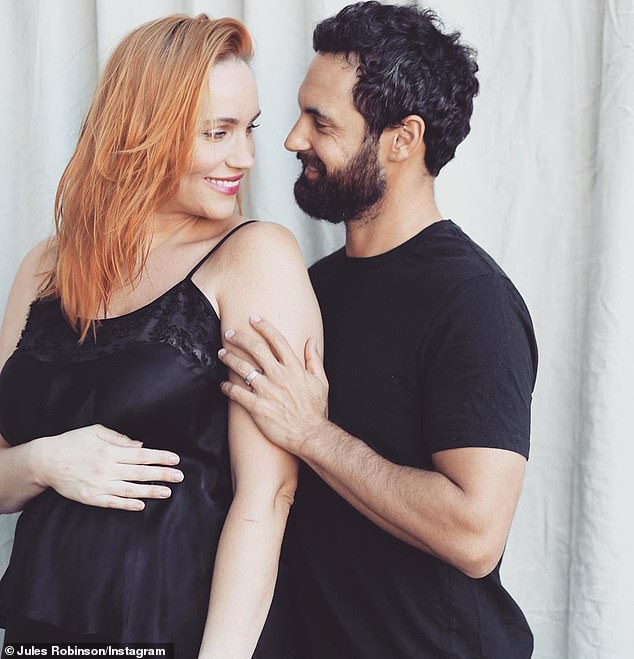 New abode: It was reported earlier this month that Jules and Cam (pictured) had snapped up a $1.8million property on Sydney’s Northern Beaches

The property is just a few minutes’ drive from Cameron’s parents, Margaret and Russell.

The couple have recruited Mitch Edwards and Mark McKie from The Block to help renovate their home before the baby arrives. 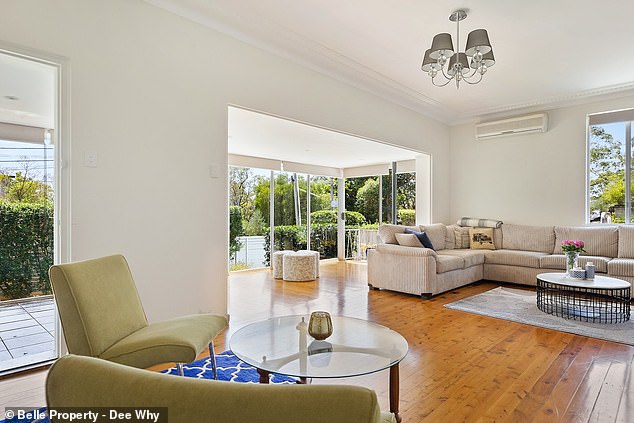 Spacious: The contemporary home features four bedrooms, three bathrooms, and a large outdoor entertaining area for their baby to play in. The main bedroom features a built-in robe and ensuite 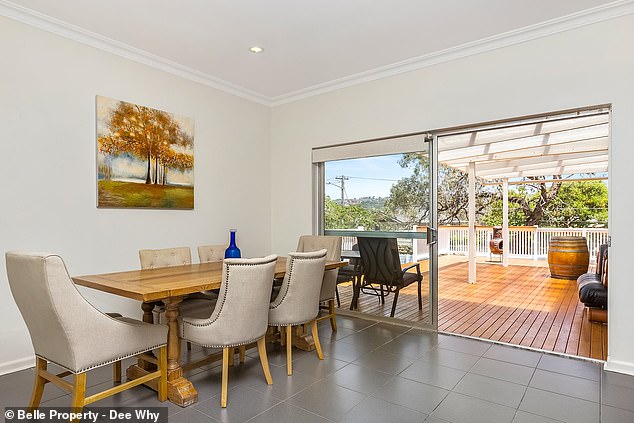 Location, location: The home is located close to Cam’s parents and minutes away from Dee Why beach