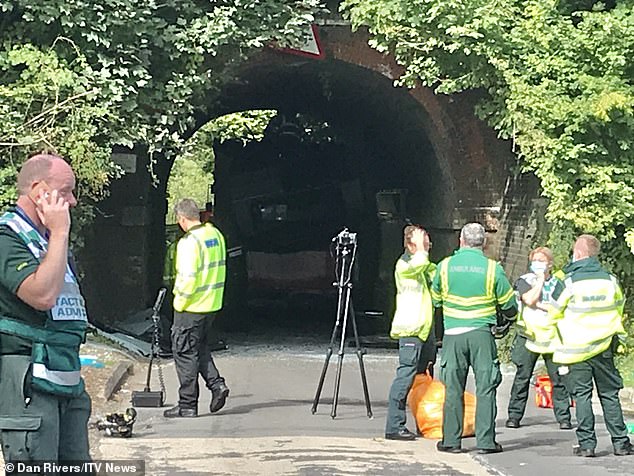 Three secondary school pupils have been rushed to hospital with serious injuries after a double-decker school bus’ roof was ripped off when it smashed into a railway  bridge – injuring 13 others.

Three children are being treated with serious, but not life-threatening, injuries, while more than a dozen were treated at the scene.

Pupils on board the bus were thought to be on their way to Henry Beaufort School, in Winchester, when its roof collided with a bridge just after 8am.

A total of 13 children were treated at the scene of the crash in Wellhouse Lane, according to Hampshire Police. 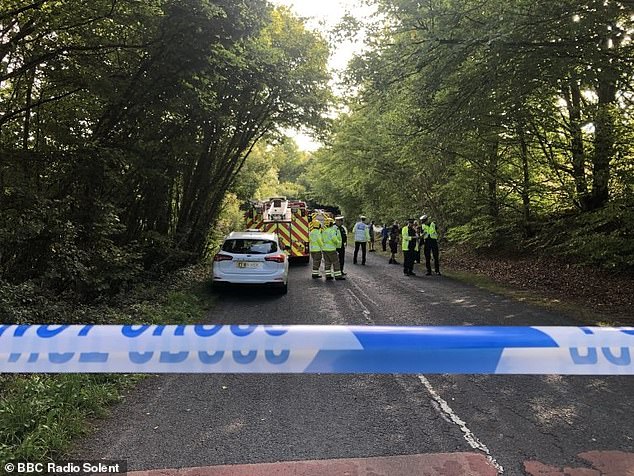 Paramedics and police officers remain at the scene of the crash in Wellhouse Lane, Winchester

A Hampshire Police spokesman said: ‘We were called at 8.10am today to reports of a serious collision on Wellhouse Lane, Winchester, after a school bus collided with a railway bridge causing significant damage to the top of the bus.

‘Three students with serious, but not life-threatening injuries, have been taken to hospital.

‘A further 13 students with minor injuries have been dealt with at the scene.

‘All the students involved are aged between 11 and 16.

‘A road closure is in place on Well House Lane from the junction with Andover Road North to School Lane to enable us to deal with this incident. We thank you for your patience.

‘We are working in cooperation with the school and Hampshire County Council children’s services to provide support to the students and their parents.’