Jennifer Garner, 48, makes rare move of posing with both her parents - healthyfrog Skip to content 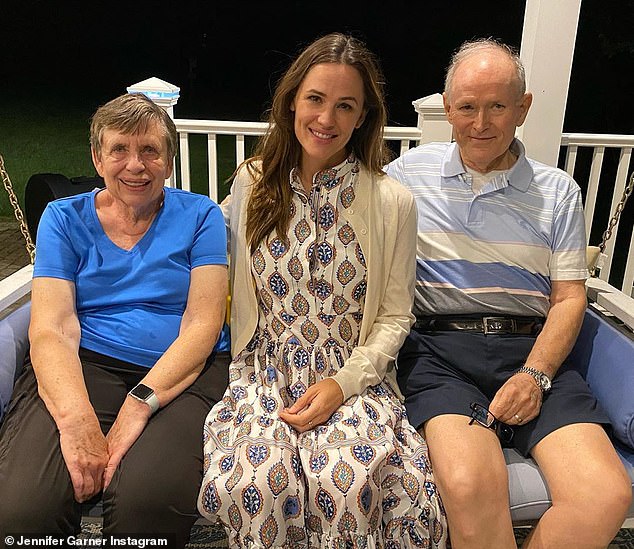 She recently just spent some quality time at her family’s farm in Oklahoma which she calls her ‘happy place’.

On Monday, Jennifer Garner, 48, continued to relish in family love as she posted a tribute to her parents Patricia and William.

Sharing a photo to Instagram, the Alias actress celebrated her folks and even gave a shout-out to her grandparents too in a family snap.

Grandparents day: Jennifer Garner, 48, wishes her parents Patricia and William a happy ‘grandparents day’ as she shares a sweet photo of her family unit on a porch swing with their arms around each other

Sitting with their arms around each other on a porch swing, the family smiled at the camera.

The 13 Going On 30 actress sat nuzzled in between her parents while wearing a printed floor-length prairie dress and a beige cardigan.

She showed off her signature smile and dimples that she clearly got from her mother who boasts a nearly identical grin as seen in the snap. 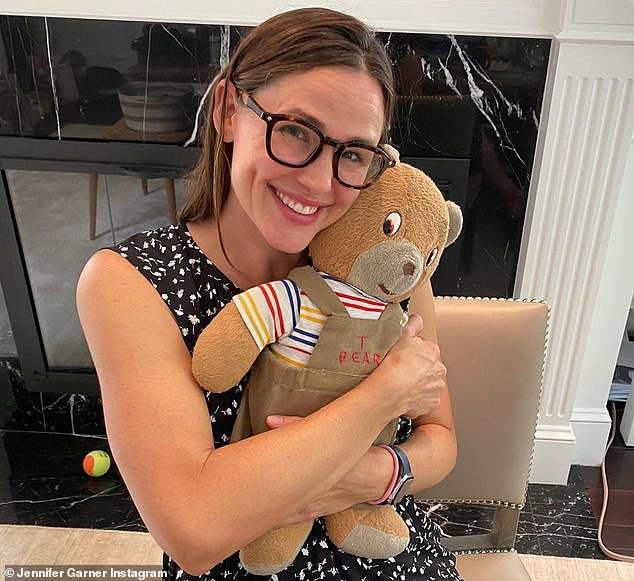 Childhood memories: Jennifer poses with her ‘TBear’ as she shares her companion of 45 years on Instagram

The family looked to be enjoying each other’s company though Garner’s two sisters were not present for the family photo op.

‘Way to show ‘em how it’s done Grandmom and Grandad! Happy #grandparentsday, mom and dad. (Tons of love and special shoutout to Grandma Chris and Grandpa Tim!)’  she gushed in the caption.

Patricia and William are grandparents to her three children that she shares with ex-husband Ben Affleck, Violet, 14, Seraphina, 11, and Samuel, eight. 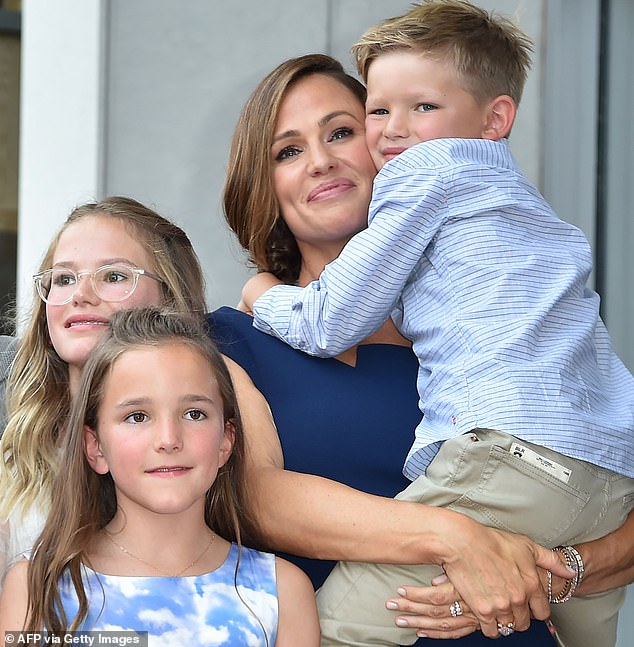 In recent weeks Jennifer has been spotted farming at her family farm in Locust Grove, Oklahoma where her mother grew up.

Her business Once Upon A Farm – an organic fresh baby food company – has some of its ingredients harvested on the property in her mother’s hometown.

The family has roots dating back to the town in 1936 and has ‘shaped her mom’s upbringing’ making the farm ‘a part of Jennifer’s childhood’.

According to the site Jennifer’s mom Patricia and her siblings would harvest lettuce, pecans and radishes. 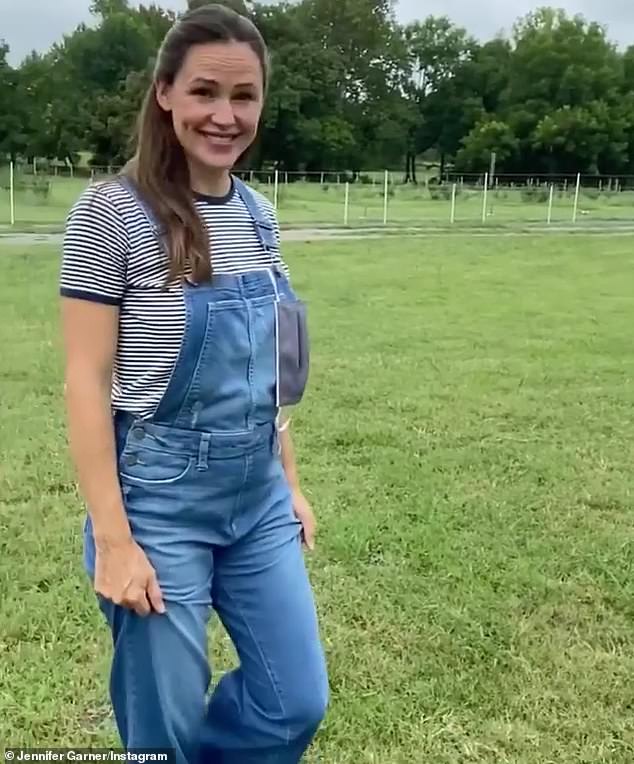 Farm girl at heart: Jennifer has strong ties to Locust Grove Oklahoma where her farm is. Her mother Patricia grew up there and instilled a sense of farm culture in her

A few days ago Jennifer shared a video to social media where she introduced her 9.7M followers to some of the cows on her farm and shared snaps with her uncle Robert who runs the day to day operations.

While in quarantine Jennifer has spent a lot of time with her kids in their neighborhood of Brentwood as family has always been something important to her.

She was most recently romantically linked to CEO John Miller who she dated for two years. Though private with their relationship, the pair were linked in October 2018 and seemed to be heading towards marriage. 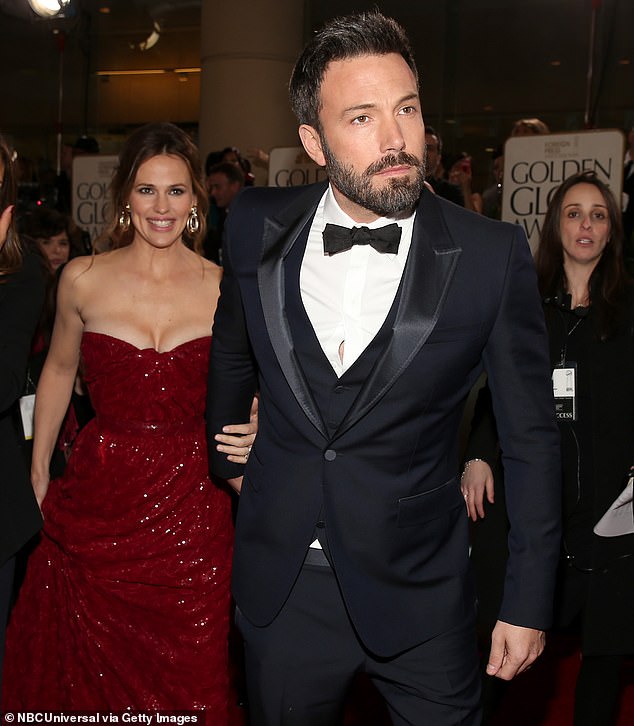 The two called it quits this past August though there is know news of where their relationship stands now.

Prior to Miller, Garner was notoriously married to fellow Hollywood power player Ben, 48, for 10 years. Speaking to the NY Times in February about he and Jen’s divorce, Affleck called it ‘the biggest regret of [his] life’.

Shortly thereafter Ben found love with Knives Out actress Ana de Armas, 32, as the two have been inseparable during quarantine while Ben continues his journey of sobriety. 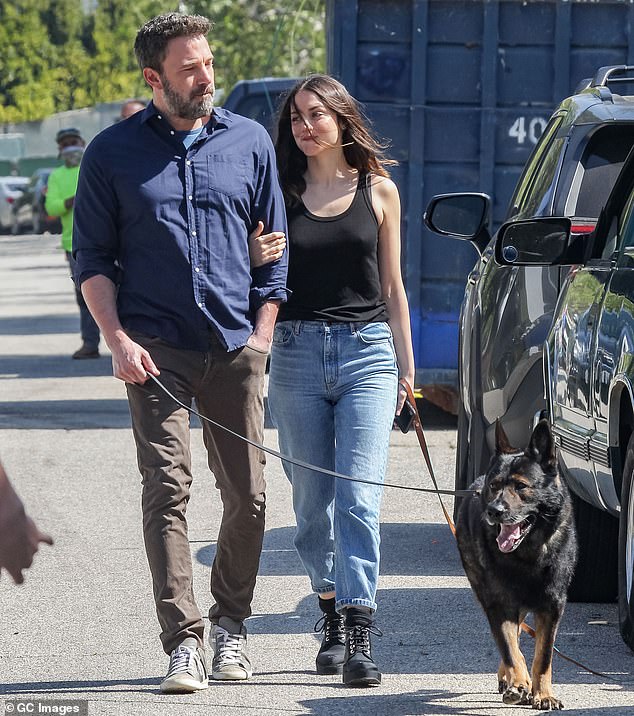 New flame: Ben and actress Ana de Armas have been inseparable since they were first spotted in March. Pictured together walking their dogs; April 2020