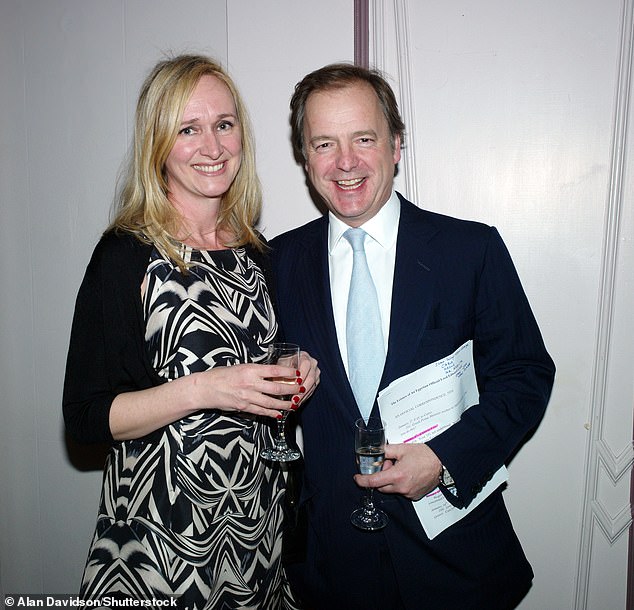 The call from Downing Street comes as we are choosing new curtains for the country house at this darling little shop in the darkest reaches of Belgravia.

David C. asks Hugo if he wouldn’t mind being Minister of State in Northern Ireland

‘Northern Ireland …’ replies Hugo. ‘Remind me. Is it the one with the male voice choirs and men with coal-dust all over their faces and funny little torches on their hats?’ Hugo’s always made a point of mastering the details before taking on any job.

‘Almost but not quite,’ replies David. ‘It’s the one where there’s been a bit of a hoo-ha with bombs and so forth, but it’s all settled down now, so you should find it quite relaxing. And you get a castle and your own butler.’

Hugo Swire with his wife Sasha

Hugo flies to Belfast. He wanted to drive, but the Whitehall boffins told him there was sea to cross, and no bridge to speak of. Oh, well. You live and learn. His first impression of Northern Ireland? Hillsborough Castle a bit poky.

All of us in the upper echelons of the Tory party are keen to roll up our sleeves and get to work. George Osborne’s wife Frances texts: ‘You must come and stay at Dorneywood.’

I text back: ‘And you must come to Hillsborough, darling!’ We are like kids in a sweet shop. My only worry is that the others have grabbed the Bendicks Bittermints, leaving Hugo and me with the Penny Chews. 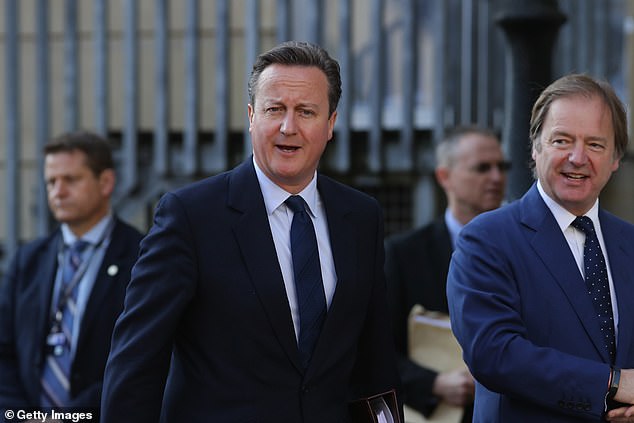 The Prime Minister and his family come to stay. After dinner, we chat about Dave’s Big Society.

I sit on the sofa with him and ask difficult questions. Just how big will it be, I ask, and how social?

He says he was thinking more in terms of the poor and the disadvantaged.

We all hoot with laughter and then move on to Charades.

To Dorneywood, where the Osbornes are now in occupation. It’s a pleasant enough bolthole, if you like that sort of thing. Oddly enough, the atmosphere is still steeped in the Prescotts, the adorable little Labour couple who lived here before, straight out of EastEnders, the BBC reality show.

John Prescott’s wife clearly had a lot to do with the decoration of the bathroom, which is all vulgar pinks. Something tells me she forgot to renew her subscription to World Of Interiors! There’s a china container by the bath, presumably for Mr P’s sausage rolls and ‘chip butties’! 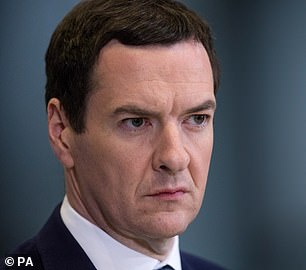 George Osborne causes me a little grief. Halfway through a (bor-ring!) chat about supplementary benefits, which I take to mean our car and driver, I attempt to liven things up by saying that the world and his wife seem to have been to Chequers but not me and how sore I am. Embarrassingly, 24 hours later an invitation comes popping through the post from Samantha C. Now it looks as though I was hinting!

To Chequers. Super to think that one day Hugo will have the run of this place. He’s in with a top chance of becoming PM after Dave, just so long as he remembers to brush up on his times tables, as everyone knows PMs are supposed to be good at sums. Failing that, he could easily be Foreign Secretary, as we’re always going to St Barts and the Hamptons, and once we even went to Mustique, so we know abroad better than anyone else. 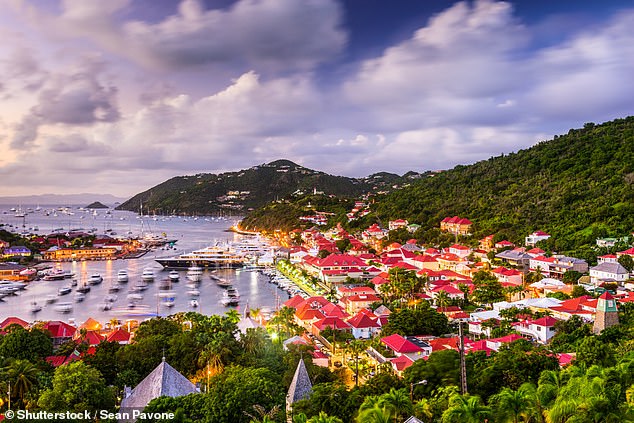 ‘Hugo should be Foreign Secretary… he’s been to St Barts’

I sit next to Dave at dinner. He treats us all to his hilariously accurate impersonations of all the top world leaders — ‘Ooh la la!’ (Sarkozy) and ‘Mamma Mia! Multo spaghetti!’ (Berlusconi). Awfully embarrassing if these side-splitting jokes at the expense of world leaders ever got out! But my lips are sealed! I jot them down in my diary, just to remind myself never to make them public until publication!

Dave has to make a quick Jag dash to London to chair a meeting of the National Security Council on the situation in Libya.

‘Don’t even THINK of bombing Tripoli!’ I shout after him. ‘We’re booked into La Mamounia next spring!’

Or is that Morocco?’