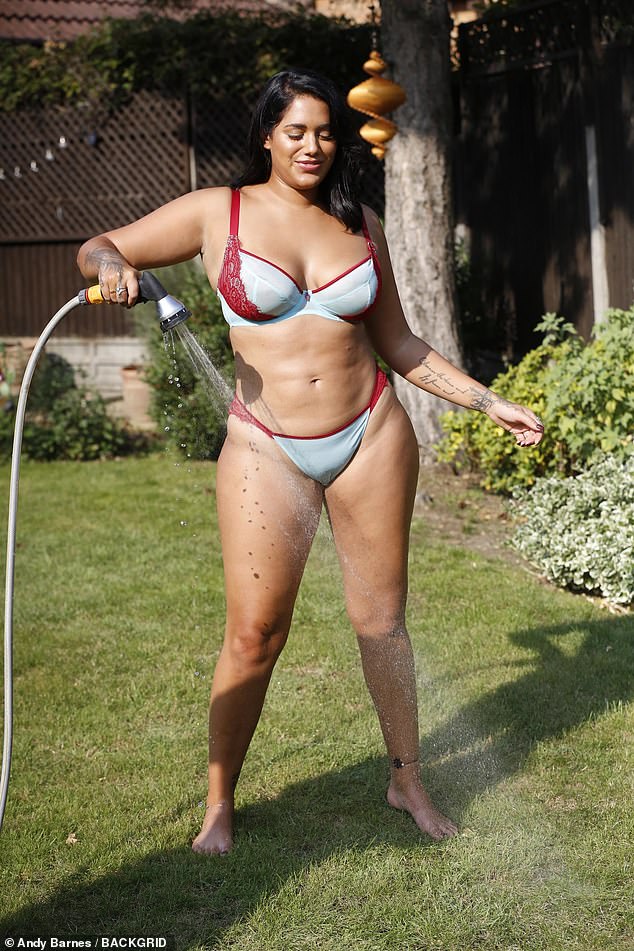 She has been exuding confidence after her abusive ex Tom Kemp was jailed this month.

And Malin Andersson looked sensational as she donned a bikini to enjoy one of the hottest days of the month on Tuesday.

The former Love Island star, 27, showcased her incredible curves in a baby blue two-piece with a red lace detail as she frolicked around her garden with a hose.

Wow: Malin Andersson, 27, looked sensational as she donned a bikini to enjoy one of the hottest days of the month on Tuesday

Malin appeared in good spirits as she laughed and struck a series of playful poses while making the most of the sunshine.

The reality star appeared to go make-up free for the day as she displayed her sun-kissed glow.

Malin completed her look by letting her brunette locks fall loose down her shoulders.

It comes after Malin recently shared lingerie snaps on her Instagram along with a post about body confidence. 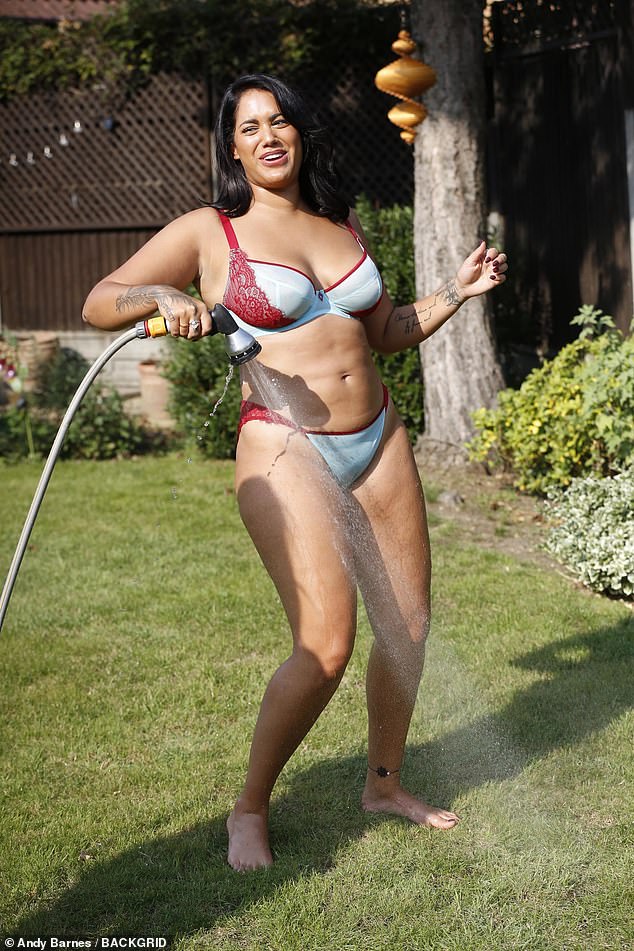 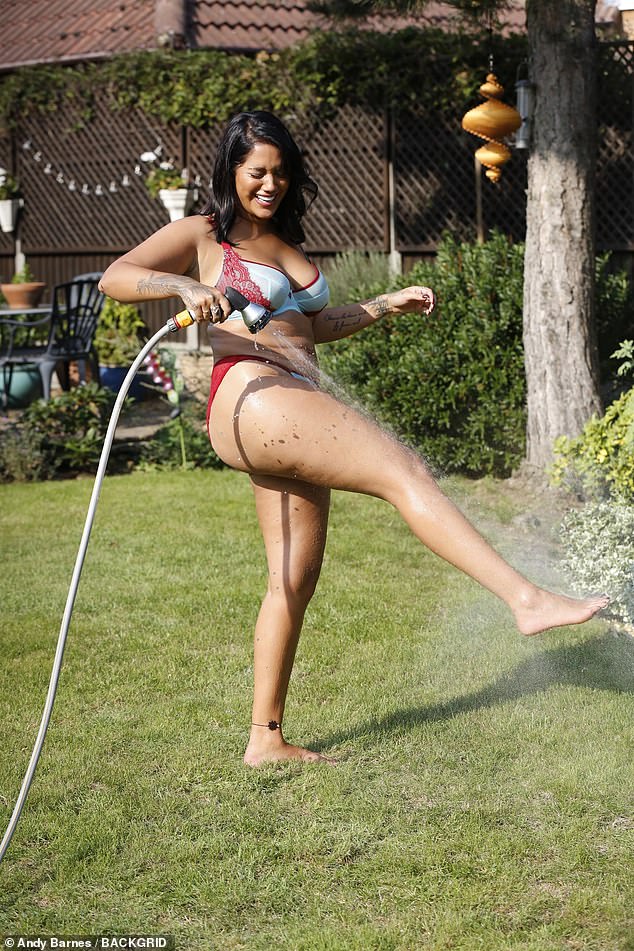 The mental health campaigner penned: ‘EMPOWERING EVERY CURVE I HAVE! Our bodies are here to be loved, not hated on.

‘Embrace every single inch – do it for yourself not them. Proud to be part of Boux Avenue AW20 campaign spreading the message of self-love and empowerment.’

The reality star’s ex Kemp was jailed at Aylesbury Crown Court on September 3 after leaving Malin with broken bones and bruises in a violent tirade.

He was jailed for ten months after admitting the attack, which broke Malin’s hand, despite previously branding her ‘a liar’.

The TV star accused ‘narcissistic’ Tom of being abusive in a series of Instagram posts last year.

But Kemp, from Milton Keynes, Buckinghamshire, denied the claims at the time.

Malin and Kemp had an on-off romance, splitting briefly during her pregnancy, amid claims he had been unfaithful to her, but reconciling shortly before the birth.

Their baby daughter Consy was born seven weeks premature in December 2018 and was being treated at Great Ormond Street hospital, but sadly passed away aged four weeks on 22 January, 2019.