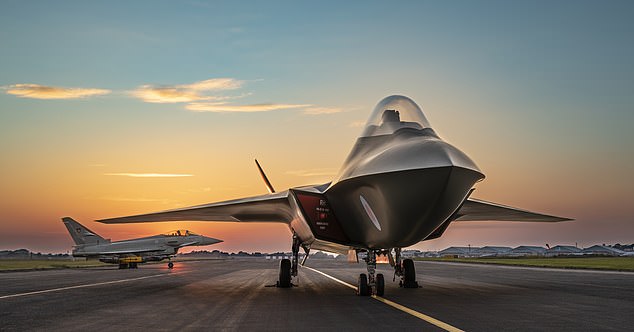 The virtual top guns: New fighter jets will be flown by on-board computer if RAF pilot gets stressed

By Larissa Brown For The Daily Mail

RAF pilots flying the next generation of fighter jets will be able to rely on a ‘virtual assistant’ if they get in trouble, engineers revealed yesterday.

Scheduled to be in service by 2035, the Tempest warplane will be capable of being flown by humans or the computer ‘co-pilot’.

The aircraft will be able to tell whether the pilot is ‘stressed or overloaded’ by analysing data from smart watches, heart rate monitors and other technology. If so, the plane’s systems would intervene and help out.

The RAF and BAE are developing a new aircraft, the Tempest, which will have a computerised assistant to assist the pilot (artist’s impression) 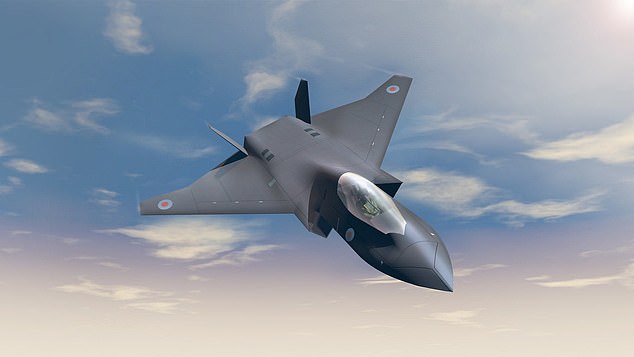 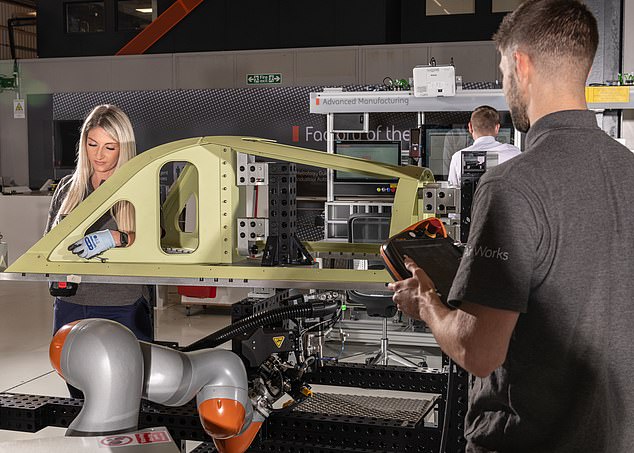 Some of the work is being carried out at BAE’s ‘factory of the future’ at Warton in Lancashire. The Government has committed £2billion to the Tempest project by 2025

‘In the future we are expecting the battlespace to be a lot busier and lot more congested than it is now,’ said Suzy Broadbent of BAE, which is part of a consortium developing the aircraft. ‘There’s a potential for the operator to be overloaded with all the information that is out there.’

She said the virtual assistant could take the form of a screen-based avatar, or as Twitter-style feed of information. ‘That’s what we can do in this next generation is to start to look at things in virtual reality, using off-the-shelf technologies,’ she added.

The aircraft is being developed by Team Tempest, a technology and defence partnership involving BAE Systems, Leonardo, MBDA, Rolls-Royce and the RAF.

The radar technology is so sophisticated it will be able to process the equivalent of nine hours of HD video every second.

BAE has also been trialling ‘psycho-physiological’ technologies on its test pilots flying Typhoon aircraft. By tracking eyes and other physical behaviour they hope to better understand levels of exertion and stress.

Some of the work is being carried out at BAE’s ‘factory of the future’ at Warton in Lancashire. The Government has committed £2billion to the Tempest project by 2025.