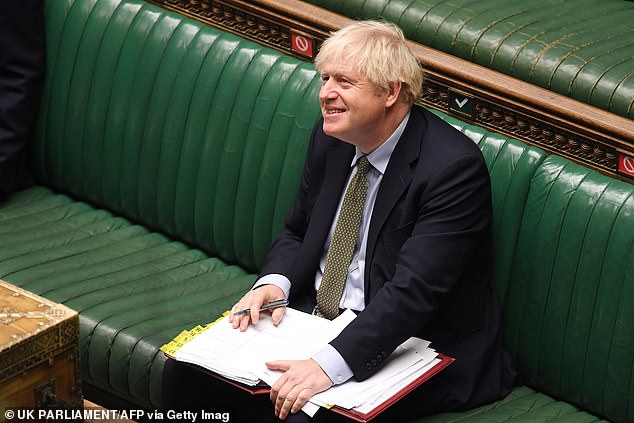 Making predictions can be a dangerous game.

In March 2001, a famous columnist promised in print that he would ‘eat my hat, garnished with bacon’ if Prime Minister Tony Blair did not call an election for May 3.

Blair didn’t, and nor did the columnist — Boris Johnson — devour his hat. Admittedly his failure to do so ranks among the less important instances of his breaking his word.

Well, I’m not going to eat my hat, garnished with bacon, if my prediction goes wrong. But I am almost certain that, despite the Government’s new system of three ‘tiers’ of mounting strictness, the infection rate will continue to rise.

I am almost certain that, despite the Government’s new system of three ‘tiers’ of mounting strictness, the infection rate will continue to rise

Although the provisions of ‘tier three’ — so far only applied to Liverpool — are onerous, they are unlikely to flatten the upward curve. Even though other parts of the country will get the Liverpool treatment, numbers will increase.

So in two, three or four weeks, the clamour for another national lockdown (euphemistically called a ‘circuit-breaker’ in order to disguise its severity) will be thunderous. Actually, it is already pretty loud. Yesterday Northern Ireland took the plunge — and Westminster will pick up the bill. 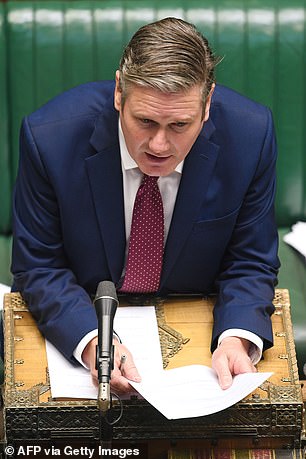 Pressure will come from Sir Keir Starmer. It will be the underlying message of the BBC’s hysterical coverage

Pressure will come from Sir Keir Starmer. It will be the underlying message of the BBC’s hysterical coverage. It will be urged with greater vehemence by Government scientists on SAGE, the body whose advice to trigger a lockdown was resisted by Mr Johnson three weeks ago.

What will he do when these people bear down on him, and he is appalled by the ineluctably rising toll of cases and deaths (although there are likely to be many fewer of the latter than in the spring)?

Here my prediction runs out. I don’t know what he will do. I fear he will succumb to the demands of those banging on his door. I hope he will have the courage to resist the baying multitude — and chart a new course to deal with the pandemic.

Lockdowns aren’t a solution. They are a short-term fix. Or bodge. Another national lockdown would depress the virus, but the virus would fight back once it was lifted. The price paid by society would be more economic damage, more jobs lost, and more lives — especially young ones — wrecked.

Even the World Health Organisation is blowing cold on lockdowns. According to its leading light Dr David Nabarro: ‘Lockdowns just have one consequence that you must never ever belittle, and that is making poor people an awful lot poorer. We in the WHO do not advocate lockdowns as the primary means of control of this virus.’ 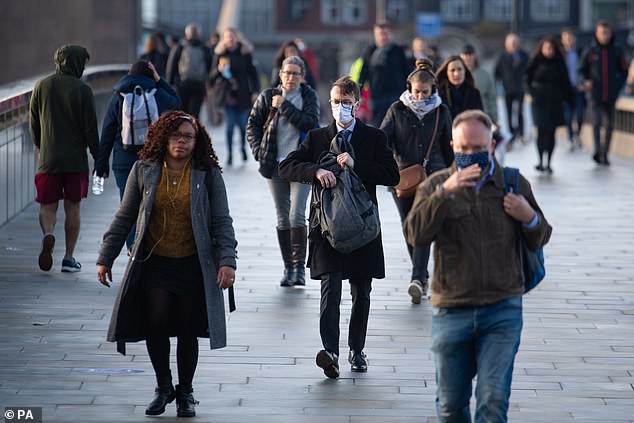 Lockdowns aren’t a solution. They are a short-term fix. Or bodge. Another national lockdown would depress the virus, but the virus would fight back once it was lifted

The prospect that the virus could be around for a while was given further weight by Kate Bingham, head of the Government’s Vaccine Taskforce, on Tuesday. She said the first wave of Covid-19 vaccines are unlikely to end the pandemic.

Do proponents of lockdowns seriously propose starting and stopping the economy for months, even years, until there is finally a vaccine that works? What if one never comes?

A new survey reveals a fifth of company bosses believe they will need to sack up to 10 per cent of their workers by the end of the year. That amounts to hundreds of thousands of jobs. There will be many more lost if there is another lockdown.

People talk about the need to protect the economy, as though it were a disembodied entity. It’s not. At stake are the livelihoods of millions of human beings. In particular, the life chances of young people — the great majority of whom are barely affected by the virus — are in danger of being blighted. 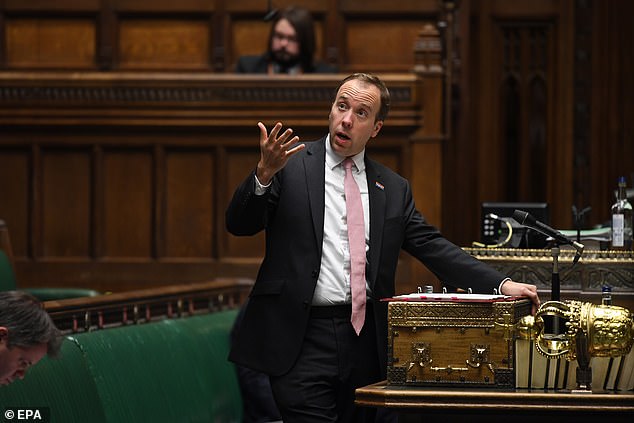 This is what detractors such as Health Secretary Matt Hancock pejoratively describe as the policy of ‘let rip’. It is actually the policy of letting society get back to work — and stay at work — so we don’t end up as citizens of a banana republic without the bananas

Boris Johnson finds himself at a turning point in history. He can cave in to the incessantly reproving Sir Keir Starmer, and to Government scientists who preposterously claim to know what is best for society.

Or he can say, no, we won’t continue down this path, which will lead to widespread impoverishment and the ruination of many lives. We’ll try something else. There is another way.

That way was well summarised by an Oxford University epidemiologist called Sunetra Gupta in an online article yesterday. She is one of the three instigators of the recent Great Barrington Declaration, so far signed by some 35,000 scientists and medics.

In Professor Gupta’s words, the declaration ‘suggests that we exploit the feature of this virus that it does not cause much harm to the large majority of the population to allow them to resume their normal lives, while shielding those who are vulnerable to severe disease and death’.

This is what detractors such as Health Secretary Matt Hancock pejoratively describe as the policy of ‘let rip’. It is actually the policy of letting society get back to work — and stay at work — so we don’t end up as citizens of a banana republic without the bananas. 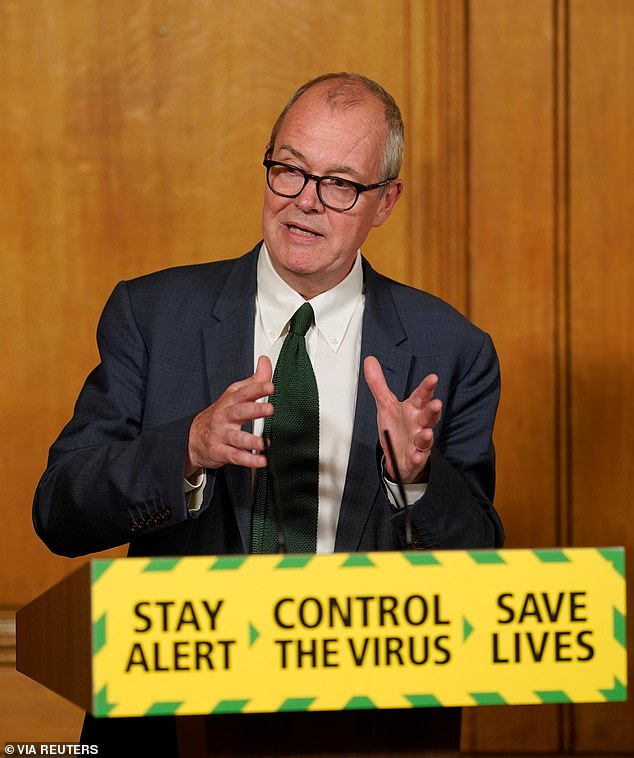 Believe it or not, a leading advocate of the idea of ‘herd immunity’ used to be England’s chief scientific adviser, Sir Patrick Vallance

Believe it or not, a leading advocate of the idea of ‘herd immunity’ used to be England’s chief scientific adviser, Sir Patrick Vallance. He now holds, jointly with Professor Chris Whitty, the office of Chief Gloomster.

But this is what he said to BBC Radio 4’s Today Programme on March 13: ‘Our aim is to try and reduce the peak, broaden the peak, not suppress it completely . . . to build up some kind of herd immunity so more people are immune to this disease and we reduce the transmission, at the same time we protect those who are most vulnerable to it’.

That sounds like the Great Barrington Declaration. Herd Immunity isn’t a loony idea. Sweden has tried it — with a slightly lower number of deaths than the UK relative to its population size, and much less economic self-harm.

Now, though, herd immunity is mocked by ministers. On Tuesday, Matt Hancock claimed in the Commons it was a ‘flawed goal’ and could not be achieved with Covid-19.

This has been forcefully denied by Dr Martin Kulldorff and Dr Jay Bhattacharya, two leading U.S. virus experts who conceived the Great Barrington Declaration with Professor Gupta. They weren’t so rude as to describe him as a jumped-up squit who doesn’t know what he is talking about.

More politely, they accused him of ‘not having a basic understanding of infectious diseases’, and corrected his assertion that there is no herd immunity with measles.

Were Boris Johnson to change track, he would have to deal with the self-opinionated Health Secretary, who has the certainty of the ill-informed. On the other hand, Mr Hancock is an ambitious fellow who might be persuaded to moderate his views.

Sir Keir Starmer could be a bigger thorn in the PM’s flesh. If Boris holds out against another lockdown, the Labour leader will carp sententiously. If Boris goes with the flow, Sir Keir will claim credit for having proposed it.

Infections are going to rise. So, I fear, will deaths. There will be a hollering for another lockdown. Boris Johnson overruled the scientists three weeks ago. Will he dare do so again?

This really is his moment of destiny, of which in a sense he has always dreamt.