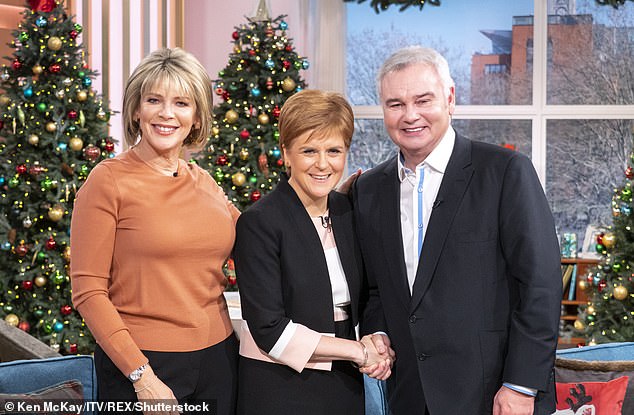 This Morning ‘Bauble-gate’ row that ended with Eamonn Holmes and Ruth Langsford being sacked: Tensions began with feud between presenters and editor over gift for Nicola Sturgeon

By Katie Hind Showbusiness Editor For The Mail On Sunday

A bust-up over the proposed gift of a Christmas bauble to Scotland’s First Minister Nicola Sturgeon sowed the seed for the departure of Eamonn Holmes from ITV’s This Morning, The Mail on Sunday can reveal.

The 60-year-old presenter clashed with the show’s editor Martin Frizell in the run-up to last December’s General Election after Ms Sturgeon contacted producers to say she wanted to present Mr Holmes and his wife Ruth Langsford with a traditional Scottish tree decoration during her interview.

Mr Frizell agreed with an idea to give Ms Sturgeon a gift in return and the show’s art department was tasked with creating a This Morning-themed bauble in advance of the interview – the last of a series with the main party leaders – on December 6.

But Mr Holmes objected, saying that it broke strict impartiality rules for broadcasters in the weeks before an election. His intervention – shortly before the arrival of Ms Sturgeon – is said to have enraged Mr Frizell.

Ruth Langsford, Nicola Sturgeon and Eamonn Holmes pictured on ITV’s This Morning last December, in the run-up to the General Election

‘Martin exploded, saying he was the editor and he decided what happened on the show,’ said a source of what became known to staff as ‘Bauble-gate’.

‘He then refused to go to Eamonn’s dressing room for the pre-show meeting with the presenters.

‘The producer was having to run back and forth between the news room and the dressing room to convey Eamonn’s fury to Martin and Martin’s fury to Eamonn.’

Mr Holmes eventually won the argument, but sources believe that it marked the ‘beginning of the end’ for him on the show.

An insider on This Morning last night sought to play down the row, saying: ‘What is one person’s argument might be another person’s debate.’

But an eyewitness said of the clash: ‘It was absolutely extraordinary and all over a couple of baubles. Things were never quite the same again.’ 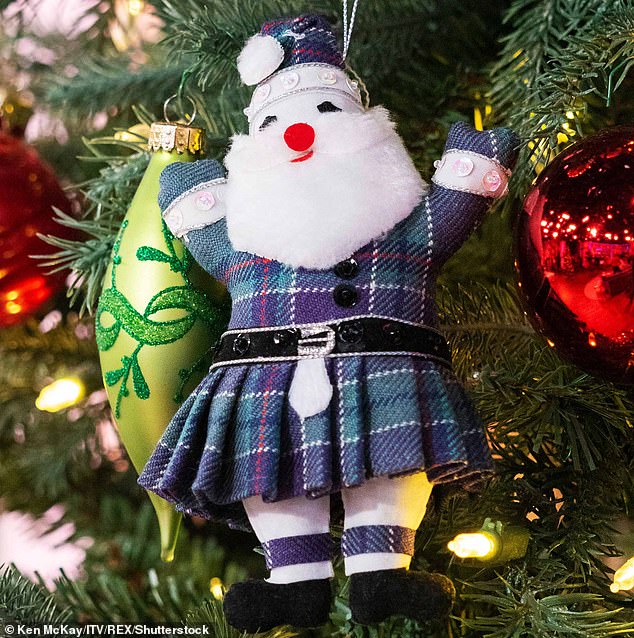 Mr Holmes and Ms Langsford were axed last week from their Friday presenting roles on This Morning after 14 years on the show’s sofa.

Despite being assured that they will be offered holiday cover shifts – and that they remain ‘part of the This Morning family’ – both are said to be ‘very sad’ about the decision.