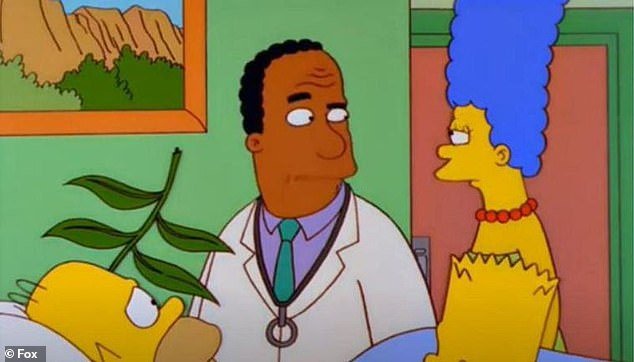 The Simpsons recasts Dr. Hibbert with black actor Kevin Michael Richardson as white actor Harry Shearer is replaced after 31 years on the show

The Simpsons has recast the character of Dr. Hibbert, as white actor Harry Shearer has been replaced by black actor Kevin Michael Richardson.

As reported by The Wrap, Hibbert will now be voiced by black actor Kevin Michael Richardson, 56, who has provided vocals for several roles in the show before, along with Family Guy, American Dad! and countless other titles.

Harry, 77, meanwhile will continue to voice his many other characters on The Simpsons, including Mr Burns and Smithers, Ned Flanders and Kent Brockman.

Moves forward: The Simpsons is making more racially sensitive casting decisions: The show is replacing the actor behind the character of Dr. Hibbert

‘Next Sunday’s episode Wad Goals will have Kevin Michael Richardson voicing Dr. Hibbert — and from there on out he will voice the character.’

Veteran actor Harry has provided his voice to the character of Hibbert since The Simpsons’ second season way back in 1990. while Kevin has been voicing various roles on the show since 2009.

In 2013, Kevin was asked if he ever feels that he is typecast because of his voice, to which he said: ‘Sometimes, from what I’ve done, people want similar sounds relative to those characters. What I admire are people who cast me for range…

From the old to the new: The role was previously voiced by white actor Harry Shearer (left), and will now be voiced by black actor Kevin Michael Richardson (right)

‘Knowing that I can do highs and lows and stuff like that, like when I was Cleveland Jr. and Barney Rubble, that’s pretty cool. To not be set in one specific area is nice. It’s nice to know that people are aware of what I can do.’

The move to replace Harry mirrors several other similar decisions in the past year, especially in light of renewed attention paid to racial biases and white privilege thanks to the Black Lives Matter movement.

Last July, Kristen Bell stepped down from playing the role of Molly on the Apple TV+ animated series Central Park, also stemming from concerns over representation. 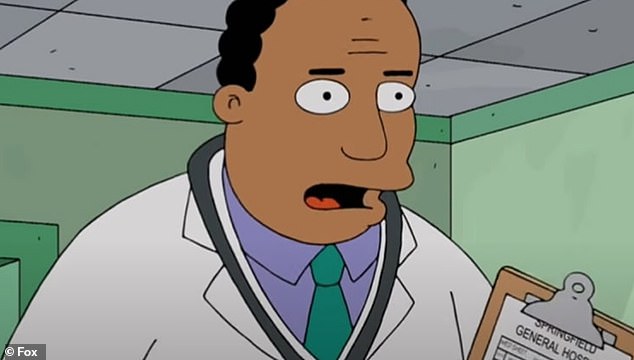 Representation matters: The move mirrors several other similar decisions in the past year, especially in light of renewed attention paid to racial biases and white privilege thanks to the Black Lives Matter movement

Bell announced via social media that she was stepping down from voicing the character, with a frank and candid statement on her Instagram.

‘Casting a mixed race character with a white actress undermines the specificity of the mixed race and Black American experience,’ she wrote at the time.

‘This is a time to acknowledge our acts of complicity. Here is one of mine. Playing the character of Molly on Central Park shows a lack of awareness of my pervasive privilege,’ she also said.

Elsewhere, Hank Azaria made the decision to stop voicing the Indian-American character of Apu on The Simpsons, last playing the role in 2017.

The casting move comes after Fox made a brief statement on the matter last June: ‘Moving forward, The Simpsons will no longer have white actors voice nonwhite characters.’ 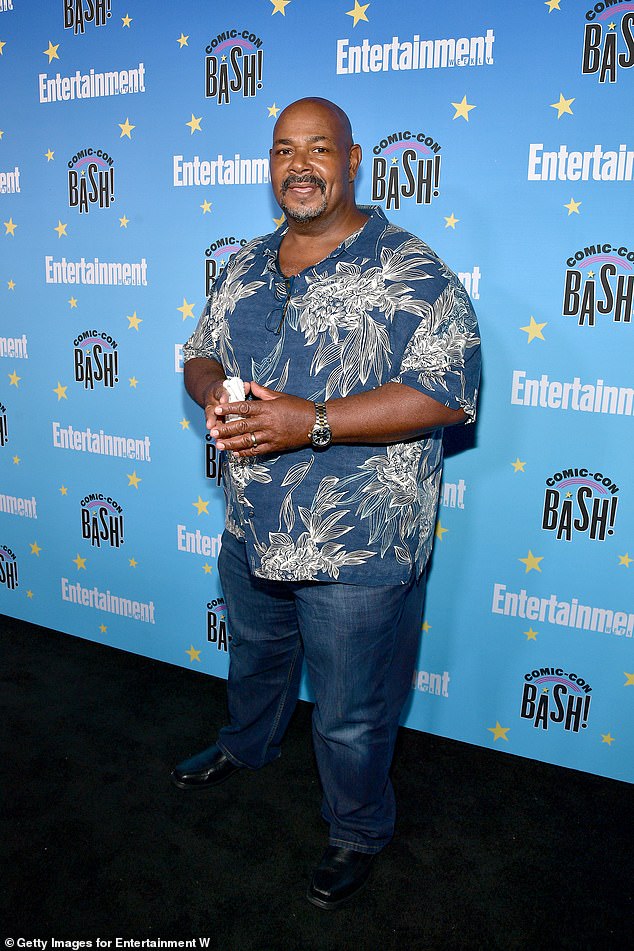 Accomplished voice performer: Kevin, 56, has been voicing various roles on The Simpsons since 2009, along with countless other titles; seen in 2019