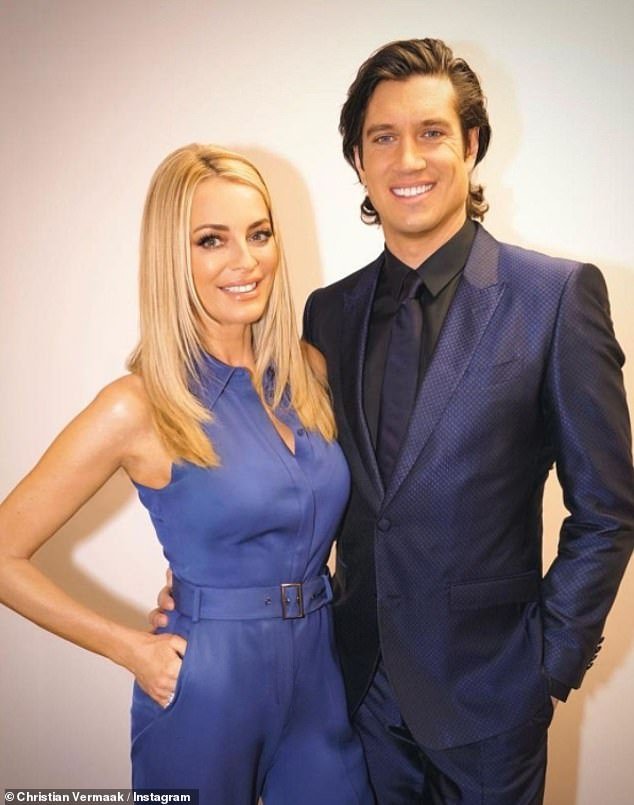 And Vernon Kay, 46, seemed to have a blast when filming his new game show with 52-year-old wife Tess Daly – who appears in episode one – with the Strictly star posting a sweet series of snaps of herself and Vernon having fun on set.

Taking to Instagram ahead of the show’s first episode, Tess posted snap of herself looking gorgeous in a blue jumpsuit, with Vernon – who looked sharp in an all black suit – lovingly placing his arm around his other half’s waist.

Fun: Tess Daly and Vernon Kay, seemed to have a blast while filming his new game show, with Tess, 52, posting a sweet series of snaps of herself and Vernon, 46, having fun on set

In a second photo, Vernon leaned his cheek on Tess’ head in a happy selfie taken backstage.

In her post’s caption, Tess gushed about working with Vernon, calling the experience ‘an emotional rollercoaster’ and telling fans she ‘loved every minute’.

She wrote in full: ‘Had such a blast working with @vernonkay on Game Of Talents playing with the brilliant Ryan. We laughed, we cried… it was an emotional rollercoaster! Loved every minute. Hope you enjoy playing along at home!’

The blonde bombshell also made sure to share a photo of one of the first contestants, Ryan. 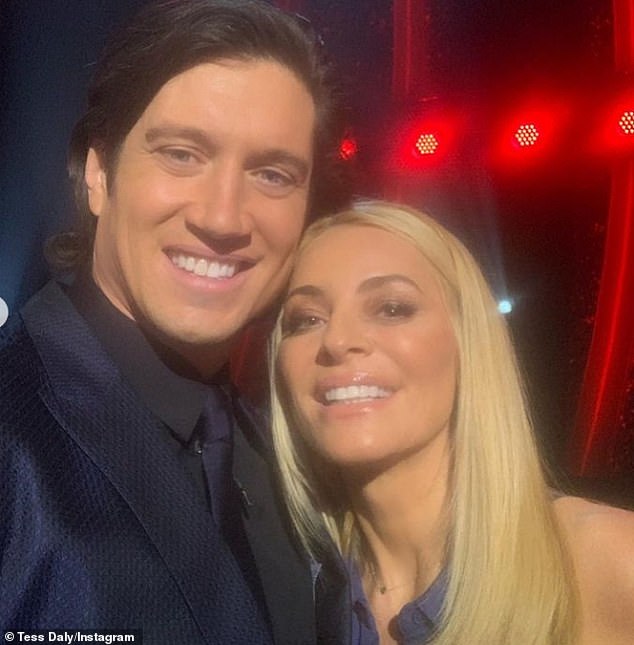 Happy couple: In a second photo, Vernon leaned his cheek on Tess’ head in a happy selfie taken backstage

Meanwhile, in a new interview, Vernon opened up about working with wife Tess for the first time in 14 years.

The presenter told of their time together: ‘We did have a little bit of banter’.

Vernon, who last worked with Tess on singing contest Two Of Us back in 2007, detailed what it was like being back in the studio with the Strictly Come Dancing host, telling The Sun: ‘You’d be surprised! We did have a little bit of banter.’ 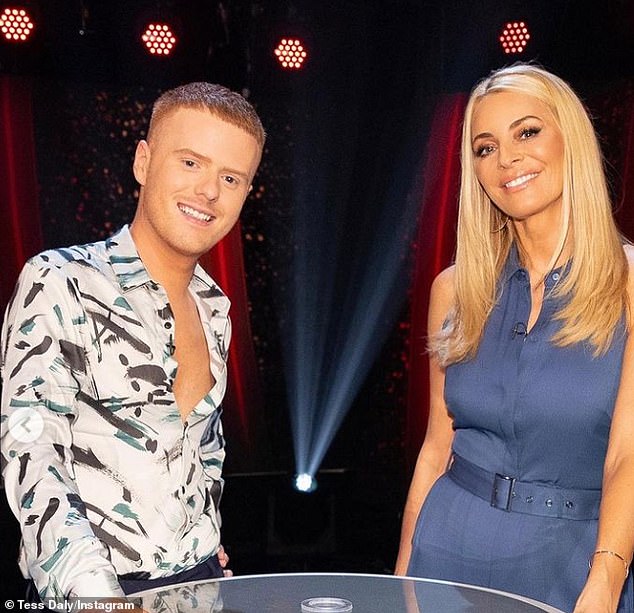 Shout out: Tess also made sure to share a snap of herself with Game Of Talents contestant Ryan

He added of Tess’ appearance: ‘Tess does throw me under the bus a couple of times and we get to find out who her big crush is, which was unexpected and caused her to blush a few times.’

Vernon told how Tess kindly helped him rehearse for the show and acted as the contestants while he played himself and noted that once recording wrapped, she declared it was ‘seamless’.

The former All Star Family Fortunes host sweetly added that though Tess’ episode was one of the first recorded, it was one of his ‘favourites’, with Vernon adding that it was ‘nice’ for Tess to see him at work.

Meanwhile, the TV star discusses his impressive presenting career which has seen him front a number of game shows, including one in America called Skating With The Stars.

Vernon explained that though his Bolton accent accent had ‘softened’ after years living down south, it was a ‘completely different cup of tea’ for America and he had to have elocution lessons.

He said: ‘I did three network shows and I had three different sessions of ­elocution lessons, and I ended up talking like Roger Moore. It’s one of the funniest things ­looking back at my accent on the show. It’s priceless. They thought I was Scottish.’

Vernon added that though it was a ‘great experience’, it was still ‘bonkers’ nonetheless. 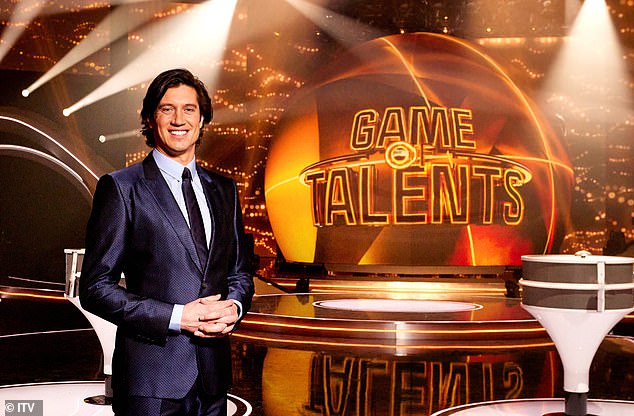 He’s back: Vernon has opened up on working with wife Tess for the first time in 14 years – and he’s over the moon

The former T4 star is set to dominate UK screens once again with his new show Game Of Talents and will be joined by a number of big names, including wife Tess.

She previously said of being on the show: ‘It was great getting to join Vernon on the first Game of Talents. I had such a fun time playing along in the studio, the talents are brilliant and I can’t wait for everyone to play along at home too.’

Vernon will also be reunited with his former I’m a Celebrity…Get Me Out of Here! campmates Jordan North and Giovanna Fletcher.

He will be joined by presenter, singer and TV personality Michelle Visage and Spice Girl Mel B, and TV presenters Stephen Mulhern and Emma Willis.

Vernon Kay said: ‘We’ve got such a brilliant line-up of celebrity guests coming on the show, there’s some viewers favourites from the world of TV and entertainment. And of course it’s brilliant to have my lovely wife Tess taking part in one of the shows.

‘I can’t wait to see the celeb and contestant teams go head-to-head and for the viewers to see what a special show we’ve cooked up.’ 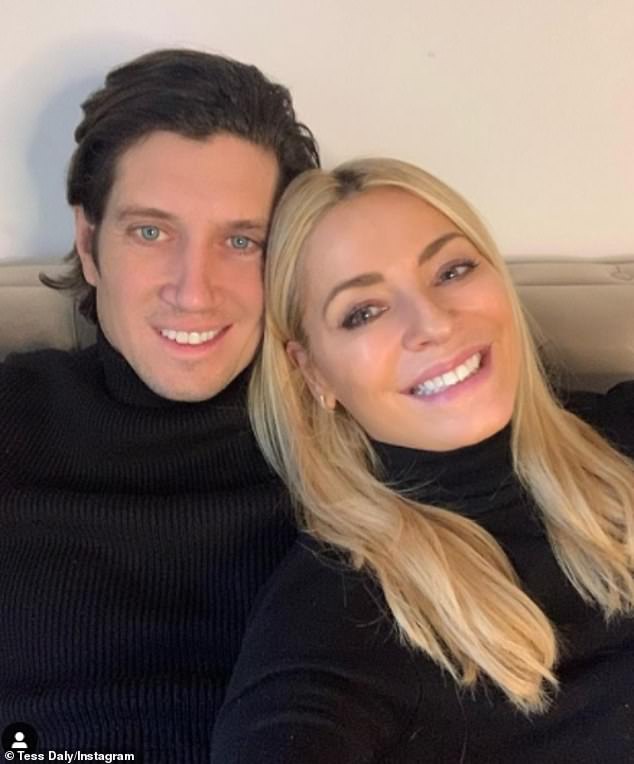 Happy couple: The presenting duo will appear together on new game show Game of Talents in which Tess appears on the first episode