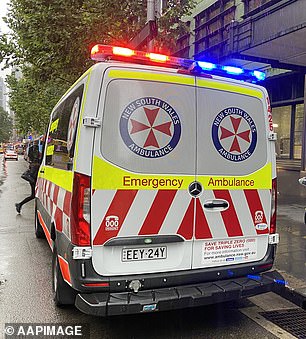 REVEALED: Why emergency service vehicles turn their sirens and lights off after overtaking – and it’s NOT for the reasons you think

They might look like they’re racing to an accident one second and going for a cruise the next – but there is a reason emergency service vehicles turn their sirens and lights off after overtaking – and it’s not because they are on the way to Maccas.

The NSW SES Yamba Unit explained in a social media post on Thursday the reason for the move which sometimes leaves other road users dumbfounded.

They said sometimes an emergency situation is downgraded so additional police units, ambulances and firefighters originally dispatched to the scene are told to  stand down.

The NSW SES Yamba Unit said on social media on Thursday, November 11 that emergency vehicles which suddenly switch off their sirens and lights have mostly likely been told to stand down as the situation they were dispatched to had been downgraded

‘As driving lights and sirens is one of the most dangerous elements of any emergency response, the decisions are made quickly by the first on scene emergency vehicles and passed on to the other services as soon as possible.

‘Rest assured we’re never just over-taking people for the fun of it, we’ve most likely received an update or instruction that our response is no longer as urgent and we downgrade from an emergency response so we’re doing our best to keep ourselves and other road users safe.’