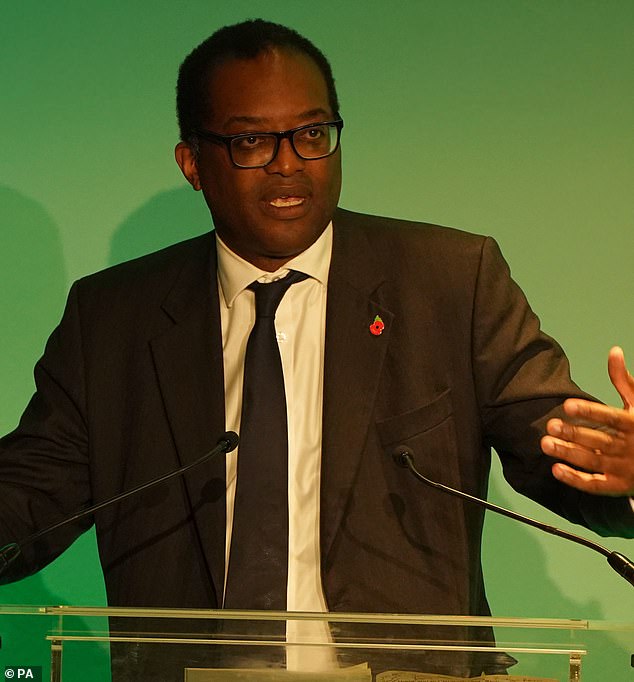 By Lucy White City Correspondent For The Daily Mail


Kwasi Kwarteng has become the first Government minister to intervene in the controversial takeover of LV as he urged the insurer’s bosses to come clean over the deal.

The Business Secretary backed a call from Labour MP Gareth Thomas in Parliament yesterday for LV to disclose how much it was paying advisers on the £530million deal.

His comments came as a row broke out between LV and Royal London, a rival life insurer which had hoped to buy the firm but was snubbed in favour of the buyout barons at Bain. Mr Kwarteng’s intervention could put him at loggerheads with Malik Karim, the Tory treasurer and founder of City investment bank Fenchurch Advisory Partners.

Fenchurch is one of LV’s key advisers on its sale to US private equity firm Bain Capital, and will rake in a multi-million-pound fee for its work, the Daily Mail revealed last week. So far, LV and Fenchurch have declined to reveal how much the advisers will be paid. Other firms working on the deal include City spinners FTI Consulting and law firm Clifford Chance.

Addressing Mr Thomas’s call for LV to reveal how much of its members’ money was being spent, Mr Kwarteng said he was ‘particularly interested in this deal’. He said: ‘I think [Mr Thomas] is absolutely right, I think people who are shareholders, people who are customers, have every right to transparent data. I would very much support that.’

Barry O’Dwyer, chief of Royal London, which has submitted a rival bid, said Bain’s offer for LV has provoked ‘near-universal dismay’ and was unlikely to be voted through by members. LV chief executive Mark Hartigan hit back, accusing Royal London of lobbing a ‘hand grenade’ into the takeover and branding the firm’s claims ‘grossly misleading’.

The sale of LV, formally known as Liverpool Victoria, has angered MPs across the political divide.

The firm, set up in 1843, has always been a mutual – meaning it is owned by its customers and run for their benefit. But now the firm’s bosses want to sell LV to Bain, a profit-hungry US investor which would demutualise the historic business.

The sale of LV, formally known as Liverpool Victoria, has angered MPs across the political divide. Pictured: Malik Karim, the Conservative Party treasurer who could net millions from the LV takeover

Many of LV’s 1.2million members, who will vote to decide whether the deal goes ahead, have written to the Mail voicing their dismay about the Bain deal.

Last week Royal London, also a mutual, wrote to LV’s board offering to revive its bid for the firm it made last year.

On Radio 4’s Today programme yesterday, Mr O’Dwyer said: ‘The near-universal dismay which has greeted that [Bain] proposal means that I think there is a significant risk now that members won’t support that proposal.’ But LV released a statement yesterday slamming Royal London.

It said the firm had been ‘grossly misleading’ in suggesting that LV would remain a mutual under the rival offer.

But Royal London hit back, claiming that it was open to discussions with both LV and Bain which would allow it to buy the insurer and keep its mutual status.

As the tit-for-tat battle continued, Mr Hartigan accused Royal London of launching a ‘hand grenade to disrupt the process’. LV members have until December 8 to vote on the Bain deal. They can also vote at an online general meeting on December 10.