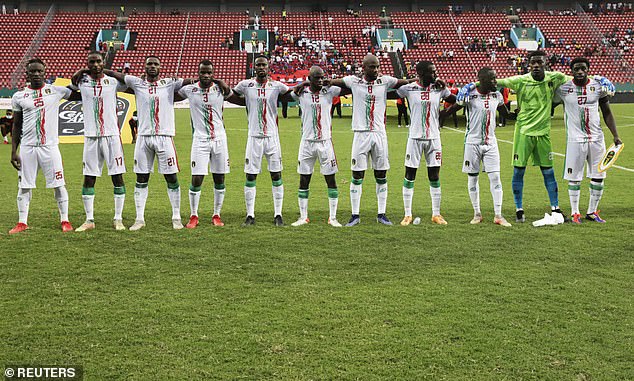 
There were further farcical scenes at the Africa Cup of Nations today, with the wrong national anthem twice being played for Mauritania.

Following a problem with the stadium’s sound system ahead of the game against Gambia, the Mauritania players were asked to sing the anthem without music.

Look at poor Aboubakar Kamara shaking his head as the wrong anthem is played for Mauritania ahead of their game with Gambia. What a shambles. pic.twitter.com/glO1mgBVkB

The Mauritania players were understandably furious at the situation, with the confusion persisting for several minutes.

Eventually the Gambia national anthem was played, with there being no problems on that occasion.

The Group F fixture then finally got underway at the Limbe Omnisport Stadium.

The scenes followed on from controversy in the tournament’s first game of the day, with referee Janny Sikazwe receiving much criticism for his officiating as Mali beat Tunisia 1-0.

The referee bizarrely blew the whistle for full time after just 85 minutes and then restarted play. However, he then ended the game with 89 minutes and 43 seconds played.

As a result of Sikazwe’s decisions the Tunisia bench were livid, with coach Mondher Kebaier grabbing the referee’s arm and pointing to his watch.