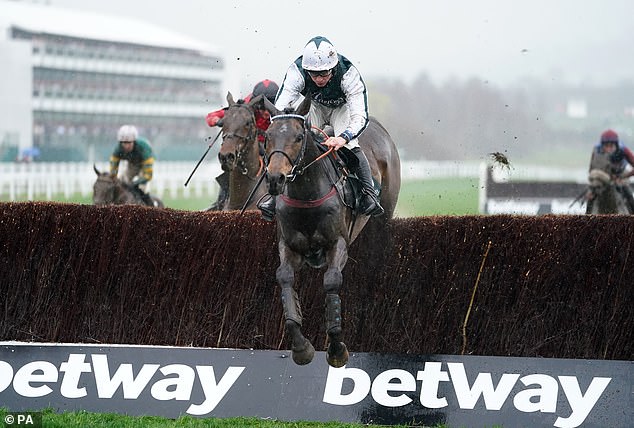 L’Homme Presse completed a five-timer over fences to remain unbeaten when cruising to success in the Brown Advisory Novices’ Chase at Cheltenham.

There was drama 20 minutes before the race as ante-post favourite Bravemansgame was pulled out by Paul Nicholls, owing to the increasingly soft ground, along with Irish challenger Fury Road.

That left the Venetia Williams-trained L’Homme Presse, who had won the Scilly Isles Novices’ Chase by 21 lengths at Sandown, facing eight rivals under Charlie Deutsch and he duly put them to the sword.

Ahoy Senor made the running in the early stages, tracked by L’Homme Presse, who took it up at the seventh of the 19th fences and jumped his rivals into submission.

Though Farouk D’alene threw down a challenge turning in, he came down after jumping the penultimate fence, but it never looked like the winner would be beaten.

To his credit, Ahoy Senor, whose jumping at times was still a little novicey, continued to stay on but in the end was still three and a half lengths adrift, with Gaillard Du Mesnil sticking on for third, a further length and three-quarters back.