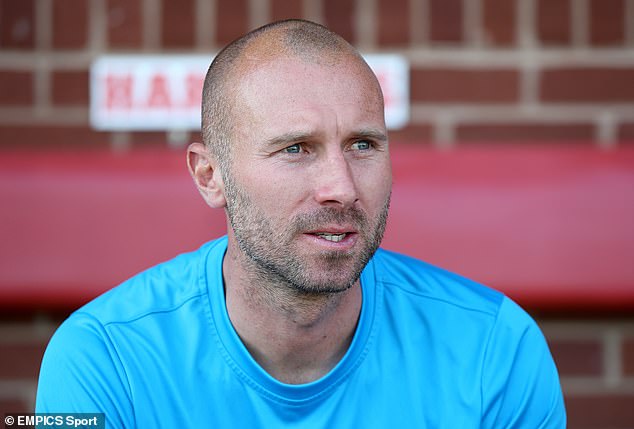 Russell Penn is attracting interest from EFL clubs as he looks to guide Kidderminster Harriers to promotion.

The National League North side face Boston United in the play-offs on Thursday with a semi-final against Fylde awaiting the winners. Manager Penn shot to prominence this season after an impressive FA Cup run where Kidderminster came within seconds of causing an upset against Premier League West Ham.

It took the introduction of £150million-rated England international Declan Rice plus extra time to get the Hammers over the line in the fourth round tie, and David Moyes later admitted his side didn’t deserve to win before laying praise on his counterpart Penn.

In the wake of their Cup heroics, the 36-year old Penn vowed to push his side further and they finished the regular season on Saturday with a 1-0 win over Darlington.

Kidderminster recognise the work Penn has done and are keen to agree a new contract but that hasn’t stopped clubs up the pyramid taking note of their manager’s work.

Promotion to the National League would further enhance the credentials of the aspiring young boss.

Penn’s assistant Jimmy O’Connor said: ‘It has been a season that will be celebrated in years to come, I’m sure, because of what happened in the FA Cup. But we don’t want to be defined by just The FA Cup run this season, we want to go on and really achieve something.

‘Our goal at the start of the season was to do that and nothing’s changed.’