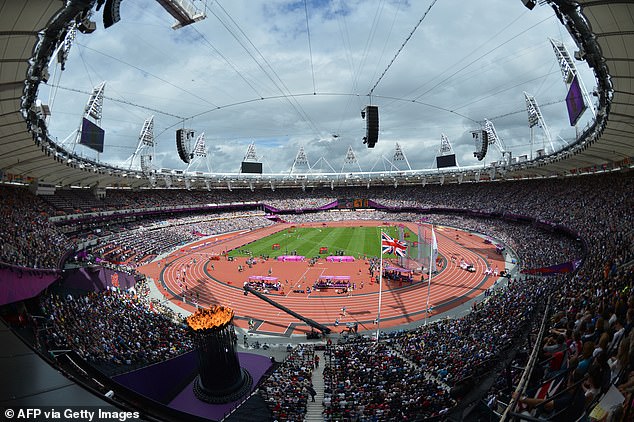 London mayor Sadiq Khan has revealed he is in talks with the International Olympic Committee about bringing the Games back to the capital in 2036 or 2040.

Khan admits plans are being worked on for London to host the Olympics for a fourth time using most of the same venues as 2012.

‘We’ve got the facilities in London so the cost wouldn’t be humongous and we could have the greenest Olympics ever,’ he said.

‘We’re working on the preliminary plans, we’re talking to the IOC, so watch this space.’

The British Olympic Association would have to be part of any formal discussions but have so far not been involved. The IOC also refused to confirm what conversations had taken place.

An IOC spokesman said: ‘At this stage in the process, any contact with an interested party from whatever city would remain confidential.’

The next Olympics take place in Paris in 2024, followed by Los Angeles in 2028. Brisbane was announced as the host of the 2032 Games last summer.

India, the largest country never to stage the Olympics, have confirmed they are looking at a multi-city bid for 2036. Egypt, Turkey and Russia have also been linked with a bid.

Khan was speaking in New York after unveiling plans for the return of Major League Baseball to London in 2023.