Girl, 11, with childhood dementia left without eyesight, speech, memory or the ability to move - healthyfrog Skip to content 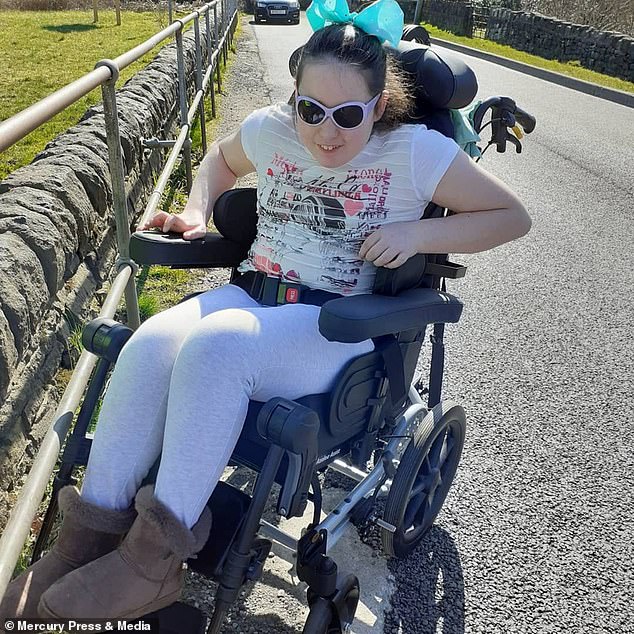 An 11-year-old girl has forgotten nearly everything she has learned after being diagnosed with childhood dementia.

Molly Ingham, from Stalybridge, Cheshire, was a ‘perfectly healthy’ child until she turned six when she began having seizures, started to lose her eyesight, memory and mobility.

She was eventually diagnosed with Batten disease – a rare form of childhood dementia which also robs children of their eyesight, speech and ability to move – and sufferers are unlikely to make it to adulthood.

Molly Ingham, 11, from Stalybridge, Cheshire, was diagnosed with Batten disease – a rare form of childhood dementia – which has left her unable to see, speak or move properly 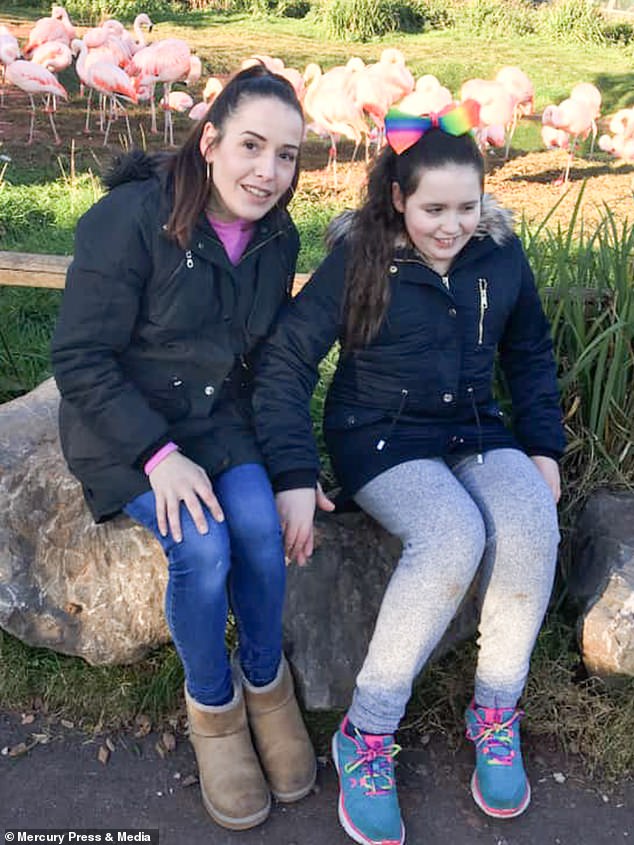 Her mother Adele, pictured with Molly, said her daughter was  ‘perfectly healthy’ until she turned six. The 39 year old said Molly started having regular seizures and losing other motor functions 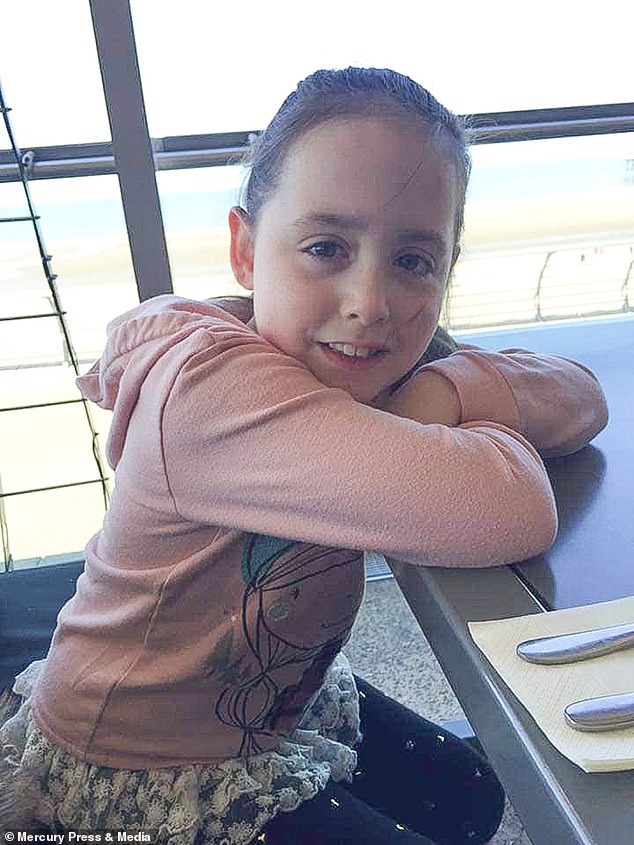 The 11-year-old has forgotten nearly everything she has learned in her life so far and her ability to see, speak and move are gradually deteriorating too

Mum, Adele Ingham, 39, said: ‘It’s been devastating to watch the most outgoing little girl, that could do everything every other six-year-old could do, go into this situation.

‘My dad died two and a half years ago and she still wants to go in when we drive past his flat.

‘She started a special school last September and made lots of friends, but she can’t remember any of their names now. 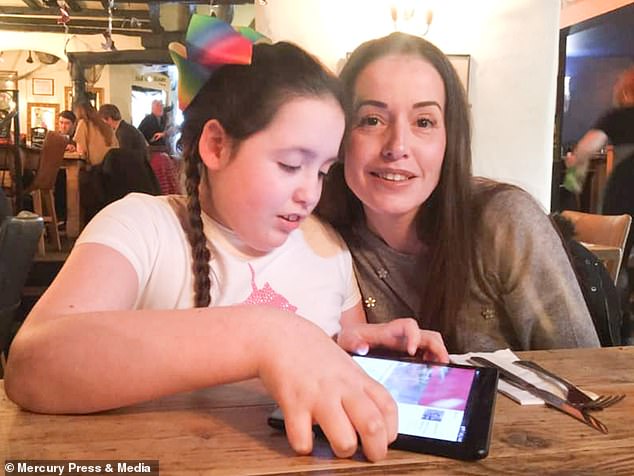 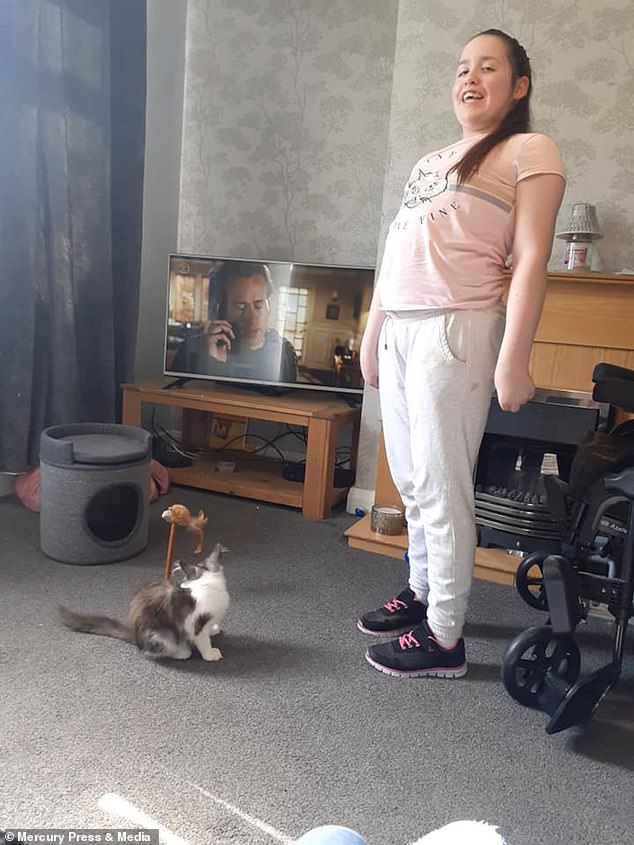 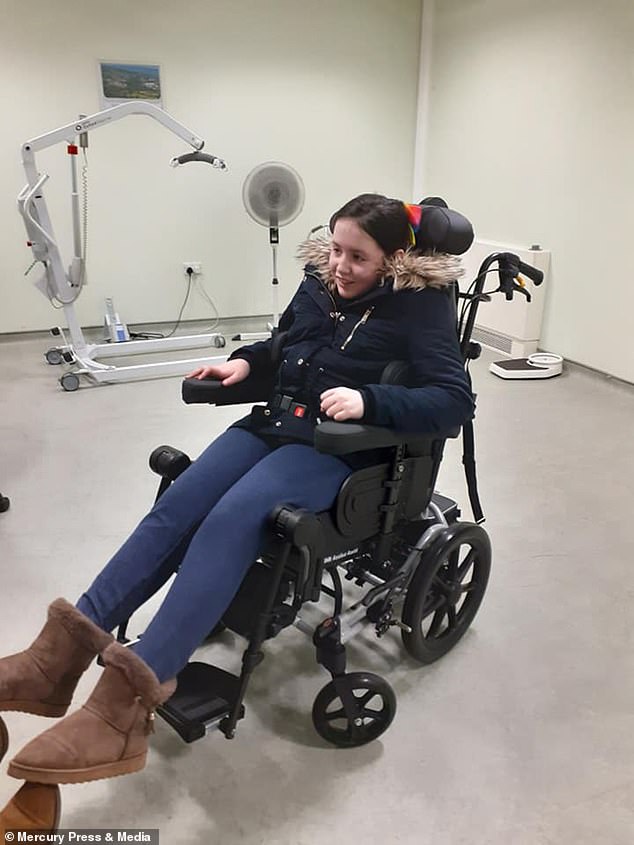 After she turned six, Molly’s teachers started to notice her zoning out. On one occasion during a school PE lesson where all the children were jumping through a hula hoop Molly didn’t know how to do it, even though she’d watched 20 other children do it 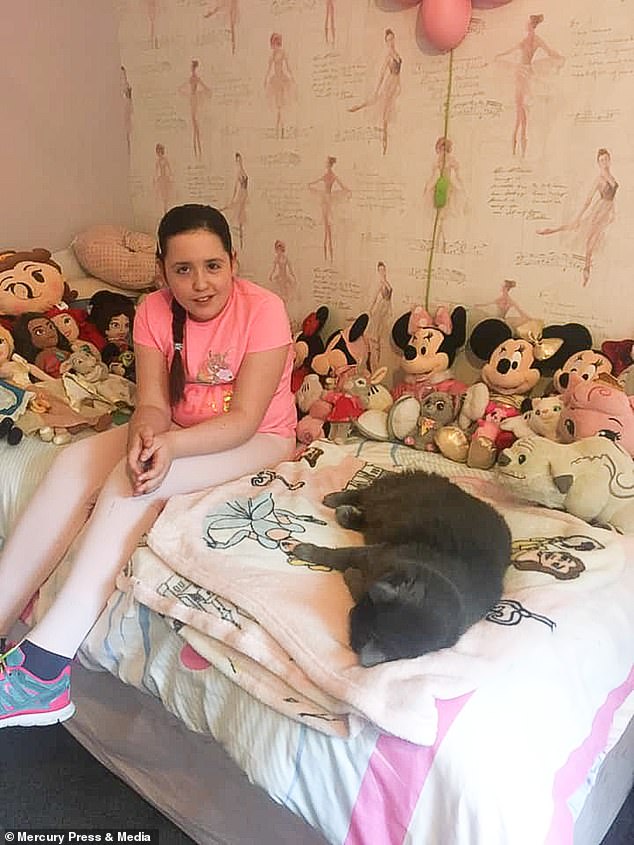 A big Disney fan, the young girl used to enjoy singing along to songs and know every word, but now struggles to string even the simplest of sentences together due to her condition

‘She says she wants to go home when we’re already at home. There’s a lot of confusion.

‘She used to know every word to every Disney song now she can’t even string a sentence together.

‘She can’t see anymore. I just bought her a new Olaf toy and she didn’t know what it was until she felt his carrot nose.

‘She used to be able to ride scooters, go to the park and on the climbing frames and everything just started becoming more difficult, so she’s in a wheelchair now because she’s got no balance and she’ll fall and hurt herself.

What is Batten disease?

Batten disease is a rare group of nervous disorders which get worse over time.

It usually starts in childhood, between five to ten years old, and there are several forms – but all are fatal.

Typically, patients with Batten disease will die as teenagers or in their twenties.

The disease is genetic and both parents much be carriers to pass it down.

‘It’s a form of childhood dementia, but there are other things that a typical elderly patient with dementia wouldn’t have.’

Adele says Molly was a perfectly healthy child until she turned six when teachers started to notice her zoning out and she began having seizures.

The stay-at-home mum said: ‘Teachers had started noticing things. For example, the kids were jumping through a hula hoop in PE and Molly went last. But when it was her turn to go, she didn’t know how to do it, even though she’d watched 20 other children do it.

Molly was taken to see a paediatrician who suggested ADHD or a low IQ but after a second opinion, she was diagnosed with absence epilepsy until the condition progressed and her seizures became more frequent.

She was eventually diagnosed with Batten disease in May 2019.

Adele said: ‘In February last year, we had to call an ambulance because she was hallucinating.

‘She could see spiders crawling all over the walls and I couldn’t calm her so we spent three days in hospital where she had lots of tests and was finally diagnosed.’

Adele worries she doesn’t have much time left with Molly and is hoping to get her treatment that is available in Dallas called Taysha Gene Therapy.

She said: ‘I might have only a few years left with her and that’s being positive.

‘The treatment won’t bring her eyesight back but it might help her to say the odd sentence instead of the odd word. So there’s still hope and a lot of fighting to do, but I won’t stop.’