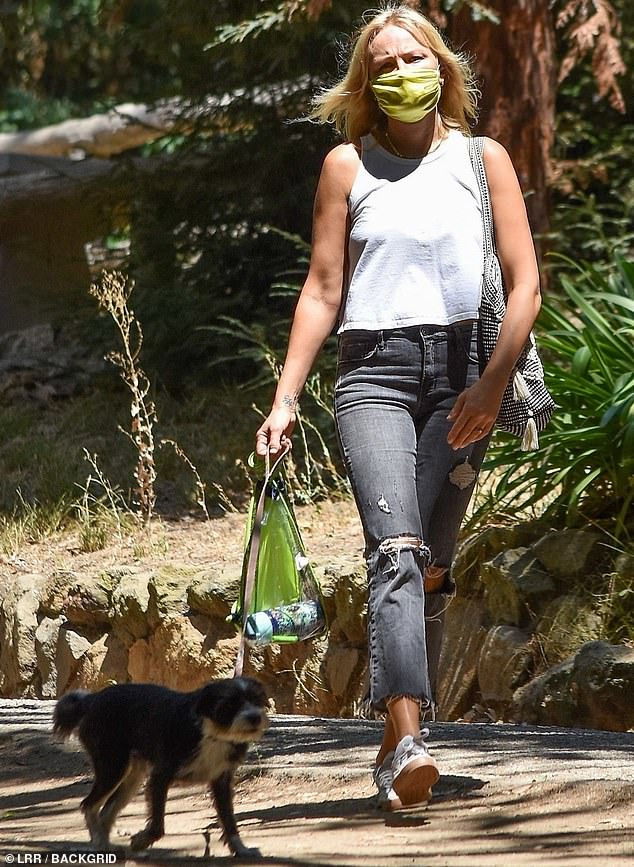 Malin Akerman was California casual when she was spotted taking her dog out for a walk in Los Angeles this Wednesday.

The 42-year-old blonde slipped into a pair of fashionably fitted and torn jeans, throwing on a pearl grey tank top.

She made sure to take the precaution of bringing a mask with her as she emerged from lockdown amid the coronavirus pandemic.

Legging it: Malin Akerman was California casual when she was spotted taking her dog out for a walk in Los Angeles this Wednesday

The Stockholm native recently told Parade that when it comes to her psychological well-being ‘I try to take a moment for myself every day.’

Malin revealed: ‘I took a course on Transcendental Meditation a while back, and I really enjoy that when I have time. Getting out in nature has been great for me, and exercise is always good for my brain.’

The Watchmen star added: ‘I can wake up feeling groggy and tired and not ready for the day, but as soon as I get some movement in, it shifts my whole perspective and capacity to deal with the day. When I need it, I definitely tap into a therapist. And sometimes, it’s just indulging in a glass of wine – that’s great for my mental health.’

She shares her son Sebastian, seven, with her ex-husband, Italian drummer Robert Zincone, whom she met when they were both in the band The Petalstones. 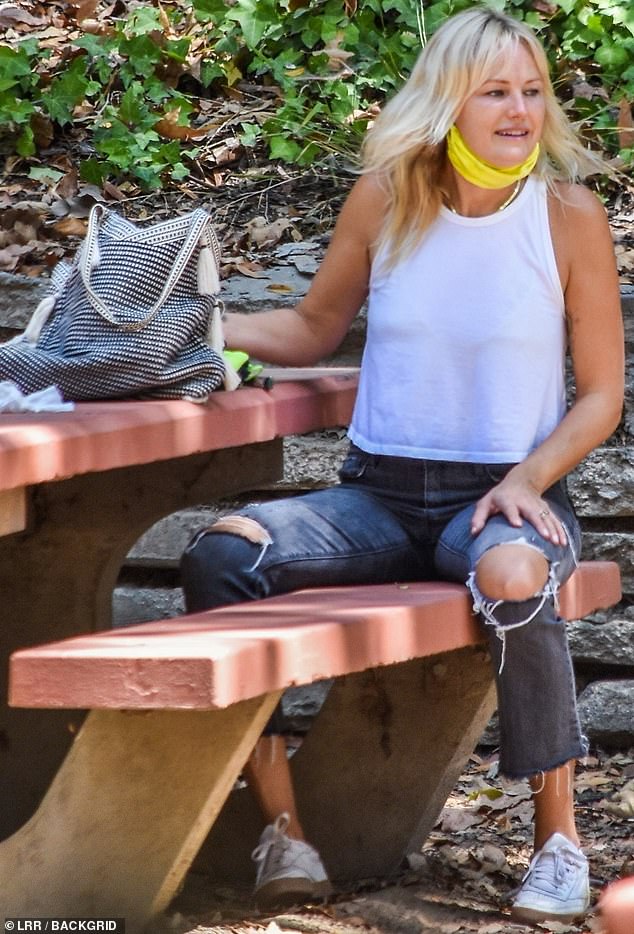 Aglow: The 42-year-old blonde slipped into a pair of fashionably fitted and torn jeans, throwing on a pearl grey tank top

Malin, the lead singer of The Petalstones, married the drummer in Sorrento 2007 after they struck up a romance with the help of an English-Italian dictionary.

Their split went public in November 2013 seven months after Sebastian was born, and their divorce was finalized the following year.

In 2018 she married to the British actor Jack Donnelly, who features in her upcoming comedy movie Friendsgiving. 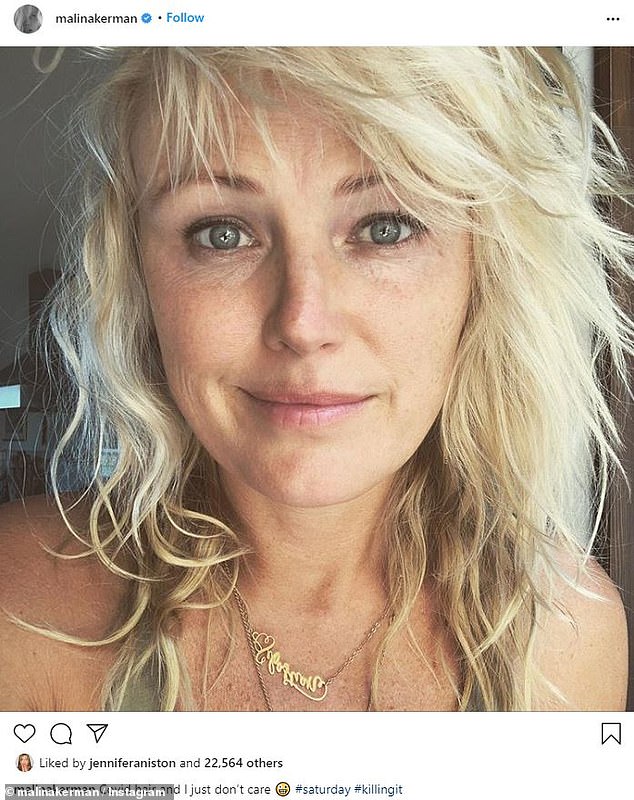 Radiant: She shared a recent selfie showing her ‘Covid hair’

Shortly before the lockdowns began Malin was in Puerto Rico filming another one of her forthcoming movies, Chick Fight.

The action comedy is about a secret women-only fight club and features the Boss Baby star as Malin’s trainer.