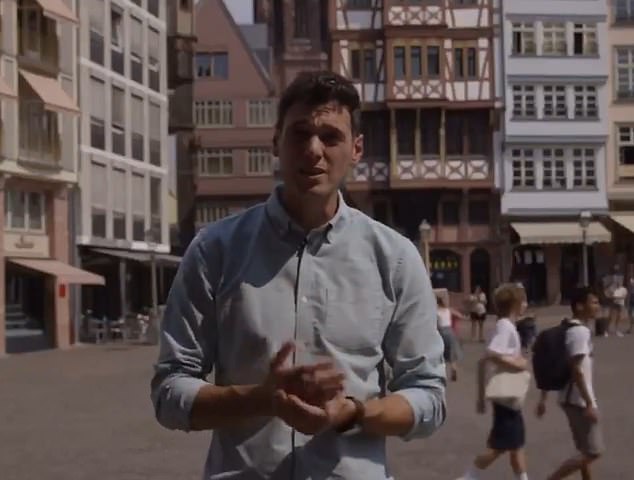 A BBC reporter has praised a couple of pranksters who ‘ruined’ his TV report by doing a ‘glitch in the Matrix’ trick.

Joe Tidy, a cyber reporter, was filming from Frankfurt in Germany last week when two young men began walking backwards in shot behind him.

The prank meant his clip was unusable on air, but Mr Tidy said he couldn’t help but praise their ingenuity once he spotted it in the editing room.

A young man and woman began walk backwards in shot behind Joe Tidy, a cyber reporter for the BBC, who was filming from Frankfurt in Germany last week 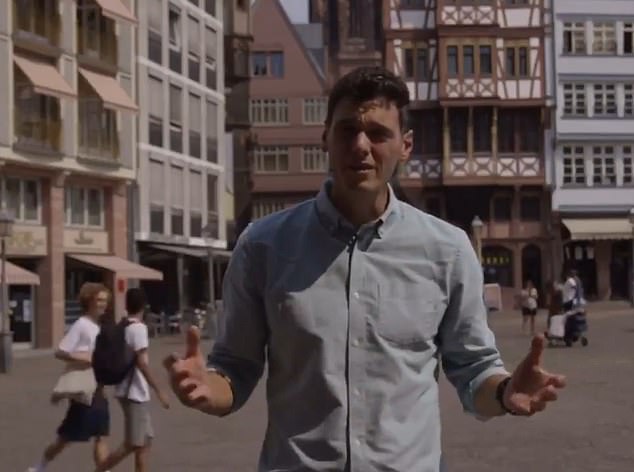 The trolls laugh with each other as Mr Tidy continues his report, not knowing they have ruined the shot with the ‘inspired’ prank

In the video, Mr Tidy begins his report standing in a square in Frankfurt when two people appear on the right of the image.

The pranksters, one holding a side bag and the other carrying a back pack, begin walking backwards.

They move from the right to the left of the screen, giving the impression the background is being rewound behind the reporter.

Mr Tidy took to Twitter to congratulate the two people for their ‘inspired’ trolling on Friday. 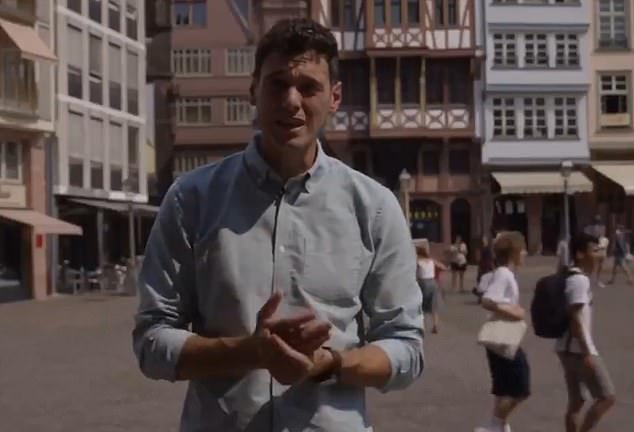 The prank meant his clip was unusable on air, but Mr Tidy said he couldn’t help but praise their ingenuity once he spotted it in the editing room 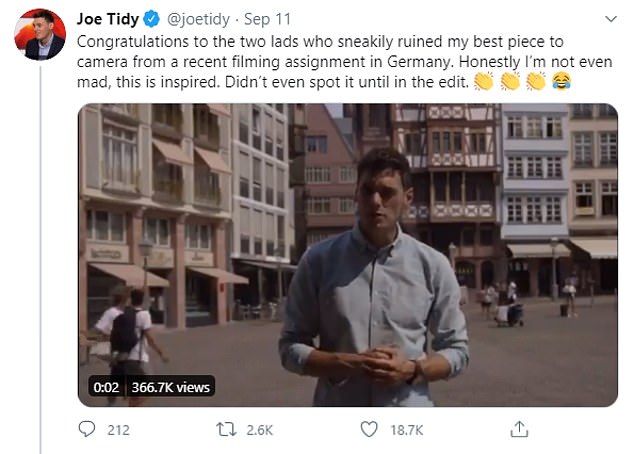 He wrote: ‘Congratulations to the two lads who sneakily ruined my best piece to camera from a recent filming assignment in Germany.

‘Honestly I’m not even mad, this is inspired. Didn’t even spot it until in the edit.’

The video quickly went viral, with hundreds leaving comments in support of the ‘brilliant’ prank.

Mark Cieslak wrote: ‘It’s like a glitch in the Matrix, that’s inspired’.

Dan Whitehad said: ‘I just love this. They must have known it would have made using it impossible. Brilliant!’