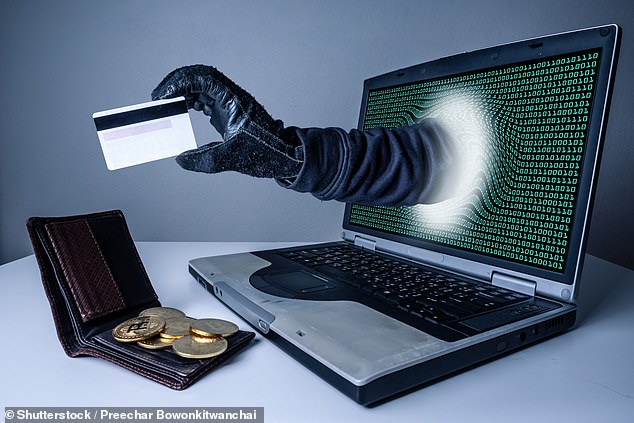 Pension cons are not the only way fraudsters can now steal your investments in an instant.

The pandemic has seen a rise in sophisticated scams targeted at investors looking to make their money go further.

Industry body UK Finance says British savers lost £55.2 million to such scams in the first half of 2020 — more than twice as much as two years ago.

Industry body UK Finance says British savers lost £55.2m to sophisticated scams targeted at investors in the first half of 2020 – more than twice as much as 2 years ago

Barclays has seen investment scams rocket by 50 per cent in the first half of year.

Meanwhile, UK Finance says the number of payments made by victims increased by a third compared with last year, prompting fears criminals may initially pay out returns to convince victims to pour in even greater sums.

Of course, investment scams are nothing new. But with more of us managing our money online, swindlers are finding new ways to cheat us.

They often look to tempt savers – including pensioners dependent on their nest egg for income – away from rock-bottom savings accounts by offering supposedly market-beating returns.

After the phenomenal rise of Bitcoin (the internet-based currency intended as an inflation-proof storage of value), fraudsters have been quick to tempt amateur investors looking for the next big thing.

But it isn’t just cryptocurrencies. In recent years, swindlers have touted enticing-sounding investment schemes — everything from holiday resorts to stockpiling graphene (claimed to be an environmentally-friendly wonder material-in-waiting). 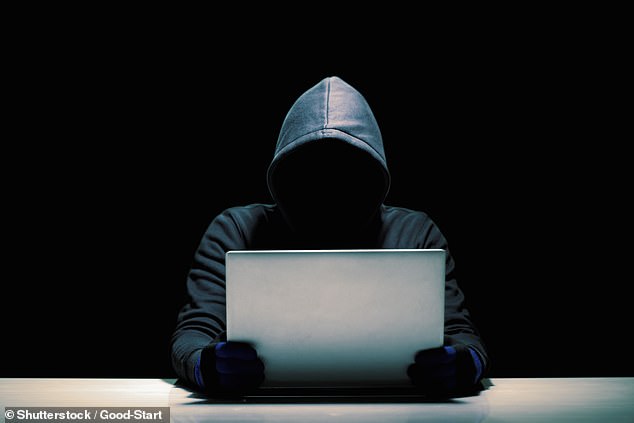 Despite repeated warnings from the authorities, some of the most prolific scams are still open for business, popping up again on the internet almost as quickly as they’re closed down.

Victims are typically lured in by online adverts (including on social media) promising high returns for those who get ahead of the curve.

These fake firms even pay for priority advertising in Google, meaning their websites can appear near the top of a search page — catching those looking for the real deal. 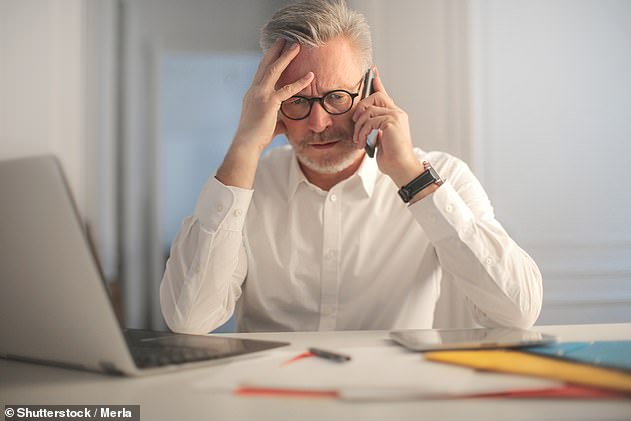 Would-be investors are asked to share their telephone number on a professional-looking website, after which they are contacted by scammers directly

The adverts often use false endorsements from celebrities and business figures.

They may also claim to come from legitimate companies.

Ryanair boss Michael O’Leary took legal action when he found himself the face of a cryptocurrency scam, despite having publicly criticised Bitcoin as foolish speculation.

Other ads feature testimonies from members of the public who’ve purportedly received eye-watering returns. But these are as false as the celebrity ones, with many of the photos stolen from social media.

Investment firm Quilter is now calling on the Government to tackle scam adverts as part of its Online Harms Bill, which will hold social media giants liable for dangerous content on their platforms.

Beware the holidays that leave you high and dry 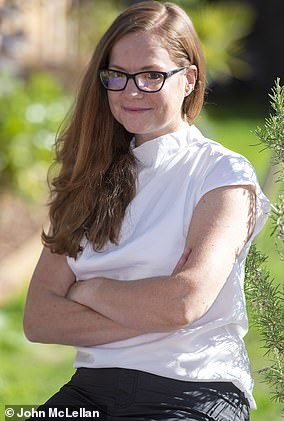 Charlotte Edmonds lost £1,700 when she booked a holiday home for a hen weekend in Newquay, Cornwall

Fraudsters are also preying on families desperate for a well-earned break.

Self-catering cottages, villas and apartments are advertised all over the internet — but many are fake and offer discounted prices using stolen photographs of attractive properties.

The fraudster will likely insist on payment for the full cost upfront, rather than just a deposit.

Ideally, you should also get contact details for the owner, including their home address and phone number.

If they won’t provide this, you could even ask for a utility bill for the holiday home to prove ownership.

You should also receive a booking contract. Be very wary if you’re told no paperwork will be provided.

Hoaxers have also been trying to sell timeshare holiday properties that don’t exist at all. Be wary of letters, phone calls or emails from companies you don’t know offering you deals out of the blue.

Never agree to anything on the spot and get a lawyer to check over a contract.

The law says if you sign a timeshare agreement in the UK, legally you have a 14-day cooling off period to cancel the contract and any related credit agreement.

Scammers may claim you have won a trip abroad. But they will ask for an admin or holding fee to be paid that they say will release the prize. As well as pocketing the cash, the crook will have your card details.

Action Fraud is urging consumers to be on the lookout for fake caravan and motorhome listings on sites such as eBay and Gumtree.

Criminals will come up with excuses for why vehicles cannot be viewed in person.

The scammer will ask the customer to pay ‘off-platform’ to avoid fees, or they might say their account isn’t working, which means the customer sends money via a bank transfer.

Some 2,094 vehicle scams were reported to Action Fraud in July alone — a 550 per cent increase compared with March.

Charlotte Edmonds, 38, from Horley, Surrey, lost £1,700 when she booked a holiday home for a hen weekend in Newquay, Cornwall. She used listings website Owners Direct to make the booking.

But while it was a legitimate property listing, her emails were intercepted by a fraudster who tricked her into paying them instead.

‘It was really upsetting,’ says Charlotte, above. ‘I felt terrible that the money had just gone, and it wasn’t even my money.’

When she called Owners Direct it initially refused to take responsibility but later agreed to reimburse £700.

Homeaway.co.uk bought Owners Direct in 2018 and says it has in place a guarantee which protects against fraud.

Having seen the adverts, victims are then lured onto professional-looking websites, often purporting to come from companies based in London’s financial district.

Would-be investors are asked to share their telephone number, after which they are contacted by scammers directly.

A common tactic is to persuade victims to make a small tester payment, and then dupe them into thinking this initial investment has been successful. Victims are then tricked into handing over a bigger chunk of their savings — money which they are unlikely to see again.

But the Financial Conduct Authority (FCA) is fighting back.

Rather than savvy investors, the scheme targeted everyday savers, with an entry requirement of just £20,000. The scammers trousered more than £200 million.

Even taking the pitch at face value, this is a risky investment. When you’re lending money directly to an unlisted company, it’s notoriously difficult to get back what you’ve put in.

Unlike with a stock exchange, there’s no third-party mechanism for selling your shares; nor is the company under any obligation to refund you if you change your mind.

Eight ways to spot if it’s a con

Many scammers are able to operate as legitimate companies as what they’re offering isn’t entirely bogus; it’s just overhyped.

In many ways, falling for this kind of fraud is even worse than the outright fakes. The fact you technically got what you paid for – even if you didn’t realise it was worthless – makes it difficult to harness consumer protections.

Last year, the FCA banned the marketing to retail investors of ‘binary options’ — speculative contracts in which investors make ‘all or nothing’ bets on the movements of a particular asset.

The overwhelming majority of investors (many of them young and inexperienced) were losing their cash to dodgy brokerages which downplayed the risk. 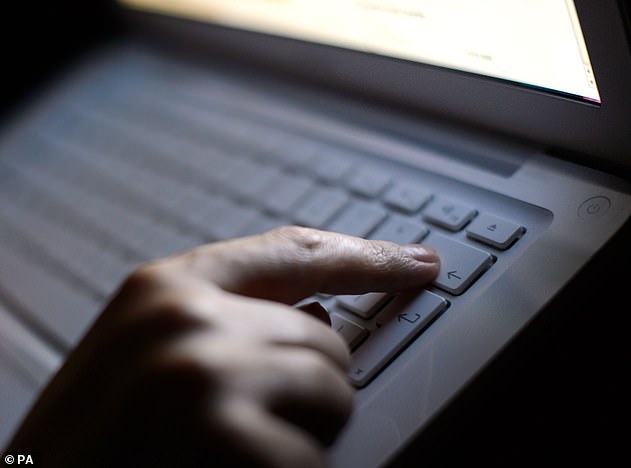 Yet a string of companies in other European countries — most notably in Cyprus — continue to push these risky bets by advertising on UK websites, using tactics to convince British savers they’re above board.

Cyprus-based ET Finance (slammed by the FCA for misleading investors) proudly announces on its website that it sponsors Real Madrid — presumably to assure would-be customers of its credibility.

Yet the firm is actually a second-tier sponsor of the Real Madrid basketball team, not the legendary football club.

What these dangerous scams have in common is the pressure they place on potential customers.

Victims are almost always phoned by the scammers — either through an initial cold-call or having handed over their number — and told to move quickly or risk missing out. 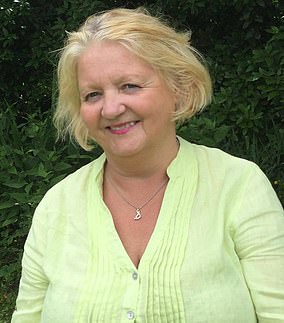 Di Pogson was conned out of £40,000 by a fraudster she met on a dating site

But the boom hasn’t gone unnoticed by con artists, who use the same websites to carry out sophisticated scams.

Before coronavirus, some 2,000 Brits were caught in romance scams, with a total of £18 million lost last year.

The most common trick is the so-called ‘catfishing’ scam, where fraudsters create fake identities online in order to dupe real singles.

The aim is to build enough trust with their victim so that they can find a reason to ask for money.

Once the cash has been sent, it’s hard to get it back — as banks typically consider it to have been handed over voluntarily.

Romance seekers are encouraged to put their date’s photograph into Google’s image search function to see if the picture has been taken from elsewhere. A lack of photos or friend accounts is also a sign of a fake social media profile.

Users should be extremely cautious about sending money to anyone they haven’t met in person.

Di Pogson, turned to online dating after the death of her husband. Di, in her 50s and from West Yorkshire, got chatting to someone she believed to be a charming businessman working overseas.

With a profile full of glamorous holiday photos, her date looked convincing and was happy to spend hours on the phone talking to her.

In reality, ‘Kevin’ was the creation of a Midlands-based criminal gang who used a string of similar profiles to cheat women out of their savings.

After finding out that Di was an animal lover, the gang used a story about a sick pet dog to coax her into sending money. Eventually, she lent some £40,000. She only got back £1,300 when the gang’s assets were seized by a court order.

Di says: ‘The criminal gangs behind these scams are extremely professional.’

UK Finance’s Take Five To Stop Fraud campaign urges anyone thinking about an investment opportunity to do their homework first.

It says savers should be particularly suspicious about anything presented as a ‘time-limited’ opportunity. As the old saying goes: act in haste and repent at leisure.

What if I’m duped?

If you think you’ve fallen for a pension or investment scam, you need to contact your provider or bank as soon as possible; it may still be able to stop the transfer.

Be aware there’s no guarantee you’ll get anything back. This is particularly difficult with so-called ‘authorised fraud’, where you’ve approved the transfer yourself.

In assessing whether you qualify for a refund, banks will look at whether you paid attention to any warnings.

They must also assess whether you had a ‘reasonable basis’ to believe the service was legitimate. If you fell for an impersonation scam (where criminals pretend to be well-known companies), you may qualify.

Banks also have an obligation to protect ‘vulnerable’ customers: anyone older, unwell or recently bereaved. If this applies to you, make sure they know.

Lastly, make sure you report everything that has happened to the police and to Action Fraud, the Government’s dedicated watchdog.