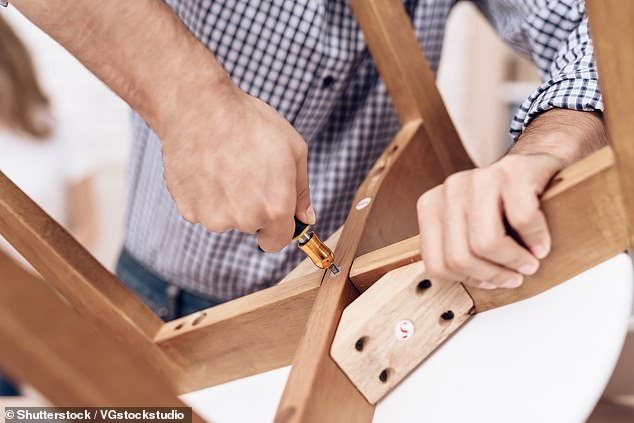 Can YOU do it when you B&Q it? Britons go DIY mad with almost seven MILLION planning to revamp their own homes during lockdown – but less than half say they know what they’re doing

Almost seven million Britons are planning to revamp their own home during lockdown – just in time for the festive season – but less than half are confident in their DIY skills.

New research reveals that 12.8 million households are planning to give their property some sort of makeover during the second national lockdown.

And while more than half plan to do the job themselves, only 39 per cent admit they feel like they know what they’re doing.

12.8 million Britons are planning to give their home some kind of makeover during lockdown

With people stuck at home during the Covid restrictions, jobs that need doing are being noticed more and more but picking up a paint brush or opening the toolbox is also seen as a good way to get some exercise while improving mental health.

The DIY jobs could be anything from a lick of paint to new fixtures and fittings or simple repair jobs.

According to the GoCompare Home Insurance study, getting tradesmen for these jobs has become tricky during lockdown so householders are increasingly opting to do it themselves.

However, the comparison site warned that some policies may be invalidated by botch jobs that should have been done by a recognised contractor. 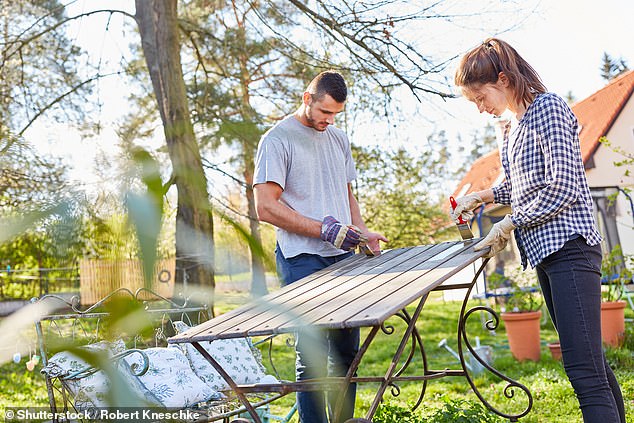 Although 7 million Britons plan to  do the jobs themselves, only 39 per cent admit they know what they’re doing

The survey of 1,000 adults found only 39 per cent of Britons feel they are competent enough to do DIY jobs – yet 54 per cent of those planning home improvements are going to do it themselves.

Some jobs, such as gardening or rearranging storage areas for instance, are easy enough but others being tackled include fitting bathrooms and kitchens.

The lockdown has also increased the need for creating dedicated office or work space within the home which has led to higher demand for extensions.

But many can see a benefit in DIY with 28 per cent saying it helps fill the time, 18 per cent who feel it is good for their mental well-being, 24 per cent who are ‘sick of looking at jobs that need doing’ and 27 per cent who want a nice home for Christmas.

Although workmen are allowed into homes during lockdown, many households are wary of asking for professional help and having strangers in their property during the pandemic. 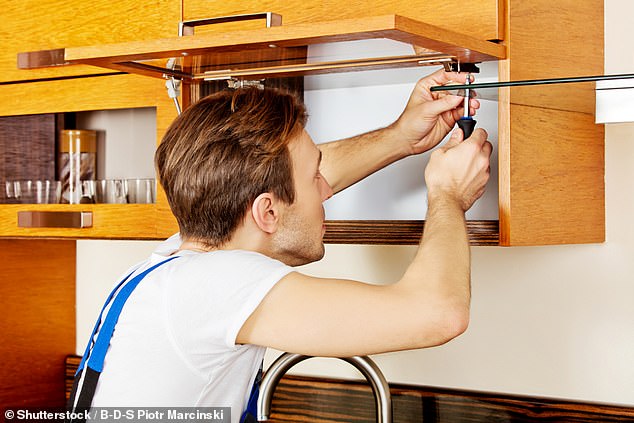 GoCompare founder, Lee Griffin, said: ‘The pandemic has forced us to spend more time at home and, with winter approaching, most of us are looking at another prolonged spell indoors.

‘Over the last few months people have been looking at ways to make the most of their home and any alterations needed to reflect their changing needs.

‘Likewise, lockdown has given some people the time to get to grips with repairs and improvements.

‘But, if you have a more complex job planned or work which involves electrical, gas or plumbing you should engage an expert.’