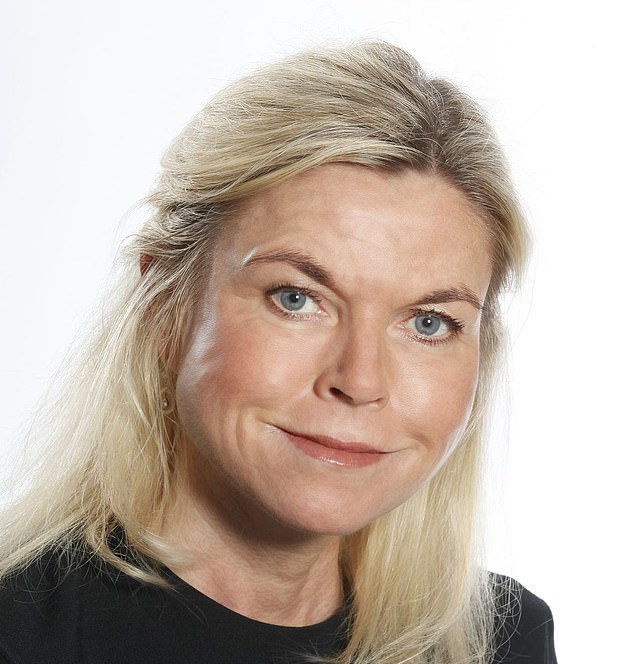 Ladbrokes’s owner is poised to appoint its first female boss as it fights off an £8billion takeover attempt by MGM Resorts.

Jette Nygaard-Andersen, 52, is reportedly the front-runner to become Entain’s chief executive after the firm was left reeling by the shock departure of Shay Segev.

Front-runner: It is thought that Jette Nygaard-Andersen could take charge swiftly as she is already a non-executive director at the firm

The appointment would thrust Nygaard-Andersen into the spotlight as the American casino giant and its biggest shareholder Barry Diller are determined to snap up the London-listed gambling company.

It is thought that Nygaard-Andersen could take charge swiftly as she is already a non-executive director at the firm, having joined in 2019.

The Dane is the former chairman of Copenhagen-based e-sports firm Astralis and has more than two decades of experience in top roles in the media and entertainment industry.

Entain is in ‘advanced talks’ to secure her appointment and could announce it next week, according to Sky News.

Analysts said 44- year- old Segev’s departure leaves Entain in a weaker position as it fends off MGM’s advances. The firm says MGM’s current offer worth 1383p per share ‘significantly undervalues the company and its prospects’.

If hired, Nygaard-Andersen would become the first woman to lead one of Britain’s biggest, listed gambling groups. Along with Ladbrokes, Entain owns the Coral, Bwin and Sportingbet brands and runs 3,000 betting shops.

Jette Nygaard-Andersen will not be the first female boss of a top bookmaker.

Among the others are Bet365 chief executive Denise Coates and Ruth Parasol, co-founder of online casino pioneer PartyGaming.

Coates, 53, launched Bet365 from a prefab building in a car park 20 years ago. Her total fortune is estimated at £7.2billion.

Parasol, 53, became a bil- lionaire in her late 30s when PartyGaming floated on the London stock market and is worth a reported £780m.

The firm later merged with rival Bwin, before becoming part of GVC – which is now known as Entain.