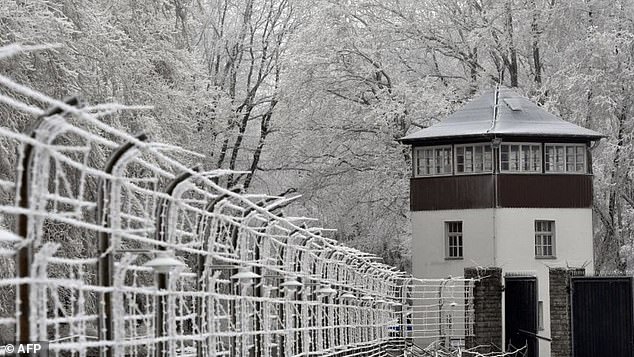 Visitors at Nazi Buchenwald concentration camp are condemned for tobogganing over mass graves where 76,000 people died during WWII

By Emilia Jiang For Mailonline and Afp

A German memorial at the former Nazi concentration camp Buchenwald has demanded an end to visitors playing winter sports at the site, after some were even spotted tobogganing at its mass graves.

Criticising ‘disrespectful’ behaviour, the foundation asked guests to refrain from leisure pastimes at Buchenwald and the former subcamp Mittelbau-Dora in central Germany.

More than 76,000 men, women and children died at Buchenwald and Mittelbau-Dora during World War II. They were either killed by the Nazis or perished through illness, cold or starvation.

The German memorial at former Nazi concentration camp Buchenwald has demanded an end to visitors playing winter sports at the site, after some were even spotted tobogganing

‘Sporting activities are a violation of visitor rules and disturb the peace of the dead,’ the memorial site said in a statement on Thursday.

It warned that its security staff would be stepping up patrols and trespassers would be reported to the police.

The director of the foundation, Jens-Christian Wagner, told news website Der Spiegel that ‘masses’ of daytrippers had gathered at the site over the weekend and most seemed to have come for fun in the snow.

‘Some of the sledge tracks ended at the mass graves,’ he said.

Wagner said he could understand that many families with children wanted to spend time outside, particularly during a nationwide lockdown due to the coronavirus, but that the memorial expected appropriate behaviour from its visitors. 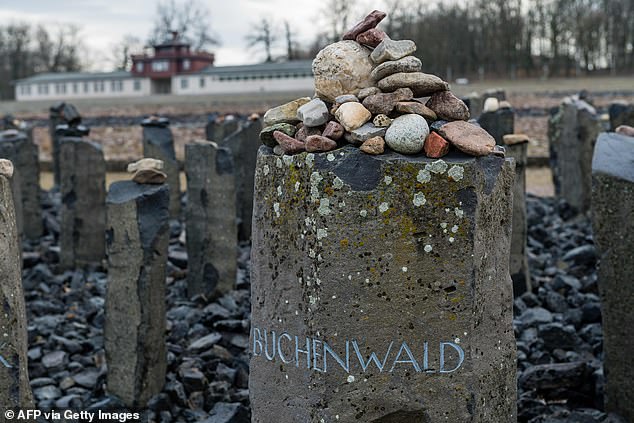 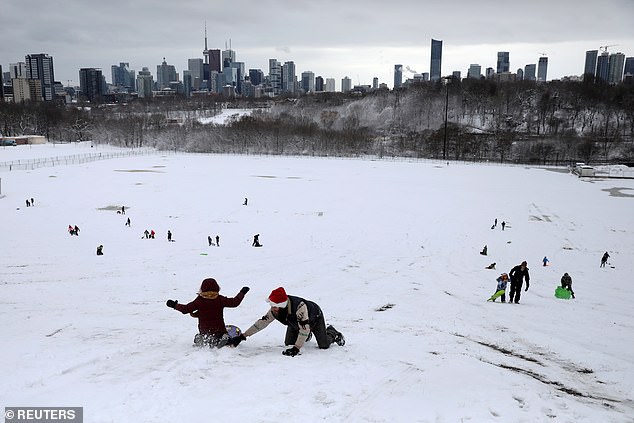 The World War II memorial in eastern Germany urged its visitors to refrain from leisure pastimes after some of them were spotted tobogganing over mass graves. In this file photo, families enjoy tobogganing at Riverdale Park East in Toronto on December 25, 2020

‘As time passes, historical sensitivity is fading,’ he said.

Thousands of Jews were among the dead, but also Roma, gypsies and political opponents of the Nazis, gays and Soviet prisoners of war.

Last January the then head of the Buchenwald foundation, Volkhard Knigge, warned that unwanted visits from neo-Nazis were becoming an increasing problem ahead of the 75th anniversary of the camp’s liberation.

‘We increasingly find messages in the guest book claiming that Nazism and the concentration camps were sensible and good for the Germans,’ he told German media.

The Buchenwald camp was constructed in forest land outside of Weimar in 1937, and was desgined to house political prisoners, Jews, and gypsy groups.

Other ‘strangers to the community’ such as homosexuals, the homeless, Jehovah’s Witnesses and former convicts were also sent to the camp.

At the outbreak of the war, people from across Europe were sent to Buchenwald and its 139 sub camps – which were then pressed into service to support the Nazi arms industry.

In total, 280,000 people are sent to Buchenwald and its sub camps – of whom, some 56,000 perish – many from disease, starvation and even from medical experiments.

The Nazis also execute 8,000 Soviet prisoners of war at the camp.