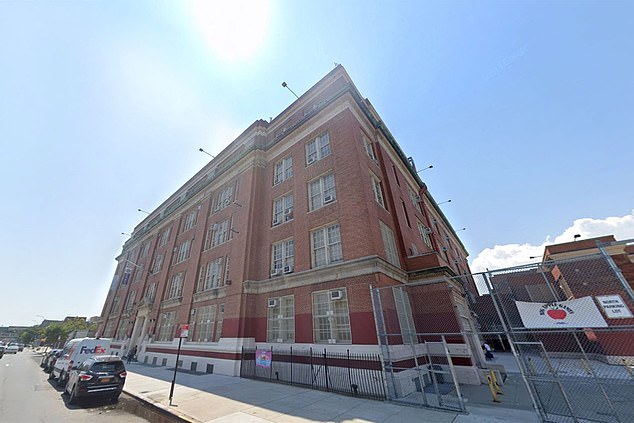 
A school principal in Brooklyn has been accused of purging her staff of white teachers and punishing Hispanic teachers that raised concerns over grade fraud.

In a federal law suit filed this month, David Rivera claimed that Claudette Christie, who was principal of the World Academy of Total Community Health High School between 2013 and August this year, damaged his career.

He suing Christie, Assistant Principal Arianna Lewis, and the DOE for racial and gender discrimination.

Rivera, who began teaching at the school in 2005 and had served as an athletic director there and at three schools, alleged that Christie began removing non-African American teaching staff in 2017.

The NY Post reports that in the law suit, Rivera said: ‘Starting in the 2017-2018 school year, Principal Christie instituted a pattern of disparate treatment towards non African-American staff members.’

He claimed that this treatment of specific staff members led to Caucasian staff eventually represented ‘zero per cent of the faculty’ by October 2019.

Rivera alleges in the lawsuit that he was targeted by Christie, who retired in August this year, after she earmarked his position as athletic director for her friend Assistant Principal Arianna Lewis.

He claimed that Lewis had encouraged relatives of basketball players at the school to accuse him of discrimination against African American staffers – but he added that the Office of Special Investigation eventually dismissed the allegations.

The suit states that Rivera was eventually removed from the position after having raised concerns over coaches changing student’s grades and using fake addresses to facilitate new players to join.

Following his removal from the role, Rivera also alleges that Christie told him: ‘It was time for a Black woman to have this small opportunity.’

He continued to flag misconduct even after being removed as Athletic Director.

In the suit, he also claims that in October 2019 he was removed from school grounds and ordered to work in an off-campus office, with no explanation being given for the decision.

The suit also claims that earlier this year, in May, Rivera was informed he was being investigated for potential illegal player recruitment, but that the probe was dropped only weeks later.