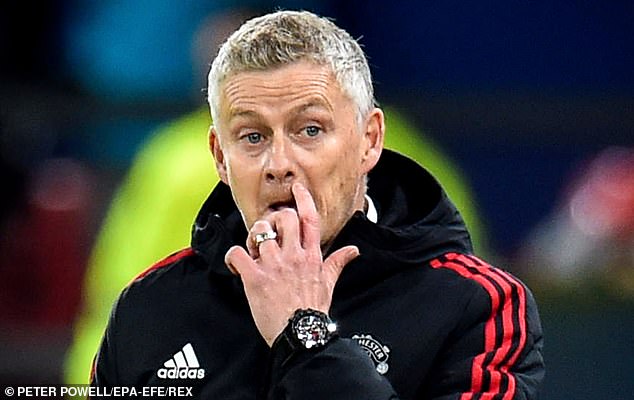 
Rio Ferdinand has admitted calling for former team-mate Ole Gunnar Solskjaer to be sacked as Manchester United manager was ‘not difficult’.

Under-fire Red Devils boss Solskjaer has lost three of his last four Premier League matches, including a convincing 2-0 loss against rivals Manchester City and a 5-0 drubbing at the hands of Liverpool.

And Ferdinand insisted on BT Sport that regardless of his connections to the club, he is paid to give an ‘honest assessment’ and therefore has no qualms about calling for Solskjaer to get the chop – unlike fellow pundit Gary Neville, for example.

Manchester United legend Rio Ferdinand has admitted it was ‘not difficult’ for him to call for  Red Devils boss Ole Gunnar Solskjaer (above) to be sacked, despite his connection to the club

“I’m not saying I’m enjoying saying a manager should lose his job.”

“Things aren’t going well so maybe there needs to be a change to improve things.”

He said: ‘It wasn’t (difficult) if I’m honest. I’ve seen friends of mine say ‘you can’t do that’ but we’re very quick to talk about players. ‘He should never wear the shirt again’, I’ve heard loads of people say, it’s got to be the same for managers.

‘I’m not sitting here enjoying saying the manager should be sacked. Things aren’t going well, so maybe there needs to be a change to improve things.

‘That’s an honest assessment and what I’m paid to do, whether it’s friends, former team-mates or people I don’t know… treat them all the same.’

Ferdinand was then asked if other former team-mates might be avoiding talking about Solskjaer being sacked due to being friends with him – Neville being a notable example.

Gary Neville, another former team-mate of Solskjaer, has so far refused to call for the sack

He added: ‘I don’t know. Everyone deals with situations differently, their opinions and approach to this situation is different. I see it the way I see it and I’m very comfortable and confident in that.’

However, the 43-year-old went on to admit he had no idea who should replace the Norwegian at Old Trafford if he were sacked.

He concluded: ‘I dunno, If I knew the answer to that I should be in the job!’

Ahead of Saturday’s match against Watford at Vicarage Road, United lie in sixth in the Premier League, already nine points off leaders Chelsea.