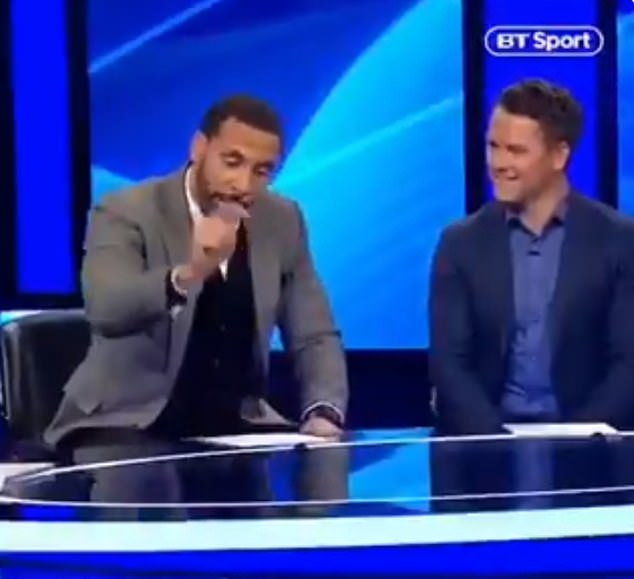 United took a crucial 2-0 victory away at Villarreal in the Champions League, which puts them in the driving seat in Group F and secured qualification to the knockout stage.

It was a ray of hope in what has been a dark week for the Red Devils, but one of their former rivals Carragher saw the opportune moment to make a dig.

Man Utd might not thank me, but get the contract out put it on the table & let him sign it, let him right whatever numbers he wants, let him sign the contract. Carrick’s at the wheel man! #VILMUN @ChampionsLeague

Taking to Twitter, Carragher carefully reproduced a premature tirade by Ferdinand in 2019, in which the ex-United star waxed lyrical about Ole Gunnar Solskjaer in the BT Sport studio.

That night Manchester United had just knocked Paris Saint-Germain out of the Champions League after a sensational comeback in the French capital.

The result persuaded Ferdinand to insist the Norwegian should be given whatever terms and whatever length of contract by the club, in order to sign.

He said: ‘Man United might not thank me, but get the contract out, put it on the table, let him sign it, let him write whatever numbers he wants to put on there given what he’s done since he’s come in and let him sign the contract and go.

‘Ole’s at the wheel, man — he’s doing his thing. Man United are back!’

Not long after Ferdinand’s glowing review just over two years ago, United went on to make Solskjaer their permanent manager after an incredible run of 14 wins in 19 games.

But his reign came to an end on Sunday morning when he was sacked in the aftermath of the humiliating 4-1 defeat at Watford. It meant United had won just one of their past seven Premier League matches.

And with Carrick now one win into his spell as caretaker, Carragher was quick to repeat Ferdinand word for word.

The tweet quickly went viral online, with droves of rival fans using it to taunt the official United account while also reminding Ferdinand personally of his own act of jumping the gun.

United claimed all three points at the Estadio de la Ceramica thanks to second-half goals from club icon Cristiano Ronaldo and summer signing Jadon Sancho – who got on the scoresheet for the first time for his new side.