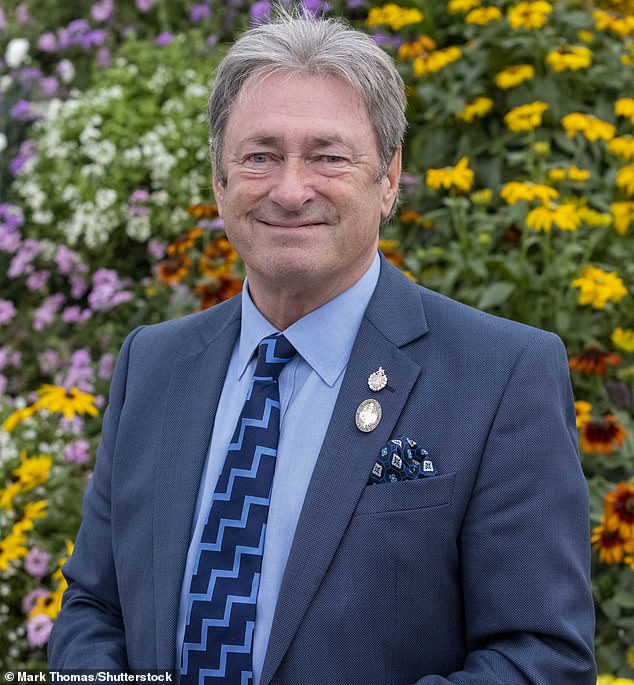 WHAT BOOK would broadcaster, gardener and novelist Alan Titchmarsh take to a desert island?

Having been detained and entertained for most of the winter with Henry ‘Chips’ Channon: The Diaries, with volumes one and two running to a total of about 2,000 pages, it was refreshing to turn to Robert Byron’s The Road To Oxiana, an atmospheric account of a journey made through Persia and Afghanistan by horse and by car in the 1930s.

It is so beautifully written and so evocative of the place and the time, as well as being laced with humour.

I have gone back to the diary format now for Cecil Beaton’s Diaries — the volume dealing with the years 1955-63. His stories of dressing a temperamental Rex Harrison for My Fair Lady and his encounters with Greta Garbo are riveting.

All four of these books are unputdownable and the Channon diaries (strange man!) show how attitudes to Chamberlain and Churchill gradually changed throughout the war.

Contemporary accounts often give a much better idea of what was going on than second-hand historic reportage does.

Definitely a P. G. Wodehouse to remind me of the English countryside and make me smile. Probably Heavy Weather, one of the Blandings novels. I love them, and I envy the delightfully dotty Lord Emsworth who is obsessed by his pig, the Empress Of Blandings.

And I’d also hope to hang on to Delia Owens’s Where The Crawdads Sing, which I read last year on holiday. It is a wonderfully vivid read which transported me to a place I had not hitherto been aware of — the North Carolina marshes.

But allowed just one, it would have to be The Shepherd’s Calendar by John Clare, published in 1827 and so deliciously evocative of the British countryside as it was then.

Beatrix Potter’s The Tale Of Peter Rabbit, which was read to me as a small child — but the urge to write novels was fostered by Daphne du Maurier. I remember exactly where and when I read Rebecca for the first time.

I was collecting the players’ money on the council tennis courts down by the river in Ilkley, West Yorkshire — useful overtime for a teenager.

It rained hard all week so no one came, and as the downpour hammered on the thin roof of the shed in which I sat, ‘Last night I dreamt I went to Manderley again… ’ transported me to Cornwall to meet that dreadful Mrs Danvers and the glamorous but mysterious Maxim de Winter.

I really wanted to get to grips with F. Scott Fitzgerald and so took up Tender Is The Night. His writing is exquisite, but I found the host of characters difficult to pin down in my mind and separate from one another. I began to lose interest and I’m afraid I gave up on them.

I keep meaning to have a crack at The Hobbit, but as a gardener I have a bit of a problem with gnomes and elves…