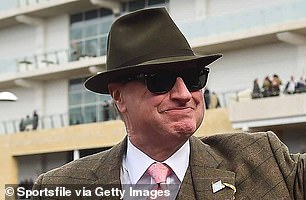 Diamond, who was boss of Barclays between 2011 and 2012, bought a majority stake in Panmure along with the Qatari family in 2018.

He later roped in Ricci his former right-hand man who ran Barclays’ investment bank, to be chief executive. They and Jerry del Missier, were known as the ‘three musketeers’ during their time at Barclays.

But they suffered a fall from grace when Diamond was branded the ‘unacceptable face of banking’ by then-business secretary Lord Mandelson due to his enormous salary, exploitation of tax loopholes and oversight of the Libor rigging scandal.

Panmure’s change in fortunes last year was due to a rise in its number of corporate clients, which almost doubled from 53 to 91, Ricci told the Financial Times.