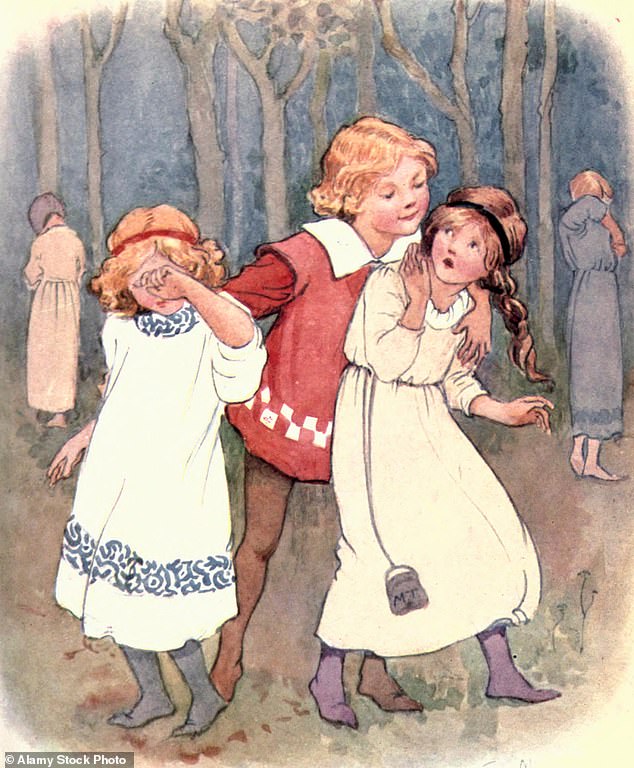 The BBC’s Nick Robinson: It’s coming up to 20 past eight. So, the report has finally come out. And the facts have been laid bare.

Georgie Porgie — the man popularly known as ‘pudding and pie’ — did indeed kiss the girls and make them cry. When the girls came out to play, the report concludes, Georgie Porgie ran away.

The rules were broken. Georgie has now apologised. But for what? He maintains that he didn’t know: he hadn’t kissed the girls, nor had he run away. Apparently, he was shocked when he learned what had happened.

So how much did Mr Porgie know about it? Mr Porgie’s chief of staff, Stevie Weavie, is with me in the studio.

Stevie Weavie, Mr Porgie apologised yesterday. He said he was, and I quote, ‘humbled’. But what exactly was he apologising for?

Stevie Weavie: He has, as you say, Nick, apologised. So now is the time to draw a line under it and get on with dealing with the issues that really matter to ordinary people.

Craig Brown writes: ‘It is perfectly all right for a man in Georgie Porgie’s position to kiss the girls and make them cry? And then to run away? Is that what you and your colleagues consider appropriate behaviour, Mr Weavie?’

Nick Robinson: Are you saying, then, Mr Weavie, that none of this matters? That it is perfectly all right for a man in Georgie Porgie’s position to kiss the girls and make them cry? And then to run away? Is that what you and your colleagues consider appropriate behaviour, Mr Weavie?

Stevie Weavie: I didn’t say anything about behaviour, appropriate or otherwise. But what I am deeply concerned about is dealing with the things that really matter — looking after the poor and infirm, ensuring that our transport system is . . .

Nick Robinson: But, with respect, that’s not the question, is it, Mr Weavie?

Craig Brown writes: ‘Are you saying, then, Mr Weavie, that none of this matters?’

Stevie Weavie: What’s not the question?

Nick Robinson: That’s not the question.

Stevie Weavie: If that’s not the question, then what is?

Nick Robinson: This is the question. Now, will you answer it?

Stevie Weavie: Georgie Porgie has apologised to the girls for anything that may or may not have happened, and most people will respect him for that. In terms of his activity, he was attending these girl-kissing events for a very short period of time and, as I say, he was totally unaware any rules had been . . .

Nick Robinson: Let’s turn, if I may, to his specific behaviour. Georgie Porgie, the report concludes, ‘kissed the girls and made them cry’. Is that, in your view, Mr Weavie, right and proper behaviour for a man in Mr Porgie’s position?

Nick Robinson: That’s as maybe, Mr Weavie. But did he or did he not routinely break the rules — rules that he himself had created?

Stevie Weavie: There are rules and rules.

Nick Robinson: Did he or did he not kiss the girls?

Stevie Weavie: Let’s not be so binary.

Nick Robinson: Talk me through the events of that day, Mr Weavie. The report concludes that — and I quote — ‘Georgie Porgie, pudding and pie, ki . . .’

Stevie Weavie: I’m sorry, but I personally believe ‘pudding and pie’ to be a very offensive nickname, most hurtful and upsetting to those who, through no fault of their own, struggle with a weight problem. And that’s why I think it’s only right that this administration continues to target its support on those most in need.

Nick Robinson: Forgive me, but that’s not what I’m asking. When the rules specifically outlawed the kissing of girls and making them cry, Georgie Porgie went ahead and did just that. But let me put it another way, Mr Weavie. Have you seen the Muffin Man?