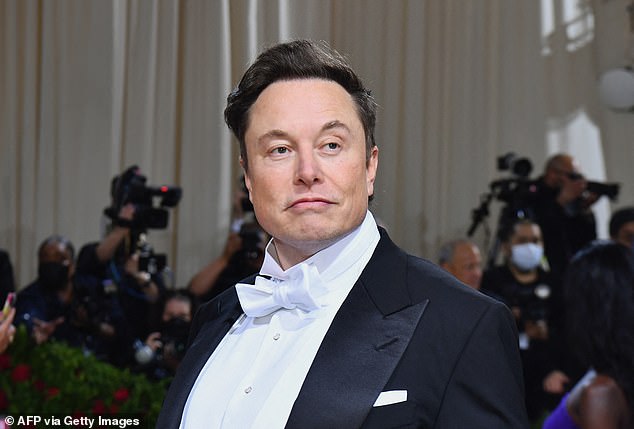 The £36billion takeover of Twitter by Elon Musk moved a step closer yesterday as the social media giant’s board recommended shareholders approve the deal.

The Tesla tycoon, the world’s richest man, launched his audacious $54.20 (£44.15) per share bid in April but the stock has languished well below the offer price for weeks amid fears the deal would collapse.

In a filing with the US Securities and Exchange Commission yesterday detailing a letter to investors, Twitter’s board of directors said that it ‘unanimously recommends that you vote (for) the adoption of the merger agreement’.

Elon Musk launched his audacious $54.20 per share bid for Twitter in April but the stock has languished well below the offer price for weeks amid fears the deal would collapse

Musk, pictured, has in recent weeks threatened to pull out of the take-over in a move that would cost him $1billion – or £815million. But that is just a fraction of his £189billion fortune.

Despite the threats, he reiterated his desire to complete the acquisition last week in a virtual meeting with Twitter staff.

The approval by the social media firm’s board came as Musk, who is chief executive and founder of SpaceX as well as Tesla, said a 10 per cent cut to staff at the electric car maker will happen over the next three months amid fears of recession in the US.

Voicing concern about a recession, he said: ‘It’s not a certainty, but it appears more likely than not.’