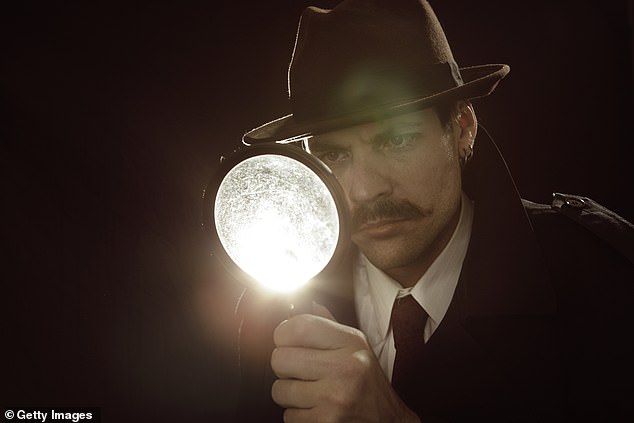 Retirees are facing a lost pension cash crisis with billions of pounds languishing in forgotten accounts.

Fresh analysis of figures dating back to 2008 shows a meteoric rise in the number of savers using the Government’s Pension Tracing Service.

Hidden fortunes: Official figures show the number of ‘inactive’ workplace pensions has more than doubled in a decade

The service aims to reunite people with abandoned pension pots, which increase in number when you swap jobs, move home and lose touch with providers.

Meanwhile, official figures show the number of ‘inactive’ workplace pensions has more than doubled in a decade.

To combat the escalating problem, a new campaign will be launched in September to help people better understand their pensions and track down any lost money.

British workers are expected to have an average of 11 different jobs in their lifetime — adding a new pension with every new employer.

The Government’s pension tracing service is free, but some scammers will offer to help you find lost pensions.

Take care if you do an online search for the Pension Tracing Service as many companies using similar names will pop up in the results.

These will also offer to look for your pension, but some will try to charge or flog you other services, and could be fraudulent.

The Department for Work and Pensions (DWP) reported 63,303 inquiries to the Pension Tracing Service in 2008, three years after it took over responsibility from the Occupational Pension Regulatory Authority.

But searches soared to more than a million between September 2019 and March 2020 — over a period of just six months — according to the most recent figures available.

Pension provider Aviva has been testing its own free pension-hunting service since October last year.

More than 4,500 personal and workplace pension customers applied, each searching for an average of three pensions.

Two-fifths were successfully tracked down, holding a typical value of £20,000. The company has so far managed to retrieve £15 million in total.

Tony Watts’s inflation-linked pension is worth £235 per month

Writer Tony Watts found an old inflation-linked pension worth £235 per month thanks to the Pension Tracing Service.

Tony, 69, the co-author of a book called The Midlife Review, gave the service details of two former employers.

‘I didn’t hold out much hope,’ says Tony, who is semi-retired and lives in Somerset.

‘The only two short periods when I was employed, rather than working for myself, dated back to the late 1970s.’

However, he discovered a long-lost plan from a brief spell working for BOC. Tony says: ‘I can’t speak too highly of the service. It does all the hard work and it’s free.’

Customers were then given their own pension report to help them consider their next steps.

This might include consolidating pots or speaking to an independent financial adviser.

Anna Barrett, Aviva’s head of customer savings and retirement, says: ‘With just a few details, we do the hard work in tracking down a lost pension, saving our customers valuable time and effort.

‘We’ve been excited to see the results over recent months. People need this today to help plan for their future retirement.’

How many pension pots are ‘lost’ — and their combined value — varies according to different reports.

Figures from the Office for National Statistics show there were 21.2 million ‘preserved pensions’ in 2019 — more than double the number there had been in 2009. These are workplace pensions that hold money, but are sitting idle.

Gretel aims to reunite customers with their estranged assets — including pensions, investments and bank accounts. The ABI values the lost pensions crisis at £19.4 billion.

Forecasts by the DWP suggest there will be nearly 50 million dormant workplace pensions by 2050.

Searches: Enquiries to the government’s Pension Tracing Service rose from an equivalent rate of 173 a day in 2008 to around 5,780 per day in 2020 – more than 33 times’ the original figure

In a bid to reunite people with much-needed retirement savings, the British public will be the target of a big wake-up campaign in autumn and winter this year. Known as ‘Pension Engagement Season’, practical tips and simplified explanations about pensions will be issued via post, email and social media.

The campaign will run for three years and is being funded by the industry.

With 17 providers signed up, representing 41.5 million customers, it will be the first time so many schemes have united in this way.

Pensions Dashboards — showing people details of all their pension pots in one place online — are also expected to be introduced gradually from next year.

Ms Tang adds: ‘Ultimately, reuniting people with their lost pots is more likely to happen if people are better engaged in their pensions, and are able to view their pensions all in one place.’

How to track down a lost pension

So can you track down your lost pension cash? Ex-employees can ask their former employers’ human resources departments for information — but this is trickier if a company has changed hands or gone bust since you left.

Up-to-date contact details can be found via the Pension Tracing Service and its database of 320,000 schemes.

You need the name of a former employer or the name of the original pension scheme. Visit gov.uk/find-pension-contact-details or call 0800 731 0193.

Armed with the correct contact information, you can then get in touch with the provider and ask for details of your lost pension.

Once old pots have been traced, there may be choices to make about what to do with them. You can find an independent financial adviser using the website unbiased.co.uk, or through This is Money’s find a financial planner or adviser service with partner Flying Colours.

If you are over the age of 50, you can also get help from the Government’s Pension Wise service. It offers a free one-hour appointment with a specialist. Personalised advice won’t be offered in the session, but you should get a better idea of your options with a personal or workplace pension.

Visit the pensions and retirement section of MoneyHelper.org.uk or call 0800 138 3944 to book an appointment.

Some pots of money that remain unclaimed will eventually find their way into the Dormant Assets Scheme, which allows abandoned cash to be put towards charitable causes.

Money is released from bank accounts that are open, but have been inactive for 15 years.

Not all pensions are included — and ‘defined contribution’ pensions are still under consideration. Also included in the scheme are certain annuities and income drawdown policies.

Over the past decade, more than £800 million has been donated from the scheme to charities in the UK. But any customer who worries that their money has been lost for good can rest easy, because assets can still be reclaimed at any point.