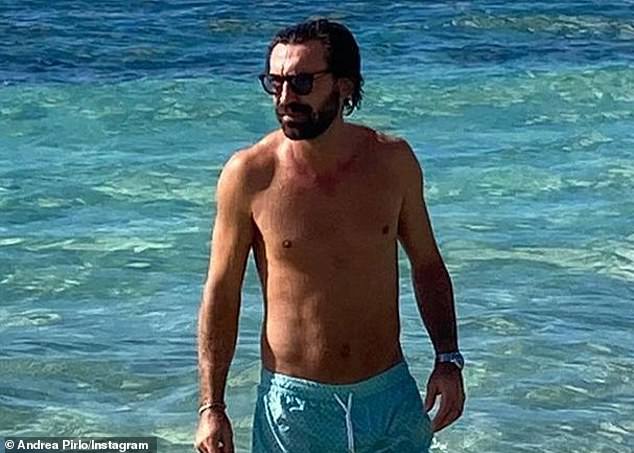 Furious Italy legend Andrea Pirlo looks set to lose his £500,000 deposit on luxury villa at an exclusive millionaires’ resort after it was seized by the courts because of links to a pro-Putin Russian oligarch

By Alvise Cagnazzo For Mailonline

A furious Andrea Pirlo is set to lose out on a £500,000 deposit he put down on a luxury villa after it was seized by the Italian courts due to its Russian owner’s links with Vladimir Putin.

Italian World Cup-winner Pirlo was looking to purchase the mansion – which is located in an exclusive millionaires’ resort in Forte dei Marmi, Italy – by the end of the summer as a holiday home for his family.

However, reports in Italy have claimed that any hopes of buying the property have collapsed after it was revealed that it was owned by an unnamed Russian oligarch with close links to Vladimir Putin.

Following Russia’s invasion of Ukraine back in February, Italy has been seizing villas and yachts from high-profile Russians linked with the country’s president.

As a result, Pirlo, who paid the deposit on May 30 and was set to pay a further £2.6m for the villa in question by August 31, will now have to take the massive financial hit after the civil courts in the province of Lucca ordered the seizure of the two villas owned by the Russian, according to Italian news outlet La Nazione.

Andrea Pirlo is set to lose out on a £500,000 deposit he put down on a luxurious villa in Italy

La Nazione are reporting that the Russian oligarch has ‘very close’ ties to Putin and turned to buying luxurious Italian properties in 2018.

Juventus legend and the club’s former manager Pirlo is no stranger to the town of Forte dei Marmi, which is located in the north west of Italy.

The iconic midfielder had his sights set on joining Italy’s most exclusive VIPs and multi-millionaires already set up in the neighborhood of Perla della Versilia, which is immersed in a forest and is a stone’s throw from the beach.

After his sacking as Juventus boss last year, the 43-year-old was hired as manager of Turkish league side Fatih Karagumruk earlier this month.

Pirlo paid the deposit on May 30 and was set to pay a further £2.6m for the villa by August 31

Pirlo, pictured with girlfriend Valentina Baldini, was looking to buy the villa as a holiday home